Who were the best players of the season? 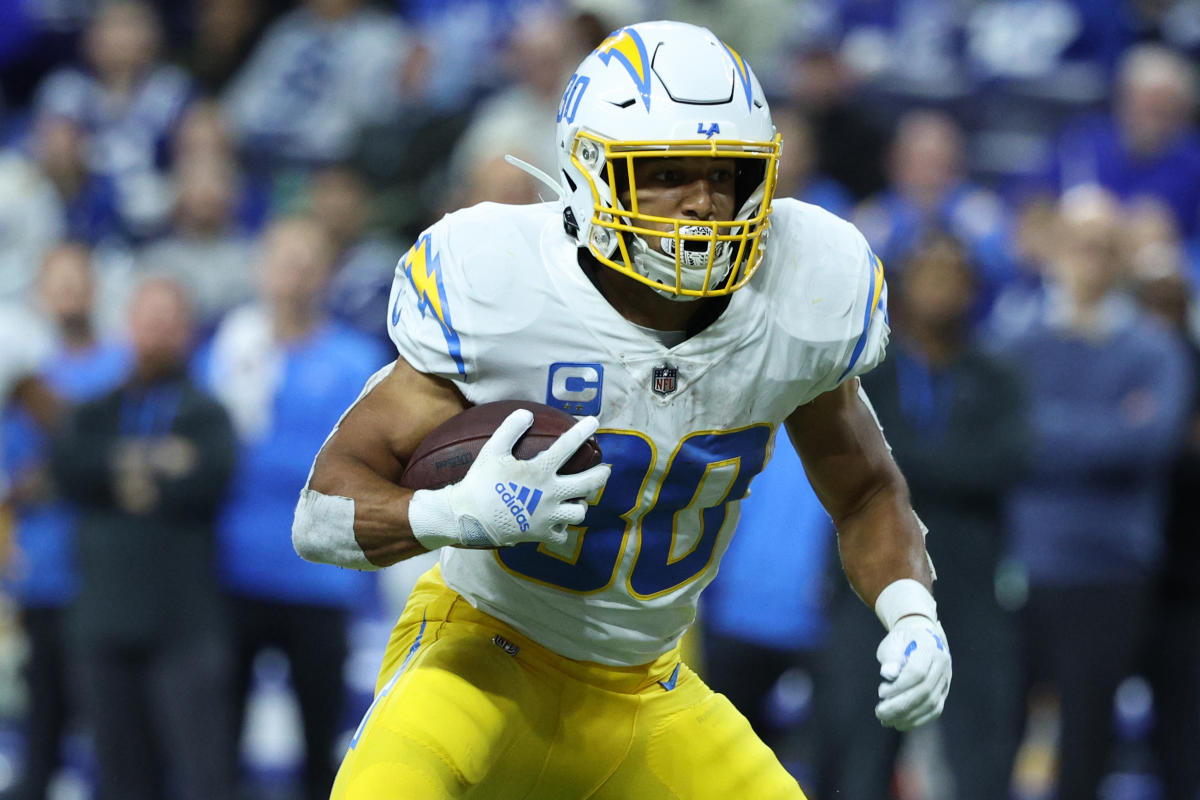 Most Fantasy football leagues do not include Week 18, so it’s a good time to hand out some hardware and specialty lists for the 2022 fantasy season. Get dressed to the nines, hop in your limo, walk the red carpet and let’s open some envelopes.

Despite an ordinary set of wideouts, Mahomes is headed for his second MVP award and his second career QB1 finish. Mahomes leads the league in passing yards, touchdowns and QBR, and he’s pushed his YPA back over the 8.0 mark.

He’s the best player in the league at the moment, and I don’t think anyone’s all that close.

Hurts had a rising ADP all summer, percolating up to QB5 in the final draft week of the season (per NFFC data). But his improvement as a passer combined with dynamic running and constant goal-line equity made him remarkably consistent. He probably had the MVP in his back pocket before his December injury.

It looked like the Seahawks were rebooting when they traded Russell Wilson, but Smith played at a Pro-Bowl level most of the year (while Wilson fell apart in Denver). The Rams ran away from Goff two years ago, but he showed his chops with a plucky Detroit team, making handy use of an underrated supporting cast and a creative offense design.

[For a limited time, get Verizon’s best price ever on Welcome Unlimited]

Jones doesn’t have a lot of help at receiver, but he’s improved his decision-making and remains a dynamic runner. Coach of the Year could go to several candidates, but I lean towards New York savior Brian Daboll.

Ekeler was an efficient touchdown scorer (18 spikes, 13 on the ground) and the runaway leader in running-back targets and receptions. The Chargers needed Ekeler more than ever Mike Williams and Keenan Allen missing extensive time, and Ekeler was up to the task.

I was one of the analysts worried about Jacobs, noting the team passing on his player option and concerned about the offensive line. Jacobs led me flat wrong, rambling to a RB3 finish. Sanders was part of a perfect Philadelphia fantasy offense, a high-scoring team with a highly concentrated usage tree. Sanders lost some touchdowns to Hurts of course, but Philadelphia did not use a second running back proactively. Score another win for positive touchdown regression.

The Patriots’ offense was a difficult watch most weeks, with Stevenson the only exception.

Williams is one of Detroit’s spirit animals, an automatic plug-in at the goal line and a consistent fantasy scorer. No matter how many splash plays D’Andre Swift contributed, the Lions never wavered from Williams’ role. McKinnon earned Kansas City’s trust as a pass-catcher and pass-protector and ran clean with late-season receiving touchdowns. Allgeier was one of the rare running back wins from the rookie pool this year, coming on late and earning the heaviest touch share. Foreman deserves props for an amazing comeback from his torn Achilles.

Pollard’s big-play ability pushed him inside the top 10 at the position, while Elliott’s goal-line equity kept him inside the top 20. Don’t let Pollard’s upside obscure that Elliott is still a decent player. Zeke has faded away as a receiver, but he’s scored touchdowns in nine straight weeks, providing a lovely fantasy floor.

Jefferson was contained by the Packers secondary in Week 17, but it’s hard to fault a guy who scored 25 or more points the three previous weeks. Jefferson leads all receivers in targets, catches and yards, making up for a slightly disappointing touchdown count. He might be the consensus 1.01 pick next year.

Tyreek Hill, Davante Adams and AJ Brown were stars on the move before the season, and they all thrived in their new arenas, sitting WR2, WR3 and WR4, respectively. All three have logged some time with backup quarterbacks this year, but it hasn’t slowed them down. Some talents are too big to fail.

Smith sits WR10, another piece of Philadelphia’s perfect fantasy setup. St. Brown’s smashing finish to 2021 was validated by a dynamic full season. If you knew Smith would be fine in Seattle’s pilot chair, you likely acquired Metcalf and Lockett at ridiculous summer ADP values.

Wilson and Olave outkicked their preseason ADPs, Wilson despite erratic Jets quarterback play. Wide receiver is the position least likely to offer fantasy juice off the wire; Jones (WR24) is the best pick from an uninspiring lot. It helped that Trevor Lawrence flashed superstar potential at the end of the year.

Two other names worth mentioning: Donovan Peoples-Jones (WR36) was handy, especially in those pesky bye weeks, and Christian Watson (WR39) was a classic late-developing rookie wideout, a fantasy boost down the stretch.

The gap was mildly closed in the final quarter of the year, but Kelce nevertheless rolled to a TE1 finish that was never in doubt. He outscored TJ Hockenson (the TE2) by about 84 points; that’s roughly the same difference between Hockenson and Zach Ertzthe TE18.

It might be a stretch to call Hockenson a league winner, but he had a TE7 tag in the final draft week and he’s going to finish TE2. That works. A midseason change of team didn’t hold him back at all.

It took a while for the Jaguars to figure out Engram, but he was dynamite in December. Hill could have been more impactful had the Saints truly accepted him as a regular part of the offense; on too many Sundays, he was oddly forgotten. Johnson’s usefulness was mostly about touchdown equity, but that’s what we’re generally chasing with waiver-wire tight ends. Give us a shot from in close.

The Jackson-Tagovailoa explosions came in the same game, with Miami crafting an amazing comeback. Brady and Evans were the only quarterback-receiver combo to score in concert to this extreme. Evans, of course, broke an 11-game scoreless streak with that binge against Carolina.

George Kittle did not crack the 30-point barrier, but he scored five touchdowns over the last three weeks, clicking with Brock Purdy. Hockenson had a 29.40 explosion against the Giants in Week 16.

Of the 17 instances listed here, only one of them came from a team that lost its game. Not many will remember the Indianapolis-Minnesota game for the Colts D/ST — they’ll remember Minnesota’s crazy comeback, in front of a national audience. When in doubt with D/ST picks, you want the leverage that comes from a team controlling its game.