What can’t the House do without a Speaker? 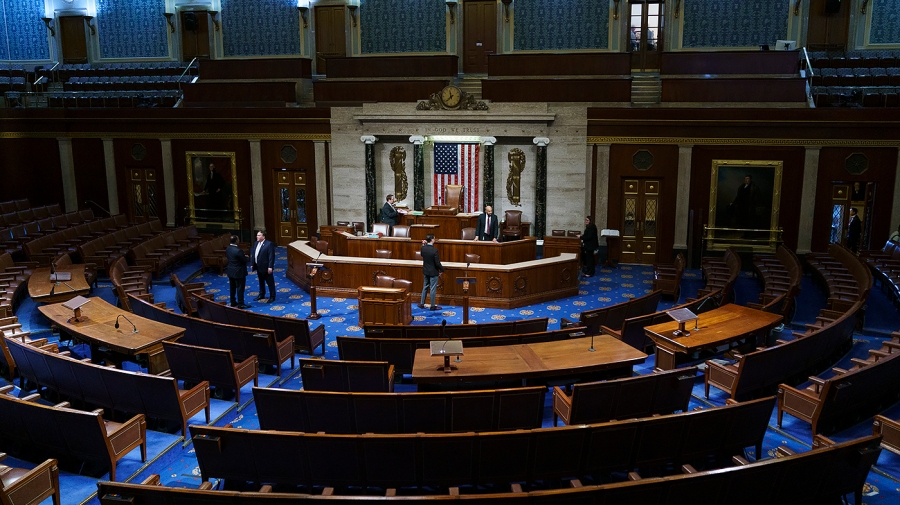 Concerns are rising around Capitol Hill as the two-day impasse among Republicans over who should serve as Speaker effectively keeps the chamber in limbo.

Republicans have signaled some signs of progress within the party as talks remain ongoing; however, it remains unclear if House GOP Leader Kevin McCarthy (Calif.) can cobble together enough votes to take the Speaker’s gavel.

Frustrations are running high on both sides, as members say the stalemate is keeping Congress from performing basic functions. Below are just a few of those operations.

One of the biggest hang-ups lawmakers point to is the effect the delay has had on the ceremonial swearing-in of new members.

Experts say lawmakers are effectively stuck until the House accepts a Speaker — a delay that is also keeping Congress from installing heads of its various committees.

The historic stalemate marks the first time in a century that a Speaker was not determined in the initial ballot. But with six ballots down and the path to resolving the impasse uncertain, it remains unclear when Republicans will be able to find a solution.

Representative Brendan Boyle (Pa.), who is set to become the top Democrat on the House Budget Committee, said he hasn’t been able to meet with his “Republican counterpart because that hasn’t been chosen yet.”

“​​They’re not going to choose committee chairs like contested races until after the vote for Speaker,” he said.

Bringing legislation to the floor

Republicans lament the hold-up the fight has had on legislation that House GOP leadership had hoped to bring up at the start of the new Congress.

“People care about real issues like border security, like inflation, like energy reliability, oh, like defining the 87,000 IRS agents — which is what we would’ve voted on today,” Rep. Dan Crenshaw (R-Texas) said late Tuesday.

Crenshaw is referring to legislation Rep. Steve Scalise (R-La.) said the newly GOP-led House is supposed to vote on that funding targets aimed at bolstering the IRS — part of a sweeping economic bill Democrats passed without GOP support last year.

The GOP-backed legislation faces a tough road ahead in the Democratic-led Senate. But it is among a list of ambitious bills spanning hot-button issues such as abortion, immigration and crime that are key to the party’s agenda.

The longer the fight drags out, the longer members on both sides say it will take for the chamber’s various committees to begin their work.

“Committees can’t hire their staff members as well because there are no committee chairs and ranking members,” said Rep. Pete Aguilar (Calif.), the incoming chairman of the House Democratic Caucus.

Representative Adam Schiff (D-Calif.), who previously chaired the House Intelligence Committee, told The Hill on Wednesday that the Intelligence panel is among those that would likely see the biggest impacts from the hold-up, noting, “Nobody on our committee can go down and get briefed on things.”

“We have a third, one of our three branches of government, offline right now. That is a very dangerous thing for our country, and it cannot continue much longer,” he also said.

Representative Mike Gallagher (Wis.), who serves on the Intelligence panel and the House Armed Services Committee, told reporters on Wednesday that he also ran into problems, pointing to a planned meeting with the chairman of the Joint Chiefs of Staff.

“I’m a member of the Intel Committee. I’m on the Armed Services Committee, and I can’t meet in the SCIF [sensitive compartmented information facility] to conduct essential business. My point is we have work to do that we can’t do right now,” he said at a press conference.

Boyle also said lawmakers might not have until even mid-January to resolve the issue before some staff could see issues with pay.

“I believe there’s a date of Jan. 13, regarding pay for committee staff,” Boyle said. “So that’s one date to look at if this dysfunction were to continue that long.”

In a guidance from the House Administration Committee first reported by Political last monthcommittees were warned of the risk a delay in installing a Speaker would have on pay for certain staff.

“Committees need to be aware that should a House Rules package not be adopted by end of business on January 13 no committee will be able to process payroll since the committee’s authority for the new Congress is not yet confirmed,” the memo stated, according to the report.

For the latest news, weather, sports, and streaming video, head to The Hill.