We’re All Stressed, and Your Next Wearable Will Know It 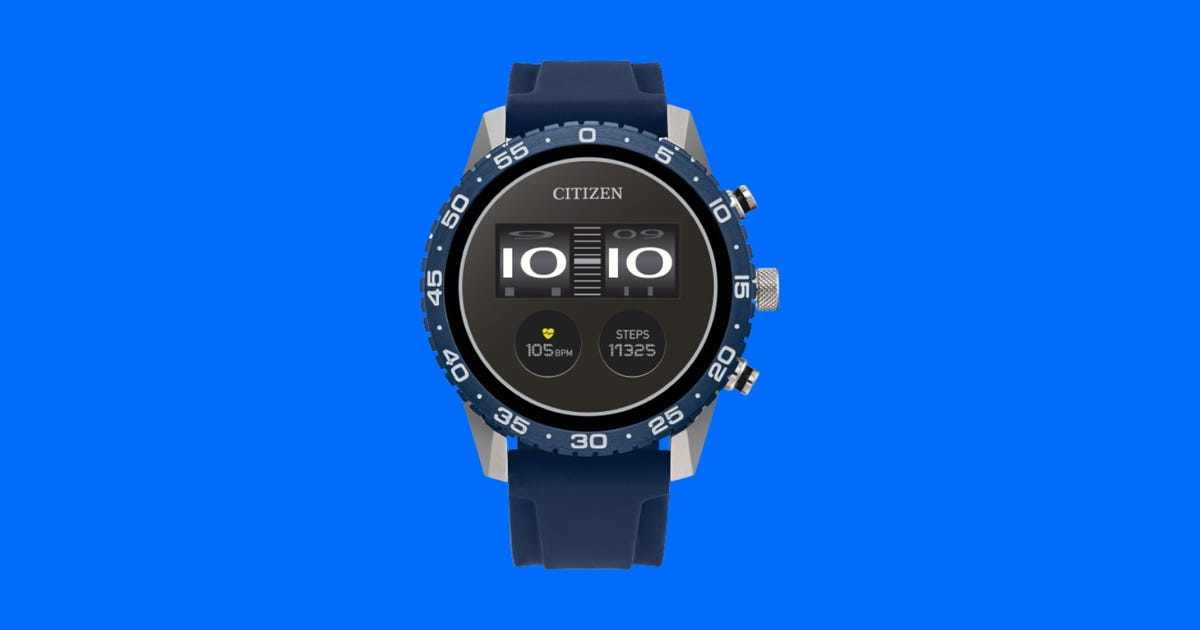 Wearables can already track a dizzying number of bodily statistics, from heart rate to blood oxygen levels and skin temperature. If the new devices shown at CES 2023 are any indication, the next wave of smartwatches and wristbands aim to gain a better understanding of your alertness, fatigue and stress levels, too.

Watchmaker Citizen and smaller brands like BHeart and Nowatch have all announced new wearables that claim to pay close attention to your mental well-being. The shift towards stress tracking isn’t necessarily new, as I wrote in September when covering Fitbit’s Sense 2 and the Happy Ring. But the announcements at CES suggest that tech companies are interested in monitoring other factors that play into mental wellness.

The launches come as stress has been on the rise in the US because of factors like political divisiveness and inflation in addition to the pandemic, according to the survey conducted by the Harris Poll on behalf of the American Psychological Association.

“Modern life was hard enough with constant technology and ever-present communication and the pace of life,” Dr. Debra Kissen, CEO of the Light On Anxiety Treatment Center, which specializes in cognitive behavioral therapy services, previously said to CNET. “And then throw in a pandemic, and I think it really brought mental health concerns that were always undeniably there to the surface.”

This recent interest in exploring the link between physical and mental wellness also comes as annual smartwatch upgrades aren’t as pivotal as they used to be. Now that smartwatches have matured and the problems that plagued early devices have been addressed, companies large and small are searching for what’s next.

Citizen says its new CZ Smart watch uses tools built based on research from the NASA Ames Research Center Fatigue Countermeasures Laboratory to assess fatigue and alertness levels. One of the biggest features that separates it from other wearables is its Alert Score, which it generates after you take the Alert Monitor test in Citizen’s YouQ wellness app. That test is based on the Psychomotor Vigilance Test that NASA has used to assess astronauts’ alertness.

The watch also wants to help you understand whether you’re a morning or evening person by analyzing your sleep patterns and Alert Scores. The overall goal is to combine these readings with more traditional metrics like heart rate and activity to make suggestions about how to address fatigue and increase your alertness. The “casual” finish starts at $350 (roughly £290, AU$520), while the “sport” edition starts at $375.

Health tech company Baracoda’s Heart band grabbed headlines for its self-charging design that the company claims uses motion, body heat and sunlight to power itself. But the wristband is also another example of a new wearable attempting to provide mental health insights in addition to tracking physical metrics.

It claims to calculate stress management readings using heart rate variability. The app may suggest that users take a walk or do some yoga to relax based on those readings. Since it’s a watch band and not an actual watch, you can also wear the BHeart strap with any standard watch that has a lug width of 18 to 22 centimeters. The band starts at $100 and launches in April.

The Nowatch claims to estimate stress and cognitive performance

If you couldn’t tell from the name alone, the Nowatch isn’t a watch. It’s a screenless wellness tracker that claims to measure stress and cognitive performance.

The company worked with Philips on sensors that can measure electrodermal activity — or changes in sweat — to estimate stress levels. Fitbit uses similar technology in its Sense and Sense 2 devices. Users can also press the crown on their watch to mark specific stressful moments so that the watch can log it within the app. That sounds a bit different than Fitbit’s approach with the Sense 2, which can automatically flag potential signs of stress in addition to performing on-demand stress readings.

But one of the Nowatch’s more unique offerings is its Predicted Cognitive Zone feature, which the company says can provide insight on the wearer’s cognitive performance based on their physical state.

The Nowatch starts at $499, although the company is temporarily selling it for $369 until Jan. 9.

The next step for wearables

It took years for smartwatches, smart rings and fitness bands to turn sleep and activity data into meaningful insights that actually feel useful. Now, companies are seemingly setting their sights on addressing other factors that impact our health like stress, burnout and lack of sleep.

In addition to the new devices at CES, Fitbit debuted the second generation of its Sense smartwatch last fall — which doubles down on the stress tracking tech it introduced in the first model. Polar also announced the Ignite 3 watch in November, which claims to pinpoint the time of day in which you’ll be most alert based on your sleep cycles. Biogen announced in 2021 that it was collaborating with Apple on a research study to investigate the role that the Apple Watch and iPhone could play in monitoring cognitive performance.

Of course, it’s important to remember that these are just claims for now. It’s impossible to know whether these tools are accurate or useful without using them. The devices also arrive at a time when there’s increased awareness and scrutiny over the amount of data that tech devices gather about their users.

Dr. Charles A. Odonkor, assistant professor at the Yale University School of Medicine, also previously told CNET that changes in bodily markers like heart rate, perspiration and blood pressure may not always indicate stress and could be a sign of other conditions.

Still, the arrival of devices like these suggest that the next frontier for wearables could be about much more than just motivating you to hit the gym.