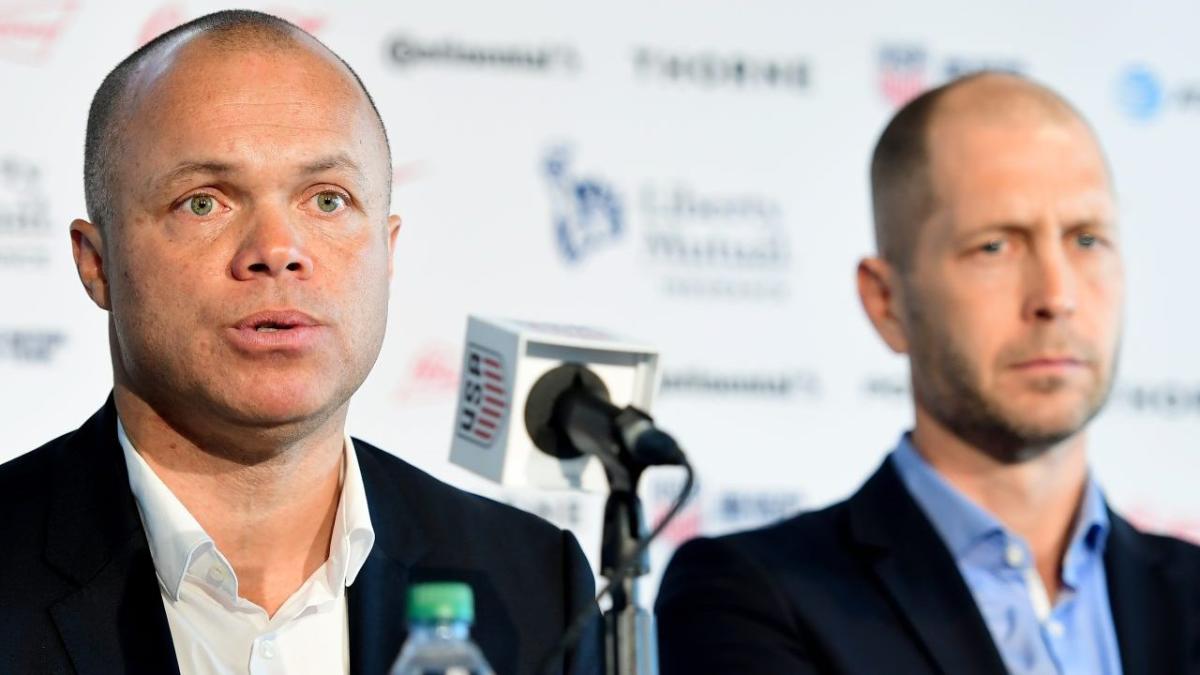 US Soccer has found himself again embroiled in a messy and very personal controversy as his investigation into an allegation of domestic violence against US men’s national team coach Gregg Berhalter continues to unfold.

In a press conference Wednesday, US Soccer shed little light on any details of the investigation it commissioned upon learning of the allegation against Berhalter late last year, which is being conducted independently of the federation, citing its ongoing nature.

“Over the past couple of years under our new leadership team, we’ve made important changes in how US Soccer operates, especially as it relates to how we handle allegations of misconduct,” US Soccer president Cindy Parlow-Cone said on the call. “We take allegations seriously. We investigate them and handle the communication with transparency. This is why on Dec. 11, we initiated an investigation into an allegation of past misconduct against Gregg Berhalter. We hired a top-notch team of high integrity, experienced outside investigators to gather the facts about the allegation against Gregg and to follow the facts wherever they may lead. This now includes investigating potential inappropriate behavior towards multiple members of our staff by people outside of the organization.”

The investigation into Berhalter, who coached the men’s national team at the World Cupwas initiated in December—just three months after the lengthy Sally Yates-led investigation into widespread abuse within women’s soccer slammed US Soccer for substantial systemic failures—after the federation was made aware of the allegation against the men’s team coach.

US Soccer said Tuesday that it “immediately hired Alston & Bird LLP to conduct an independent investigation into the matter,” adding that the scope of the investigation has broadened since it began to include allegations of potentially inappropriate behavior toward members of its staff by “individuals outside of our organization.”

In a Tuesday statement signed by both Berhalter and his wife, Rosalind, the couple acknowledged an incident that took place in 1991 shortly after they began dating as students at the University of North Carolina. They said they had an argument that became “heated” as it moved outside of a local bar and eventually became physical when Gregg kicked Rosalind in the legs. The incident was not reported to the authorities, but Berhalter says he sought counseling and confided in friends and family. The couple broke up before reconciling several months later.

Danielle Reyna, who played soccer at UNC alongside Rosalind Berhalter and is married to the former USMNT captain Claudio Reyna, told The Athletesc Wednesday that she unintentionally sparked the investigation after a conversation with US Soccer sporting director Earnie Stewart, whom she called “a close friend.” The Reynas’ son, Gio, was a member of Berhalter’s 2022 World Cup squad, although his playing time in Qatar was limited. Claudio Reyna and Berhalter played together in youth and high school leagues while growing up in New Jersey and eventually spent more than a decade together on the US national team, adding to the complex web of personal relationships involved in this investigation.

Danielle said she called Stewart on Dec. 11 after Gio was assumed to be the subject of comments made by Berhalter while speaking at a conference on moral leadership after the team’s elimination from the 2022 World Cup. (Without naming Gio, Berhalter said he almost sent a player home from Qatar for failing to meet expectations of conduct on and off the field. Gio responded to Berhalter’s comments in an Instagram fast the next day, acknowledging that he “let my emotions get the best of me and affect my training and behavior.”)

Reyna says she reached out to Stewart to prevent “further unwarranted attacks on my son” and added that she thought their conversation would remain confidential.

“I did call [Stewart] on December 11, just after the news broke that Gregg had made negative statements about my son Gio at a leadership conference,” Danielle Reyna said in her statement. “As part of that conversation, I told [Stewart] that I thought it was especially unfair that Gio, who had apologized for acting immaturely about his playing time, was still being dragged through the mud when Gregg had asked for and received forgiveness for doing something so much worse at the same age.”

Reyna also alleged that the Berhalter’s recollection of the incident “significantly minimizes[s] the abuse on the night in question.”

Berhalter, who did not identify Reyna in his statement, seemed to allege that threats were made by whoever reported the incident to soccer’s governing body. He said an individual contacted US Soccer with “information about me that would ‘take me down,'” which he characterized as “an effort to leverage something very personal from a long time ago to bring about the end of my relationship with US Soccer.”

Danielle and Claudio Reyna both denied making any threats, blackmail attempts or demands for Berhalter to be fired. US Soccer did not address whether or not threats were made, citing the ongoing investigation.

Berhalter’s contract with US Soccer expired on Dec. 31, 2022. Assistant coach Anthony Hudson was tapped Wednesday to serve as the USMNT’s head coach for its upcoming training camp and friendlies taking place this month.