The Impact of Cyberbullying on Mental Health 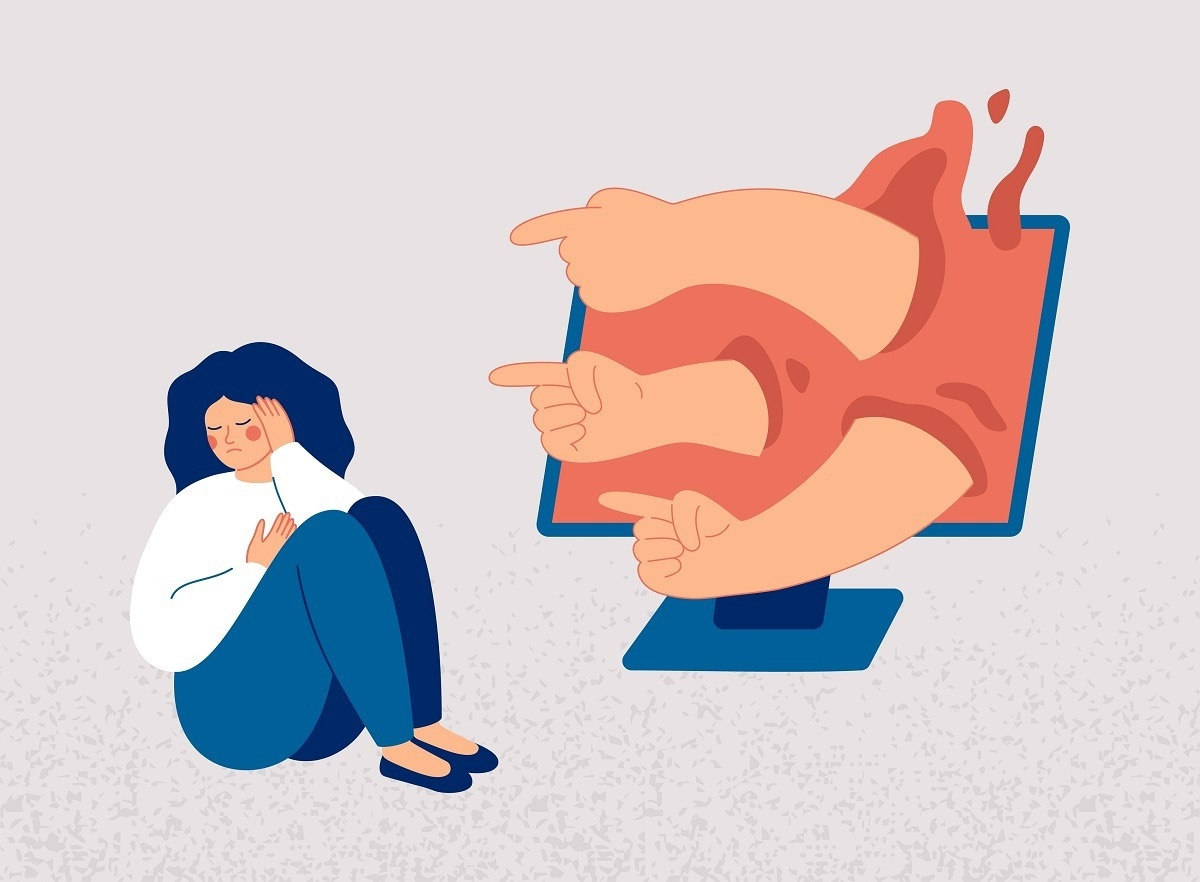 Cyberbullying is bullying with the use of electronic devices and is prone to causing mental health issues such as depression and anxiety for both the victim and perpetrator. Cyberbullying can come in many forms, such as texting derogatory messages, sending threatening e-mails, forwarding confidential pictures or messages, or posting on social media forums, and can become just as serious as traditional bullying.

Bullying is deliberate and unprovoked aggressive behavior that is acted repeatedly, usually by someone in a position of power over the victim, be it physical, social, or psychological, in an effort to cause harm. Cyberbullying specifies this action when performed away electronic devices, over the internet, or by texting and calling.

Clearly, physical interactions are limited over remote devices. Thus, cyberbullying usually takes the form of repeated offensive, threatening, humiliating, or otherwise harmful interactions, often with added complications owing to the anonymity and around-the-clock access of cyberbullies to their victims.

The form that bullying takes and the frequency with which it occurs varies culturally and demographically, although it occurs among children and teenagers at similar rates despite wealth and education level. Over a quarter of adolescents are involved in traditional bullying as bullies, victims, or both, and it is thought that rates of cyberbullying are likely similar or higher.

The role of social media in cyberbullying

As people become more familiar with and exposed to social media, the opportunity to cyberbully increases. Social media platforms that allow free and open commenting can become a very fearful environment for cyberbullying victims, where threats, aggressive, demotivating, or offensive comments or messages, or edited pictures or videos, can be made and shared outside of the victim’s control before they have chance to respond.

Embarrassment over the issue can lead to people hiding online bullying from their friends and family in real life, further fueling feelings of isolation, depression, and anxiety. A lack of awareness and support can also create a barrier for the victims to open up about their problems and lead to unstable mental health.

The mental health of cyberbullies

Studies on the psychology of traditional bullies show that they tend to feel more positive attitudes towards aggressive retaliation, indifference or satisfaction when bullying or seeing others bullied and that the victim deserves it. Unsurprisingly, these individuals often show a weak or moderate relationship between empathy and bullying others.

The greater anonymity and wider audience available to cyberbullies have been thought to play into feelings of power experienced by cyberbullies. The lack of immediate response to their actions has been suggested to encourage even harsher bullying. Many cyberbullies are also traditional bullies, and the lack of empathy displayed by such individuals is likely to be magnified without direct human interaction and immediate response to their aggression.

Rates of stress, depression, and anxiety are higher among students involved in cyberbullying than those not, with Ybarra and Mitchell (2004) reporting that of those who cyberbullied, 39% dropped out of school, 37% showed delinquent behavior, 32% engaged in frequent substance abuse, and 16% were severely depressed. Other studies suggest that depression rates are lower among cyberbullies than traditional bullies, although, as mentioned, the two groups often strongly overlap.

Similarities and differences to conventional bullying

Demographically, female students show a higher risk of becoming depressed as a result of cyberbullying than male students and may be more likely to be involved as both perpetrators and victims. A study conducted by Beckman et al. (2009) showed that traditional victims of bullying were roughly equally likely to be male or female, while girls are somewhat more likely to be cyberbullied than boys.

A survey by Campbell et al. (2013) found that driving factors in cyberbullying include reduced social and contextual cues and a perceived lack of consequences. Several major reasons that a traditional bully may stop or avoid their actions in the first place are missing from the online context, such as empathy upon seeing how upset the victim is or fear of social consequences from peers and those in authority.

Preventing and lessening the psychological harm of cyberbullying

Education and dissemination of information around cyberbullying will help teach a new generation about online ethics and morals, encouraging the understanding that anonymous comments are not made in a vacuum and that the victim of cyberbullying is an object of empathy.

School counselors and mental health professionals working in the education sector play a vital role in helping students suffering from psychological symptoms due to cyberbullying. It is essential to educate the students and parents about cyberbullying and psychological symptoms to know how to report the bully or handle the issue when they encounter such circumstances.

People involved in bullying as bullies or victims seem to possess poor attachment towards parents and high rejection of peers. Seeking counseling or therapy can help with psychological problems and improve the coping mechanism. Empathy training, communication, and social skills can help the individual cope with the trauma. Interventions like group counseling, role-playing, group projects, discussion, and lectures have a very strong effect on preventing cyberbullying and helping with the mental health of the victims.

Removing anonymity from online spaces could also remove one of the major factors encouraging or allowing cyberbullying, although depending on the venue may present a safety or privacy concern to all involved.