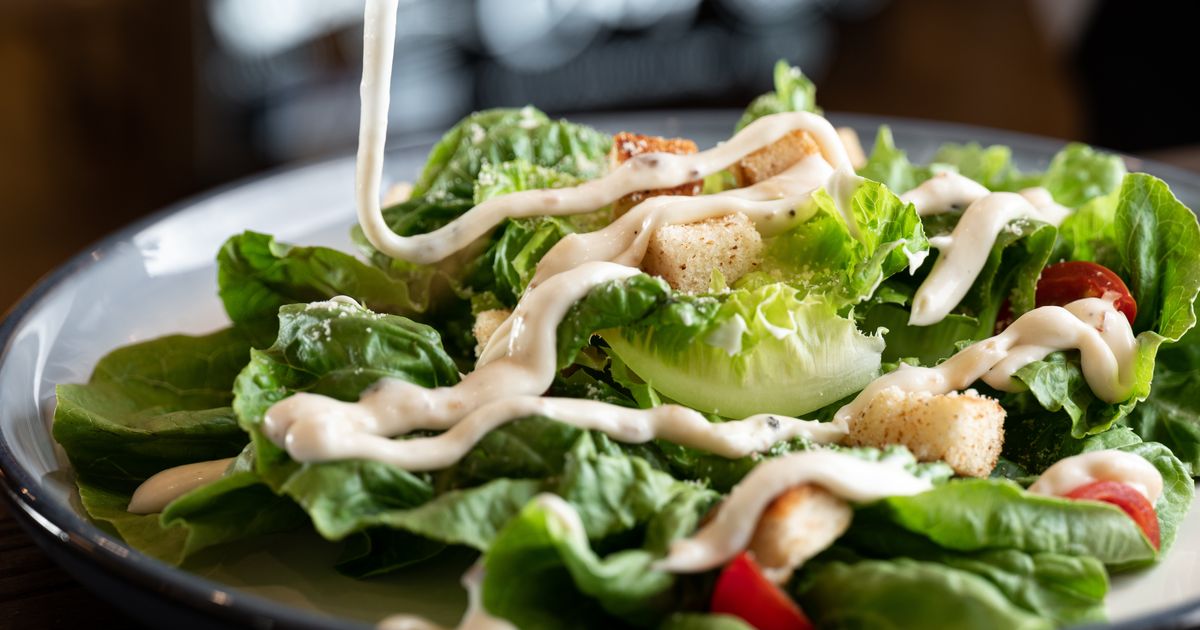 Salads are one of the first foods many people think of when they want to opt for a healthy meal. Unless you’re going for a chicken, tuna, egg or pasta salad, it’s a meal choice guaranteed to be full of veggies, which means you’ll be getting lots of fiber (an important nutrient the vast majority of people in the US don’t get enough of) and other nutrients.

But a salad without dressing can be, well, boring. Depending on the type of dressing you go with, how you top off your salad can either make it even more nutrient-rich or subtract from the benefits. That’s why it’s important to know which dressing ingredients can make your salad healthier and which ones to avoid.

The first decision involved in choosing a salad dressing is figuring out if you want a creamy dressing or an oily one. In terms of nutrition, Bonnie Taub-Dix, a registered dietician and the author of “Read It Before You Eat It: Taking You From Label To Table,” said creamy dressings tend to be higher in saturated fat than oily dressings, with the saturated fat coming from both oils and dairy.

“These types of fats are not as healthy for us [as unsaturated fats]and the American Heart Association recommends that saturated fats make up less than 6% of one’s diet,” Taub-Dix said.

While you may not think of creamy salad dressings as having oil, registered dietitian Melissa Rifkin says store-bought dressings often do, which can increase the amount of saturated fat. Still, this doesn’t automatically mean that an oily dressing is more nutritious than a creamy one.

“The oil will determine the ratio of fats in the dressing and plays a significant role in how ‘healthy’ the dressing is,” Rifkin said.

For example, olive oil has a higher amount of unsaturated fats (which, unlike saturated fats, are good for heart health) than vegetable oil, making it a healthier option.

No matter what kind of salad dressing you’re eyeing, Taub-Dix said it’s a good idea to read the nutrition label, not only to check the saturated fat content, but also the sugar, sodium and calories if one of your health goals is weight loss. It’s worth it to read the ingredients list, too, and keep an eye out for five specific ingredients that the dietitians said have little or no nutritional value.

Palm oil can pop up in both creamy and oily dressings, and it’s a top ingredient that Taub-Dix said to avoid. By now, you might have an inkling as to why. Yep, it’s high in saturated fat.

“Dressings made with avocado oil or olive oil are healthier,” Taub-Dix said.

You may not think of sugar as being used in salad dressings, but all three dietitians say it’s pretty common.

“Often, fruity types of salad dressing, like a raspberry vinaigrette, will be higher in sugar content,” Taub-Dix said. Other popular salad dressings that use sugar include honey mustard, sweet Italian dressing, poppy seed and French dressing.

In general, the American Heart Association says to keep added sugar intake under 6 teaspoons (or 24 grams) a day for women, and 9 teaspoons (or 26 grams) a day for men. Eating a diet high in sugar is linked to a slew of health problems, including obesity, type 2 diabetes, cardiovascular disease, some types of cancer and Alzheimer’s disease.

While the amount of added sugar listed on the nutrition label may be quite low, Rifkin said it’s important to keep in mind that the amount of dressing you use on your salad may be more than a serving size.

“A serving of dressing is generally considered to be two tablespoons, which is much less than what most people use,” Rifkin said. “The amount of sugar in a dressing becomes even more important when dressing is consumed in larger amounts.”

“Salt is a common ingredient in all dressings and should be monitored by those who have high blood pressure,” Rifkin said. The reason for this is because salt contains sodium, and a diet high in sodium increases the risk of cardiovascular disease. According to one scientific study, the risk of cardiovascular disease increases up to 6% for every gram of sodium intake.

The American Heart Association recommends capping sodium intake at 2,300 milligrams a day, which is about 1 teaspoon of salt. And if you already have high blood pressure, the daily recommended limit is even lower — 1,500 mg. Because salt is such a common ingredient, 90% of people in the US consume more than this recommended amount, so it’s definitely something to be mindful of.

Some types of salad dressings that are often high in sodium include Caesar, blue cheese and Thousand Island. Just like with sugar, Rifkin said the amount of salad dressing you may use is likely higher than what the nutrition label lists as a serving size.

Rifkin explained that monosodium glutamate (MSG) is used in some salad dressings as a flavor enhancer. It’s made from fermented carb sources, such as sugar beets. It’s often used in salad dressing for its umami flavor, which it is quite literally mouthwatering.

Some scientific studies show that a diet high in MSG can cause inflammation in the body. Other studies have shown that consuming MSG regularly is linked to obesity, liver damage and central nervous system disorders. Because of these connections, Rifkin advised minimizing consumption.

Coconut oil may sound healthy, but Taux-Dix said it’s yet another ingredient that’s high in saturated fat, making it one to avoid. Just like with palm oil, she suggested skipping dressings with this oil. Go for ones with avocado oil or olive oil instead.

Avoiding these common salad dressing ingredients will keep your greens from turning into a calorie-laden sodium bomb.

If you’re still looking for flavor enhancement, don’t underestimate the power of fresh herbs, such as garlic, basil or thyme, Taub-Dix said. Not only do they add flavor, but herbs are full of antioxidants, which are good for heart health. That’s certainly something the ingredients listed above can’t claim!

Of course, enjoying your salad is important too, and most things in moderation are completely fine, Newman said. So, if you love a dressing that’s full of the ingredients listed here and isn’t technically “healthy,” that’s OK. Just keep that in mind and don’t fool yourself into thinking that your romaine covered in blue cheese dressing with extra bacon bits is going to be your healthiest meal.

Some meals are simply for enjoyment, not nutrition. And that’s OK, too.