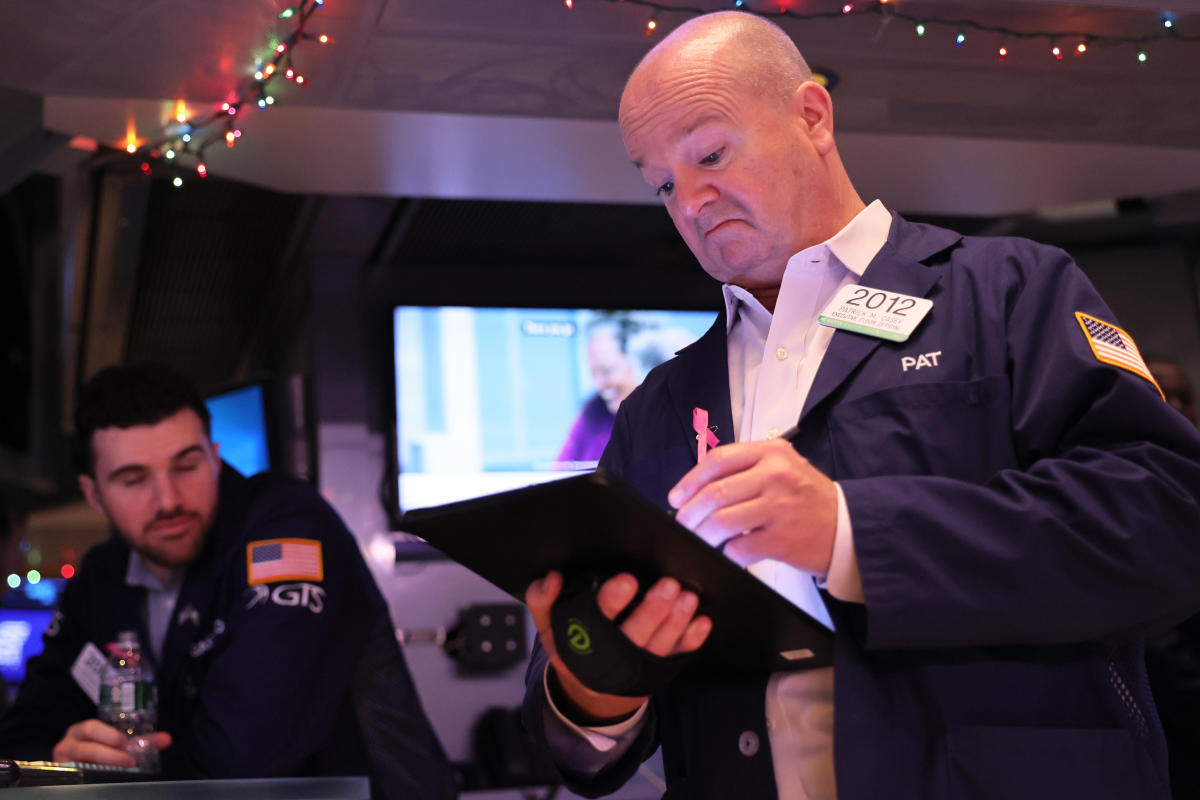 US stocks sank Thursday after economic data showed continued tightness in the labor market that is likely to keep the Federal Reserve on track for higher interest rates. Investors also look ahead to tomorrow’s key monthly jobs report.

The ADP National Employment report showed private payrolls grew by 235,000 jobs in December. Economists surveyed by Bloomberg called for an increase of 150,000.

Elsewhere in economic data, filings for unemployment insurance also fell to 204,000, the lowest since September, in the week ended Dec. 31 from the previous week’s downwardly revised reading of 223,000, the Labor Department said Thursday.

The reports were the latest to reflect strong demand for workers, even as the Federal Reserve presses on with aggressive monetary tightening to rein in inflation. ADP’s data and weekly jobless claims follow a separate measure Wednesday that found job openings fell less than expected last month and remained high. The Labor Department’s monthly nonfarm payrolls survey due out Friday morning remains the most important reading for Fed officials and investors attempting to predict the next policy move.

“While we will get a better overall picture of the jobs market tomorrow, private payrolls beating expectations and jobless claims coming in below are indications that the labor market remains resilient,” Morgan Stanley Global Investment Office Head of Model Portfolio Construction Mike Loewengart said in a notes. “These come on the heels of big-name companies announcing sizable job cuts so there is no doubt the market’s pressures are weighing on companies, but it remains to be seen when hiring will slow demonstrably.”

The figure marks the highest workforce reduction by a tech company in recent months as a growing number of names in the sector lay off workers to cut costs amid more challenging market conditions. Amazon lost roughly $834 billion in market value in 2022.

Bed Bath & Beyond (BBBY) said in a statement published Thursday that it is facing bankruptcy as it grapples with continued financial struggles. Shares tanked 30%.

Shares of crypto-focused Silvergate Capital (ARE YOU) cratered 42.6% after The Wall Street Journal reported Thursday the bank was forced to sell assets at a sizable loss to cover $8.1 billion in withdrawals following the bankruptcy of FTX. The plunge comes after the stock rallied 27% Wednesday.

In other crypto stock moves, Coinbase (COIN) shares fell 11.1% following a downgrade from Cowen to Market Perform from Outperform, citing a “fairly consistent drawdown” in trading volumes and risk from probable regulatory enforcement action after the collapse of FTX.

“There is low visibility for stabilization in retail trading volumes in 2023 following further December deterioration,” the firm said. “Potential SEC enforcement action is elevated post-FTX with regulatory certainty unlikely until 2024.”

Johnson & Johnson’s (JNJ) consumer health business Kenvue on Wednesday filed to be listed as a separate company, marking the first notable filing of a US initial public offering of the new year.

In other markets, oil prices rebounded after plunging nearly 10% over the past two days. West Texas Intermediate (WTI) crude futures, the US benchmark, rose 1% to around $73 per barrel.

Federal Reserve Bank of St. Louis President James Bullard said Thursday that interest rates are nearing a high enough level to bring down inflation but still maintained “the policy rate is not yet in a zone that may be considered sufficiently restrictive,” despite getting closer.

Stocks closed higher on Wednesday following a volatile session swayed by a readout of minutes from the Federal Reserve’s December meeting and economic data that, in addition to the higher-than-expected job openingsshown a dropoff in manufacturing activity for a second-straight month.

Fed minutes Wednesday shown officials opposing an “unwarranted” easing of financial conditions, even as they welcomed cooling inflation, and the need to maintain a “restrictive policy stance” until data is more promising.

“Don’t expect them to soften their inflation line until it becomes obvious that a serious shift in the data is underway,” he added.