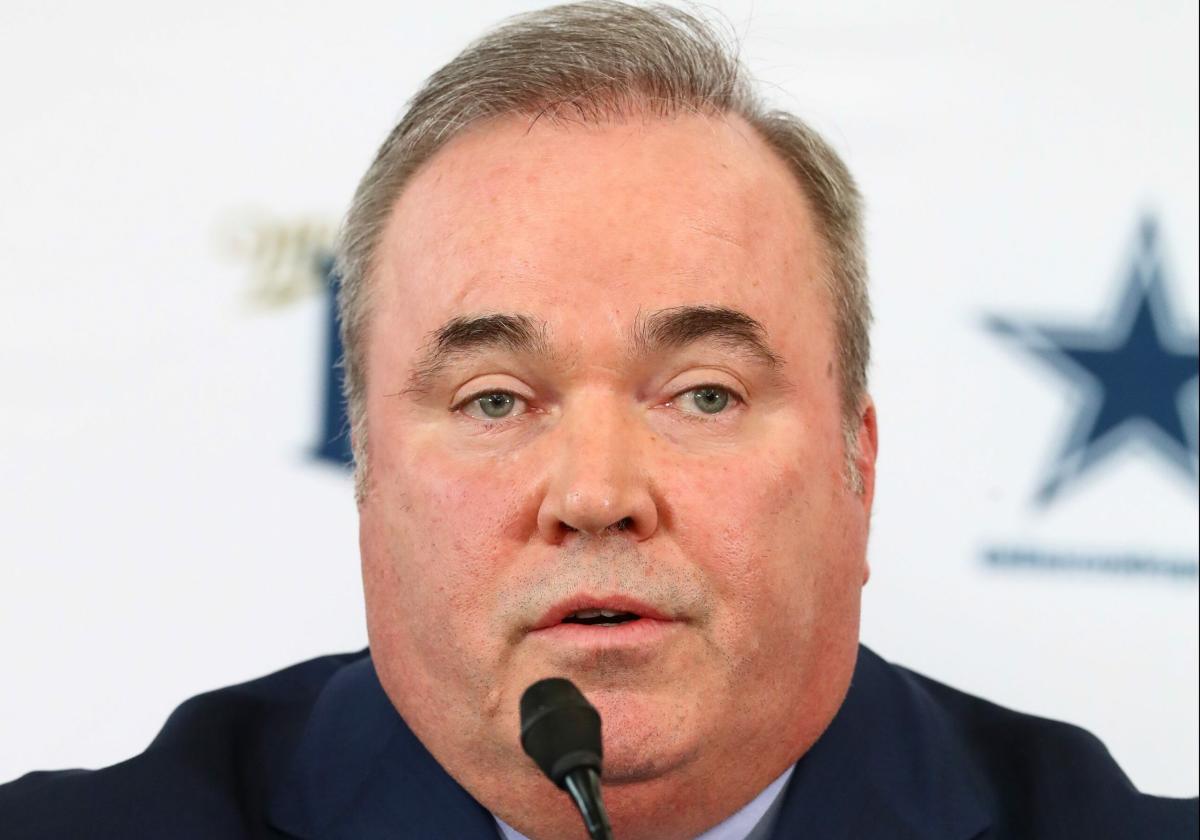 The Dallas Cowboys are headed to Washington this week. While the nation pops their popcorn and settles in as political theater plays out in the nation’s capital over the Speaker of the House vote, Thursday was another day of preparation for head coach Mike McCarthy and his team ahead of their Week 18 tilt against the Commanders.

McCarthy was among several press conference speakers at The Star in Frisco, the house, err home of the Cowboys. Also appearing on Thursday were DeMarcus Ware and Darren Woodson, two of the 15 finalists for February’s vote for Hall of Fame induction. Here are some of the top quotes from everyone’s time behind the microphone.

“We are using this as a platform to say we are praying for you and hope that you get well soon.”

DeMarcus Ware sent a message to Damar Hamlin, who was injured during Monday Night Football, suffering cardiac arrest. Hamlin had to be resuscitated while on the field, but has begun making a major process in his recovery as the NFL and the world at large sends him well wishes.

McCarthy on the conversations the team has had since Damar Hamlin’s injury:

“Obviously the most important thing is Damar’s health and progress and that he gets back to where he needs to be with his family and his football team. I think it’s the energy is definitely picked up today because of the good news that we’re hearing out of Cincinnati.”

McCarthy said that it’s unusual for them to have the levels of discussions that are being had around the NFL as players grapple with Hamlin’s cardiac arrest and subsequent good news on his recovery.

“I mean I don’t know if it’s a turn of the page that quick obviously. Yeah great news though. Obviously just hearing that he’s been writing. I saw this morning that he’s responsive and yes gripping hands and now taking a step to write. I’m as happy as can be obviously. I think as everybody saw Monday night, right, the world went into a shock, right? And just now a couple days later, we just say prayer is powerful, God is great. It’s, yeah, it’s awesome. It’s awesome.”

McCarthy on Ware and Woodson’s candidacy for the Hall of Fame:

“When I think of DeMarcus Ware, the pass rush, both here and playing in Denver, and Darren Woodson, just being able to play nickel and strong safety without leaving the base defense, that was one of the first players I experienced.”

McCarthy was an offensive assistant through much of Woodson’s career, and offensive coordinator in New Orleans during Woodson’s final seasons in Dallas. He was head coach in Green Bay through almost the entirety of Ware’s career.

“We’re going to line up to play to win the game against Washington. But also we are cognizant of playing different combinations just to make sure we’re as ready as we possibly can be to be ready going into the playoffs.”

The Cowboys have started Tyron Smith at right tackle since Terence Steele’s injury and lost center Tyler Biadasz in Week 17. That caused Tyler Smith to move from left tackle inside to guard as Connor McGovern shifted to center. Jason Peters came in at left guard. It sounds like additional combinations will be tried on Sunday to find the best fit moving forward and prepare for contingencies.

“Definitely. Clearly from an offensive perspective, when you competed against DeMarcus Ware, every game plan I ever put in against him, he was the focal point. Whether we’re sliding the protection to him, helping with the tight end. Those are the type of players that keep the offensive coordinators up a little longer. There’s just no quit. It’s constant. You may feel like you have it under control for 55 or 60 plays, and then the two biggest plays of the game … he just had an incredible motor, obviously played at a high level for just such a long time.”

Ware has 138.5 career sacks, 117 of them in Washington. Parsons is setting records for most sacks in his first two seasons and has even received pass-rush tutorials from Ware since his rookie training camp.

“Give me that yellow jacket so I can do something with it.”

This was Ware, talking about how the platform afforded Hall of Famers allows former players to continue to be difference makers in people’s lives. Ware commented how fortunate he and Woodson are to have played 12 years in the league and emerge healthy and to now have a chance to be immortalized with the best to ever do it.

“I feel like we’re always one drive away. We jump out early on opponents then we always get one drive away. and then things kinda hit the fan.” – via The Athletic’s Jon Machota

The Cowboys have been one of the NFL’s top scoring teams since Dak Prescott returned in Week 7, averaging over 35 points a game. They also had 16 turnovers during that stretch.

Darren Woodson on finally making it to the 15 finalists level of the HoF process:

“Look, I didn’t play this game for recognition, but I did play the game at a high level for my teammates and I played at a high level to win championships. I didn’t care about the individual honors at the time but, in the end, when you put in that type of work … and you spend those long hours, you wake up early and stay late, and you take the criticism; and you’re away from your family, you want to be recognized.”

“We’re not [all] cut from the same cloth. I burn hot every single day. I wanna go hard all the time. This is a moment that I’m not going to take lightly.”

Woodson talking about his competitive nature.

Prescott on making it to back-to-back playoff appearances:

“That’s the biggest point when you talk about not hiding your scars and using your pain as your motivation or your purpose however you want to say it. It’s that there’s a majority of these guys were here last year and felt that and felt how close we thought we were but realized the things that we didn’t take care of and to be able to have those uncomfortable conversations and grow from that.”

The Cowboys haven’t made back-to-back postseason appearances in Prescott’s tenure, or at all since the 2006 and 2007 seasons. It’s often talked about how teams often need to build towards a championship through playoff experience, but when the roster turns over between appearances that process is lost.