RV market is softening, but base skewing younger still wants to hit the road 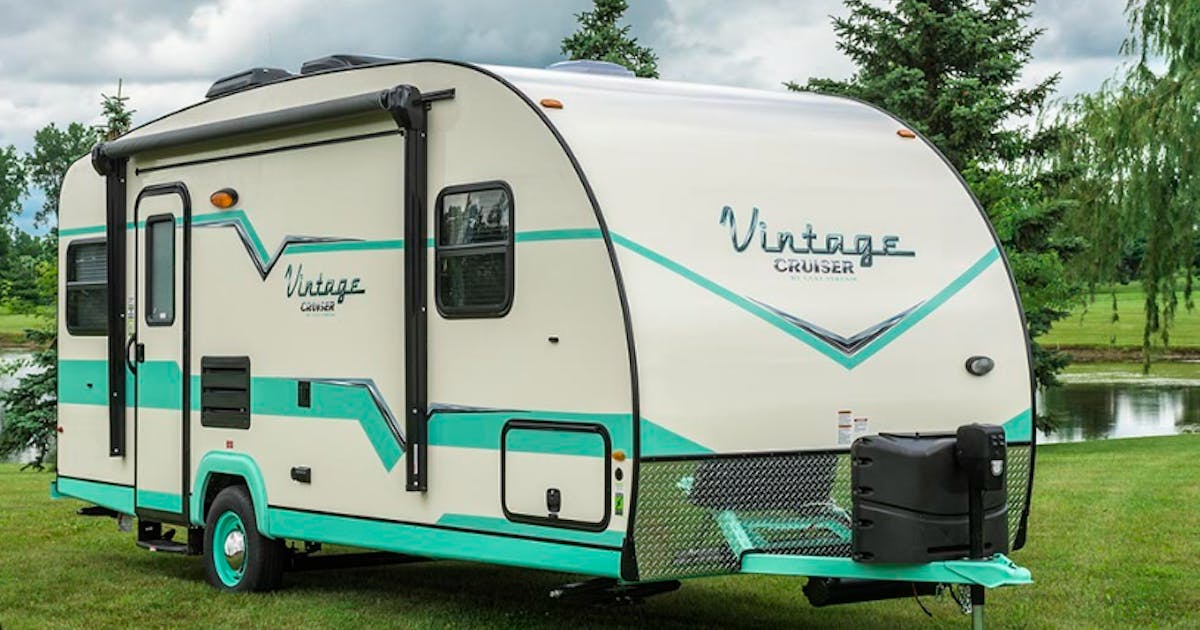 Turbocharged by the pandemic over two years, the hot recreational vehicle market has softened, but that reality does not appear to faze Minnesota dealers as they look ahead to the travel season.

RV World in Ramsey, for one, is all in and will, among other brands, roll out its popular Gulf Stream Vintage Cruiser travel trailers with the retro look next week at a consumer show in St. Paul that also will feature other dealers.

The RV Super Show at the RiverCentre Jan. 12-15 comes at a time when manufacturers are shipping fewer RVs across almost all models than they did in 2021. That has meant more inventory for dealers like RV World’s Darren Mann and Kevin Strusz, and they expect to move stock come late winter into spring . Towables remain the biggest seller nationally at just over 90% of all RV sales.

“I see [the industry] as finding level again,” said Mann, part owner of RV World, after the unmatched activity during the COVID pandemic when buyers sought flight on the road and into the outdoors. For example, 2022 still stands to be the third highest year of shipments on record with 472,679 sent to US dealers through November 2022 (and 9,400 to Minnesota), according to the RV Industry Association (RVIA).

The St. Paul show will run up against a second similar show — the long-running Minneapolis RV, Vacation & Camping Show Feb. 2-5 at the Minneapolis Convention Center.

Mann and Strusz, RV World’s general manager, are helping put on the show over a few short months after the Minnesota Sportsmen’s Show ended a 53-year run in St. Paul, opening up the January slot in a traditionally busy time for sports shows. Mann said RV World had intended to showcase models in February, too, but the show organizers, Good Sam Enterprises and Camping World, didn’t re-up with him and several other dealers in the state. Mann said RV World had appeared at the event since 1997.

“Basically, it is the first time they have ever booted all of us,” said Mann.

A Good Sam spokesperson said the decision partly owed to floor space and the lingering threat of COVID. Camping World, which has 11 stores in Minnesota, is the nation’s largest RV retailer. Good Sam is its sister company.

“Our company has several dealerships in Minnesota and we just had to make room for all of that,” said Good Sam’s Vilma Fraguada. “We have respect for all the dealers in the market. This was more of a space constraint.”

Another Good Sam representative said in addition to showcasing partner manufacturers, like Happier Camper and its hip-colored, ultralight trailers, the show will include used models, a new wrinkle and reflective of the segment’s popularity.

Mann and Strusz are focused on the St. Paul show, with a sense that the public’s appetite for RV travel and shows will accommodate more than one this winter. Other vendors are AC Nelsen of Shakopee; Neimeyer Trailer Sales of Albertville and Elko; Open Road RV of Monticello; and Minneapolis Trailer of Rogers.

“We are so optimistic because come spring, everything flies,” Mann said. “It is going to be a busy year.”

Strusz said the five dealers will have 100 models displayed. Minneapolis Trailer manager Sarah Henry said the business plans to bring destination trailers — at 40-45 feet they are a “home away from home” — that have been popular with buyers with seasonal sites or private lots to anchor them.

If the show-going public mirrors demographic trends reported by industry analysts, some in the crowd will be younger.

The median age of all RV owners is 53, but a survey of first-time buyers in 2020 dropped the age to 41. The median age in a follow-up survey of first-time buyers in 2021 was even younger at 33, said RVIA spokesperson Monika Geraci. Some forecasts support the trend. The rental site RV Share’s trend report for 2023 showed millennials were the most interested among age groups in taking an RV or vacation home trip this year, followed by Gen Xers and Gen Zers.

RV Share also reported that an economic downturn isn’t an impediment: 88% said they were planning to travel as much or more in 2023 and would look to cut costs on food and by traveling offseason.

Geraci said the interest in remote work is a factor: Young people are working from the road in increasing numbers, and RVs are a gateway to “leisure” — business and leisure. Some campers now come customized with office space and desks. Another youthful influence is the interest in dispersed camping on public lands, sometimes called boondocking.

“People are prioritizing getting outdoors,” she said.

Geraci sensed the economic crosswinds of fuel prices and high interest rates aren’t barriers that some might think. RVers are going to RV. The association did a cost comparison that showed an RV trip with a travel trailer is 50% of that of a comparable trip with hotel and airfare.

“RVing is a more economical way to travel,” she said. “All these people who have bought [in recent years] have been out using them.”