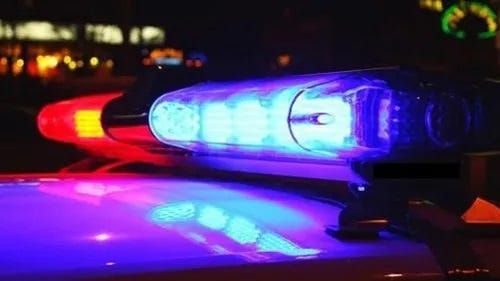 A Fayetteville man was allegedly high on psychedelic mushrooms when he got into an accident Monday, killing a woman.

Christopher Angelo Fields, 31, of the 800 block of Poplar Drive, is charged with second-degree murder, driving while impaired, driving with a revoked license and reckless driving in the death of Rhonda Ashford, 50, of the 200 block of Jasper Street , police said. The fatal crash occurred just before 8 pm at the intersection of Langdon and Howell streets, a residential area off Ramsey Street, officials said.

According to the charging document, the impact of the collision pushed Ashford’s vehicle 228 feet.

Jessica Lewis, 31, who witnessed the accident and lives on Langdon Street, said she briefly spoke with Ashford moments before the crash when Ashford was in the neighborhood looking to pick up her teenage sons but was having trouble locating them. The women first met several months prior because their children played basketball together at Seabrook Park on Langdon Street, Lewis said.

“She was a loving mom,” Lewis said. “Their dad is disabled and in a wheelchair, so she was always working, and the kids never went without.”

Lewis said that as Ashford left to find her sons, a silver car approached. She estimated the car was traveling between 100 and 120 mph.

“You could hear the exhaust bottom out on the hill, and then it went airborne down the hill,” Lewis said. “As soon as I blinked, he had already crashed into Ms. Rhonda’s car.”

The silver car clipped a light pole and landed in a neighbor’s front yard, while Ashford’s car went down an embankment, Lewis said.

Barefoot and with her 5-month-old daughter in her arms, Lewis said, she and other members of her family ran to the crash. Two of Ashford’s sons and a third teenager, whom Lewis said Ashford referred to as her “adopted son,” appeared behind them, telling the Lewis family they heard a loud bang. Lewis said that the boys did not know yet that their mother was involved in the accident.

“As soon as we got down there, a lady in scrubs and two other ladies were already on the scene, and they’d already pulled the driver out of the silver car,” Lewis recalled.

More:Power outage on Raeford Road knocks out power to 3,200 including traffic lights

When Lewis checked on her friend, Ashford’s four-door vehicle was so crumpled, it looked like it only had two doors, Lewis said.

As Ashford’s two sons approached, they realized it was their mother’s car, according to Lewis. The older boy managed to break the windows as he and his younger brother screamed for their mom, she said.

“My heart immediately shattered,” she said.

First responders arrived about seven to 10 minutes after the crash, Lewis said.

“Not even 10 minutes into everybody being there, the driver of the silver car was coming,” she said. “He was actually trying to get up, and the cops had to restrain him and force him down. He spit on the cops, and they had to put that spit net over him so that he would stop.”

More:Fayetteville man arrested in December killing of man and injury of child

Ashford was pronounced dead on the scene. Lewis said Ashford’s older son tried to get to the driver of the silver car, shouting that the man had killed his mother. Police held him back, she said.

Lewis has lived in the neighborhood for about five years, and Monday’s accident is the first fatal crash there that she can remember. She said she’s had nightmares ever since the accident, which she believes was intentional. Lewis said she saw an open container of alcohol and what she believed to be marijuana in the silver car

“She was caught at the wrong time by someone who didn’t have any regard for his life or anyone else’s,” Lewis said. “He didn’t slow down. He didn’t swerve to try and miss her at all.”

More:Oh baby! Meet the first infant born in Fayetteville in 2023

According to the charging document, Fields told police he took mushrooms before the crash. The document states, he was driving more than 50 mph over the posted 35 mph speed limit when his 2008 Chrysler crashed into Ashford’s 2013 Mazda.

According to the court documents, Fields declined to consent to a blood draw to determine the level of drugs or alcohol in his system and a magistrate signed a warrant ordering the testing.

Public safety reporter Lexi Solomon can be reached at ABSolomon@gannett.com.