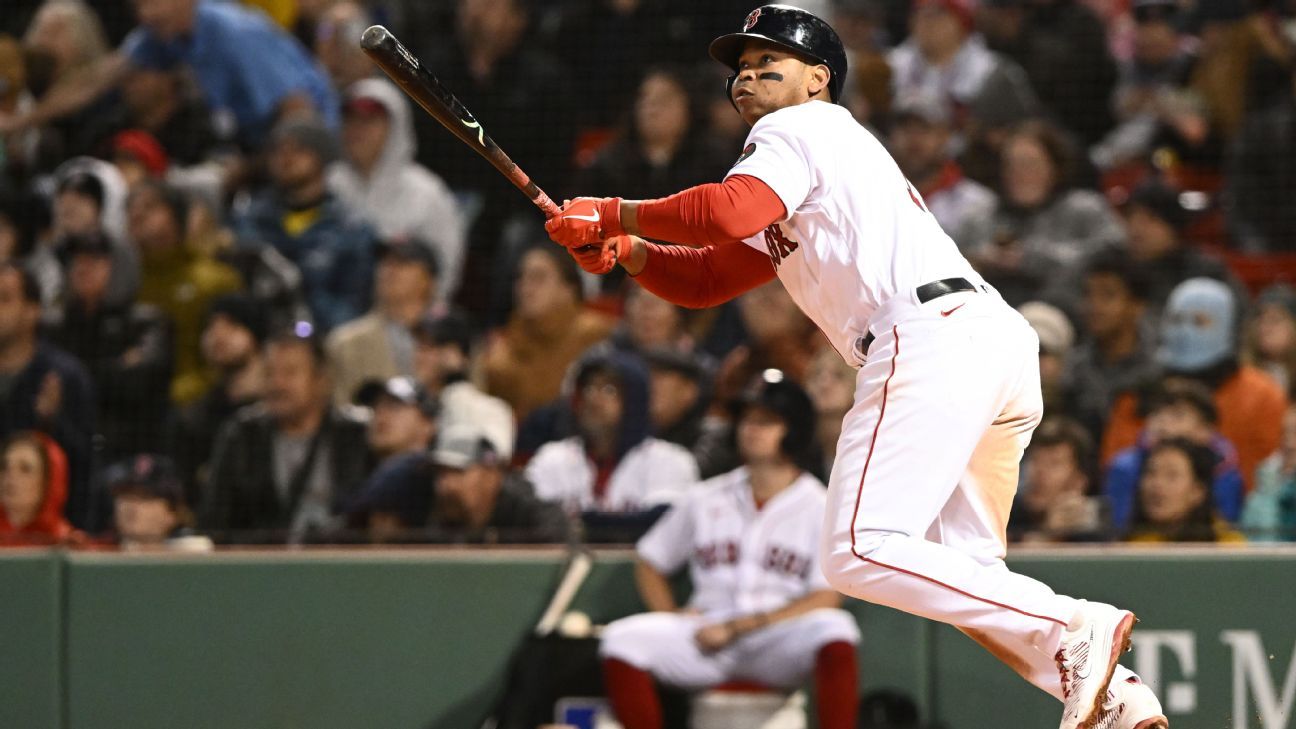 Third baseman Rafael Devers and the Boston Red Sox are finalizing an 11-year, $331 million contract extension, sources told ESPN, a deal that will keep the 26-year-old star from reaching free agency this year and constitutes the longest and largest guarantee ever given by the franchise.

The agreement, which is expected to be signed Wednesday night and would be the largest ever for a third baseman, comes in the midst of an arduous winter for the Red Sox, who lost a longtime shortstop Xander Bogaerts to San Diego in free agency nearly three years after trading the star right fielder Mookie Betts to the Los Angeles Dodgers. Offering Devers to a deal far longer than Manny Ramirez’s eight-year pact and more than 50% larger than David Price’s $217 million contract was enough for the two-time All-Star to accept shepherding the Red Sox out of last place in the American League East and back to contention.

The contract will start in 2023 and extend through the 2033 season, sources said. The one-year, $17.5 million contract Devers signed earlier in the week to avoid arbitration will be superseded by the long-term deal.

Devers debuted with Boston at 20 years old in 2017 and quickly illustrated why scouts so adored his bat. His left-handed swing was perfectly suited for Fenway Park, with doubles thwacking off the Green Monster and home runs carrying out to right field. Devers’ acumen has only grown. In 2022, he hit .295/.358/.521 with 27 home runs, 88 RBIs and a career-best OPS+ of 141.

It was similar to his 2021 season, in which Devers hit 38 home runs, and 2019, when he led the major leagues with 359 total bases as a 22-year-old. The consistency made him the perfect candidate to keep around long term with the losses of Bogaerts and Betts, whose steadiness was among their defining characteristics. Early negotiations on a deal bore no fruit, with Red Sox chief baseball officer Chaim Bloom and Devers’ agent, Nelson Montes de Oca of Rep 1, far apart in their valuations.

Whether the backlash from losing Bogaerts and Betts — and just losing — had any effect on the consummation of the deal is unclear. But on Monday, with Fenway Park hosting the majestic Winter Classic, fans booed John Henry, a show of sentiment toward the owner under whom the Red Sox broke their 86-year World Series drought before winning three more championships.

Seeing Bogaerts walk with an offer tens of millions of dollars short stung, especially with the Red Sox designating for assignment Jeter Downs, the main prospect return in the Betts deal, just days later. Bogaerts, 30, was, like Devers, a homegrown star: five Silver Sluggers, four All-Star appearances and two World Series rings. The notion of a long-term left side of the infield with Bogaerts and Devers felt natural to a Red Sox fan base coming to terms with last-place finishes in two of the past three seasons, sandwiched around an ALCS appearance.

When Bogaerts left, the focus naturally turned to Devers, who benefited greatly from the megadeals given out this winter. Aaron Judge topped the list with $360 million from the New York Yankees. Trea Turner got $300 million from Philadelphia and Bogaerts $280 million from the Padres. And Carlos Correa agreed to a pair of $300 million-plus deals, although medical foibles have his status in limbo.

Devers will be the cornerstone of the roster and the face of the franchise for the new era of the Red Sox. Although the third baseman has improved defensively over this career, he could potentially move to first base or designated hitter down the road. But as long as his swing and production are even a facsimile of what he has done, it won’t matter what position he’s playing.