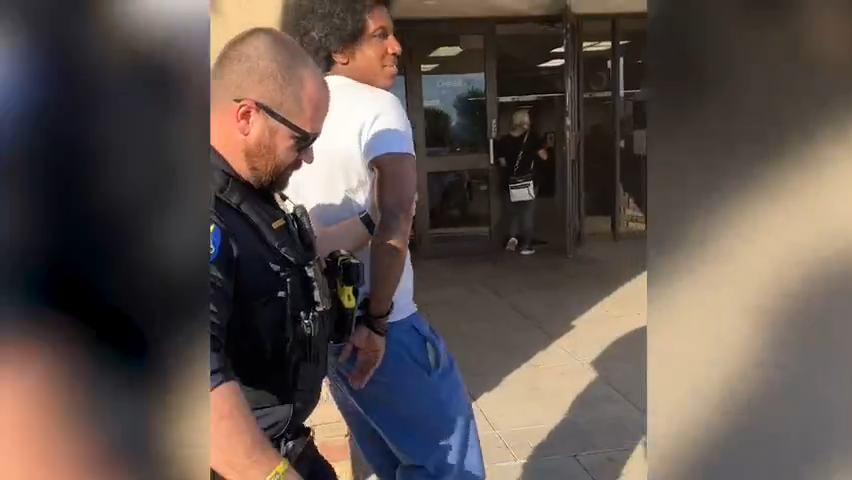 Phoenix police opened an administrative investigation into the detention of a Wall Street Journal reporter on Nov. 23 in north Phoenix, officials said. The investigation will be conducted by the department’s Professional Standards Bureau.

Dion Rabouina finance reporter for the Journal, stood outside a Chase Bank at around 2:40 pm in north Phoenix, conducting brief interviews with people walking inside for a story about banking.

A Phoenix police officer, Caleb Zimmerman, approached Rabouin about a trespassing call he said was placed by bank employees, according to reporting by ABC 15.

In a police report filed by Zimmerman, bank employees claimed they told Rabouin to leave the property after receiving complaints from customers who felt uncomfortable.

In a video provided by a concerned citizen Katelyn Parady, Rabouin told Zimmerman that no one at the bank had asked him to leave but he would if he was given a chance.

In the video, Zimmerman handcuffed Rabouin as Rabouin repeated that he would voluntarily leave.

According to the report, Zimmerman wrote that Rabouin did not provide identification and told him he was trespassing.

Zimmerman claimed that he had spoken with an employee at the bank and was told that the bank was willing to “aid in prosecution if Dion was unwilling to leave,” and wanted Rabouin removed from the property.

Throughout the video, Rabouin told Zimmerman that he would walk away from the property if he would uncuff him.

Zimmerman pressed Rabouin into the back seat of his patrol SUV and pulled Rabouin’s ID from his pants, but Rabouin sat with his feet out of the vehicle, preventing Zimmerman from closing the door.

According to an interview with ABC 15, Rabouin was afraid of what would happen if he got into the car and Zimmerman closed the door.

“I didn’t trust what was going to happen,” he told ABC15. “While the woman was recording, I thought the odds of him not doing anything to me, whether physically or anything else, are a lot higher. Once he closes that door, he could take off. He could take me somewhere. I could be placed under arrest.”

The video showed Zimmerman and Rabouin at a standstill, facing each other and stating their positions. Zimmerman claimed Rabouin refused to leave when asked to by the property owner and was trespassing, while Rabouin kept repeating he had never been asked to leave but would do it now.

Rabouin explained to Zimmerman in the video that someone at the bank had come outside and asked if he had been soliciting, and he said he wasn’t.

“They said they were going to go inside and talk to someone, and then you showed up and I said I would leave,” he told Zimmerman on the recording.

Eventually, two other officers showed up and were seen on the video watching over Rabouin as Zimmerman used Rabouin’s ID to write a trespassing notice.

Parady tried to stay close to Rabouin, but at one point, an unidentified police officer told Parady to step back, exclaiming, “Eight feet is the law,” citing a defunct Arizona law deemed unconstitutional in September.

“I am appalled and concerned that officers at your department would attempt to interfere with Mr. Rabouin’s constitutional right to engage in journalism and purport to limit anyone’s presence in a public location. Such conduct is offensive to civil liberties, and also a pretty good news story,” Murray wrote.

Phoenix police spokesperson Sgt. Melissa Soliz told The Arizona Republic the department received a copy of the letter and opened an administrative investigation.

Rabouin said he got a call from a Phoenix official weeks later and was told that after reviewing the case the department found the officer did nothing wrong, according to ABC 15.