Paolo Banchero’s goals are lofty, even for a No. 1 pick, but he’s backing them up so far 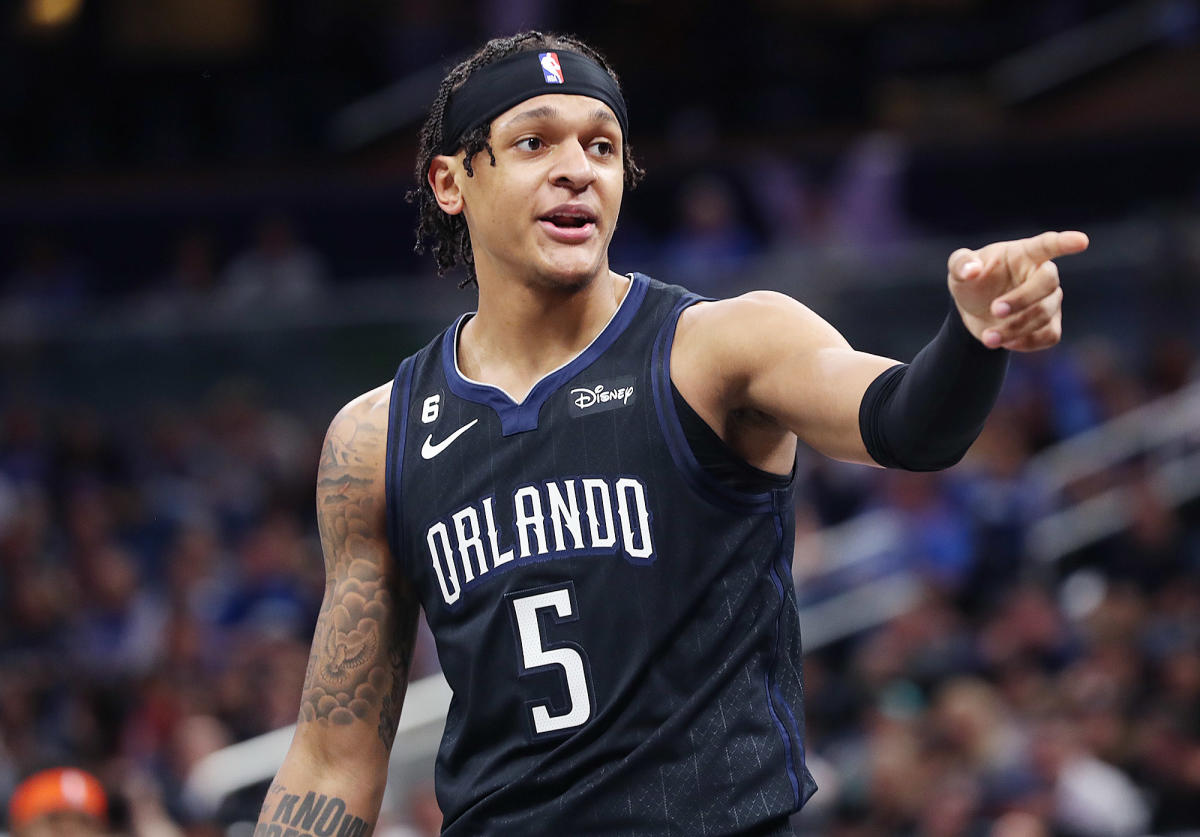 DETROIT — Paolo Banchero keeps dozens of notes on his iPhone — some are reminders, funny things — but one is of great importance to his career, a note he created when he was a junior in high school and the NBA was within his sights.

It’s titled “Goals” with a gold trophy next to it, one he revisits frequently. It used to be the screensaver of his phone, but today, he can easily access it, even though it’s seared in his memory.

Among them: McDonald’s All-American, NCAA champion, overall No. 1 pick and NBA champion.

A couple are checked but not all, the most important ones not yet achieved because his still-growing NBA resume has plenty of time before it’s finished. One goal that isn’t checked off but seems very likely to be by May, the Rookie of the Year award.

Indiana’s Bennedict Mathurin has been impressive for a better-than-expected team and will play into the Sixth Man conversation, and Detroit’s Jaden Ivey has had some flashy moments. But it seems likely that Banchero will easily win it, averaging 21 points, 6.7 rebounds and four assists so far. Orlando is pesky, and possessing plenty of length, causing a bit of trouble for unsuspecting teams.

In their best stretch of the season, having won eight of nine in December, Banchero averaged 22 on 45% shooting and 43% from 3-point range.

It’s not uncommon for No. 1 picks to make immediate impacts. Since the lottery was implemented in 1985, the first overall pick has been the most likely to win Rookie of the Year more than any other draft slot.

But with Banchero, there seemed to be a lot of questions for someone with a proven pedigree and a polished game — perhaps too polished of a college package to believe he still had room to grow at the NBA level.

“People had their doubts and stuff,” Banchero told Yahoo Sports recently. “People, whether they watch games or not, they have their minds made up.

“Playing in college is a different game and you got to make sacrifices. I was still the best player, but I had to conform and fit my game around the team. We had three or four other pros and Coach [Mike Krzyzewski] had a way he wanted me to play.”

Could he defend at a pro level? Did he tap out on potential — as a college freshman? Did he have a true position? He’s heard them all, from the valid concerns to the absurd.

“I would say it was just my defense that was probably the most frustrating thing I’ve always heard about,” Banchero said. “They tried to make it seem like I was a liability. If you watch me in college or my whole life, I’ve never, ever been a liability.

“You know, there are times, of course, where you fall asleep off the ball, let a backdoor cut get through. But in terms of like, you could just attack me all game and just expose me like that? Well, well, well.”

Rookies across the board struggle defensively, but taking the challenge as a point of pride is a good starting point. It’s also a factor of coaching defensive principles and having the aptitude for schematic adjustments as games go on.

Younger teams have a harder time absorbing concepts, especially as switching has become far more prevalent in the game over the last decade. Against Detroit last week — before the incident between Moe Wagner and Killian Hayes — Banchero was often guarding Hayes on the perimeter, negotiating screens and funneling offensive players to the baseline and to the rim where the Magic had shot-blocking and help.

He’s shown a willingness to compete, something that can only be evaluated so much in a college setting. And like Indiana’s Tyrese Haliburton, who was passed over a few times because he was an “old” 20-year-old, Banchero seemed to take more questions on his potential due to turning 20 early in his rookie season.

By comparison, the NBA’s youngest player, Detroit’s Jalen Duren, was 18 on opening night. Not much of a difference.

“People talking about my ceiling, like how good am I going to be down the road? That was some of the most frustrating stuff for me, because I’m the same age as all of these guys in the draft,” Banchero said. “Just because I’m physically developed, have a mature game, they say I can’t get better.”

His voice belied his irritation or borderline amusement as he went on.

“My ceiling isn’t as high as the guys who aren’t as skilled as me? So it didn’t make sense.”

He said he’s not “buying into all the noise” but he’s certainly more aware of it than the average rookie. And the fact he’s publicly acknowledging it and not hiding from it shows a level of confidence he’ll do more than prove doubters wrong.

“I still feel like in a lot of areas I’m still raw,” Banchero said. “It just may not look like that to the regular person. I know I’m nowhere close to how good I’m supposed to be, I got a lot to work on.”

He’s gotten the seal of approval from two of the game’s standard bearers, LeBron James and Kevin Durant, who both complimented him after matchups.

“I think those are big things,” Magic coach Jamahl Mosley told reporters that night in Detroit. “The ultimate sign of respect is when you get it from your peers. They understand exactly how good he’s going to be. And how much of an impact he has on and with this team.”

Sometimes players can be fooled, sometimes coaches can and executives can, but it feels rare that current players who go head-to-head with the future are lulled into believing something that isn’t true.

And to his credit, being in awe goes away when the ball is tipped. The best way to honor those players’ greatness is to go for the crown.

“I feel like I’d be doing myself a disservice — and everyone — if I was to just be starstruck, lay down,” Banchero said. “If you’re a competitor how they are and how I see myself, that’s what you’re supposed to do. When you go against your idol the first time or the next time, you gotta go at them.”

That’s when he pulled out his phone, displaying the list of goals. The last on the lofty list after NBA champion: NBA Hall of Fame.