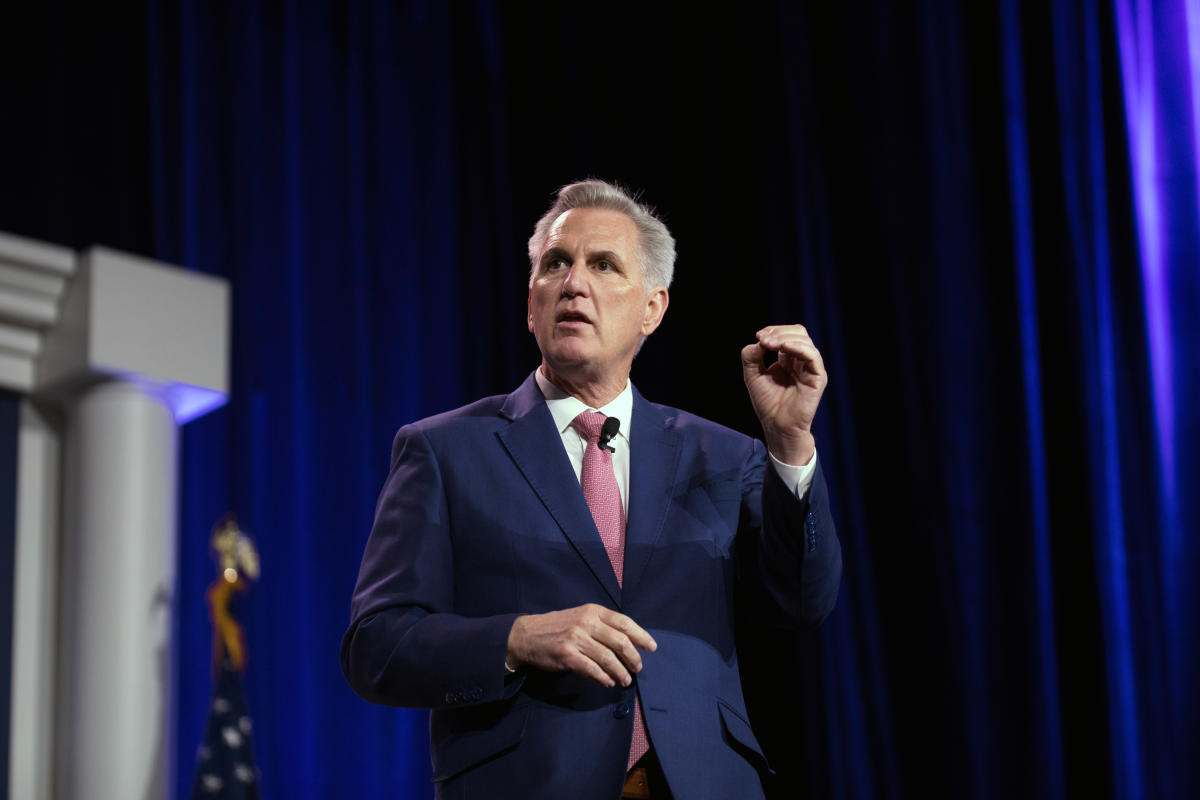 WASHINGTON — Rep. Kevin McCarthy of California offered fresh concessions to a hard-right band of rebels in a desperate effort to lock down the votes to become speaker, as a historic Republican deadlock that has paralyzed Congress entered its third day Thursday with no resolution.

After losing a half-dozen consecutive votes for the post over two humiliating days, McCarthy privately agreed to more demands from the right-wing rebels that he had previously refused to countenance, including allowing a single lawmaker to force a snap vote at any time to oust him from the speakership, according to three people familiar with the negotiations who described them on the condition of anonymity, noting that they were ongoing and that no final deal had been reached.

The Republican leader had also committed to allowing the right-wing faction to handpick a third of the party’s members on the powerful Rules Committee, which controls what legislation reaches the floor and in what form, according to one of the people, who has been involved in the talks, as well as to open spending bills to a freewheeling debate in which any lawmaker could propose changes, including those designed to scuttle or sink the measure.

Sign up for The Morning newsletter from the New York Times

Taken together, the concessions would weaken the speaker’s power considerably and make for an unwieldy environment in the House, where the slim Republican majority already promised to make it difficult to govern. And it was not clear the offer would be enough to corral the votes for McCarthy to prevail.

The House was scheduled to return at noon and plunge back into the fight, after adjourning Wednesday night with no resolution, as McCarthy and his allies bargained into the night with defectors to try to lock down the support that has eluded him.

In a spectacle on the House floor not seen in 100 years, unrelenting hard-right lawmakers have repeatedly refused to throw their support behind McCarthy, the party leader, who on Wednesday suffered another three humiliating defeats in a grim replay of the three he endured Tuesday .

The episode again put Republican divisions on vivid display, grinding the House to a standstill and extending an ignominious start to the new Republican majority, potentially foreshadowing an era of dysfunction and disorder.

McCarthy vowed to keep fighting, but it was unclear whether the stalemate could be broken, and even an entreaty from former President Donald Trump for the party to unite around McCarthy fell flat.

The crisis — the first of its kind since 1923, when it took nine ballots to elect a speaker — has effectively blocked the House from functioning, preventing lawmakers from being sworn in, putting off the adoption of new rules to govern the chamber and making legislative work impossible.

It has also highlighted the weakness of McCarthy, who has billed himself as the heir apparent to the speakership and the person best suited to lead his party’s razor-thin majority, raising serious questions about his ability to count votes and control his unruly rank and file .

With all members elected to the House present and voting, McCarthy needs to receive 218 votes to become speaker, leaving little room for Republican defections, as the party controls only 222 seats. He has consistently fallen well short of that level this week, drawing no more than 203 votes even as his Democratic counterpart, Rep. Hakeem Jeffries of New York, has won 212, with every member of his party united behind him.

On Wednesday, McCarthy lost a fourth, fifth and sixth ballot, with the same 20 defectors who opposed him Tuesday throwing their support behind Rep. Byron Donalds of Florida, who was just elected to his second term and was the first Black man to be nominated by Republicans for the job.

Even as he and his allies scrounged to pick up the votes he would need to command a majority, McCarthy was losing ground.

Still, his supporters ended the day Wednesday in a hopeful mood, suggesting that fresh concessions McCarthy had made privately would finally sway enough holdouts to deliver him the speakership. His political action committee cut a deal with the Club for Growth, a conservative anti-tax group that has opposed McCarthy’s bid for speaker, agreeing not to spend money to support candidates in open primaries in safe Republican seats.

That had been a major demand of conservatives, who have been angered at the group’s efforts to bolster more mainstream candidates over hard-right ones, although it was unclear if the pledge would be enough to win over any of the rebels.