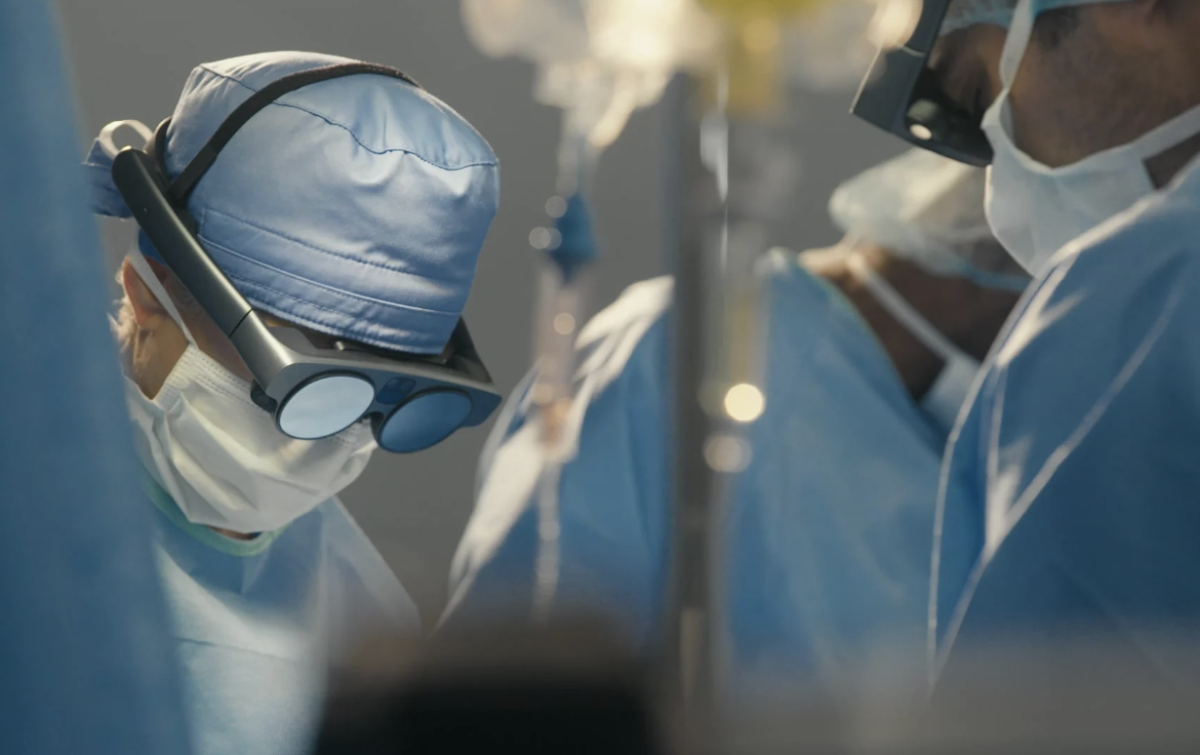 While working at Qualcomm (QCOM) in the 90s and early 2000s, Peggy Johnson helped advance the mobile phone revolution.

Unlike the first iteration of the product released in 2018, the Magic Leap 2 is lighter, faster, and has a larger field of view. It also targets industries ranging from defense to health care rather than consumers more broadly. The device costs $3,299.

Magic Leap, which is private, has roughly 1,000 employees and is based in South Florida. In 2020, Johnson joined the company as CEO. Previously, she spent 6 years as vice president of business development at Microsoft (MSFT). Before that, she spent 25 years at Qualcomm, where she served as Executive Vice-President of Global Market Development, among other positions.

Some edited highlights from the conversation:

What Magic Leap does: “So, we make a head-mounted device. You wear it over your eyes. You can actually think of it as a computer on your eyes. And you still see your physical world around you, but we place digital content very smartly in that physical world. It is augmented reality. And how that’s different from virtual reality is virtual reality, usually, you put something on your eyes, and you’re fully occluded. You’re fully in another virtual world.”

On Magic Leap 1 vs. Magic Leap 2: “The device still today is awesome, the initial device. But they pointed the company largely at the consumer market… The size of the device was not really something consumers would wear for a very long time. It was a little bit heavy. And then the cost, you know, it was sold through some consumer channels and side by side with a phone… There wasn’t a winning combination there. However, just having gotten the device to where it is was a big start. And then that put us on the road to Magic Leap 2, which was built from the ground up to be used by the enterprise initially.”

On how Magic Leap was ahead of its time: “In fact, Magic Leap has been in the industry, I think, for much longer than most of the players that we hear about now— over a decade, as I said. And so it was ahead of its time, but the vision was right. And the tech and the ability to make the tech had to catch up. For me, I think of it as just like mobile phones. So that was the industry I grew up in. I spent 25 years at Qualcomm. And they went through that same trajectory.”

On the privacy challenges of Magic Leap: “I think we have to get ahead of this. This device has much more imagery and sensors that go far beyond, say, what a phone does. And I think we’re already concerned about our data on a phone. So, we need to from the get-go protect that data, whether it’s corporate data or consumer data. For instance, the camera’s looking at your eyes. You can do a bio identity of somebody. And so, we have to be careful, keep that data secure. The good thing about our company, Magic Leap, is the only thing we do is build a platform, an augmented reality platform. We don’t have a business model where we’re dependent on that data. And so from our standpoint, that’s highly personal data that needs to be contained and protected at all times and only released when the user or the company is allowing that.”

On Magic Leap’s competitors and how its product is different: “Just to talk about the consumer-facing companies, there are some devices out there that you’ll see, largely, they solve one problem. And that’s great. There’s use cases they’re solving for. Those are great use cases. But they’re not highly immersive augmented reality. And by that, I mean, many of them are just heads up displays. So you put the lenses on, and maybe there’s notifications across the top. There’s some cues that help you do your job better, or as a consumer, might be entertaining you or showing you where to walk to the next building you have to go to. And that’s all fine.

Ours is quite a bit different in that we are the most immersive augmented reality device out there. So, the digital content that is in front of your eyes in Magic Leap is very accurately placed, so much so that we have to trick your eyes into thinking it’s there.”

On the Metaverse: “I have a bit of a reaction to Metaverse because I think actually if you Google Metaverse, what comes up is it’s a virtual reality world. And while it is that, I think that that’s constraining to what I think is the true promise of the Metaverse. And that is this heads up world where our head can come back up from our phones, put the phone down, and you’re back in your physical world. And the data that you were seeking on your phone just lives very comfortably in your field of view. And you don’t trip over the coffee table.

I know, you’re mobile. You can keep going about your work. And it’s just increasing how you’re viewing your digital content. So, it’s really when the digital and physical worlds merge seamlessly, I think that’s the true promise of the Metaverse.”

On regulation: “I think we’ve learned from the releases of previous versions of all sorts of technologies, even going back to the mobile phone, that we have to be responsible. We can’t just unleash new technologies to the world and expect others to be responsible for the use of it. We have to think about, what can this technology do? What are the good things, but also what are the harmful things that it might do if put into the wrong hands or in the wrong scenarios?”

On female engineers: “It’s sort of this untapped community. But in order for them to come in, they have to feel included and have the right environments that wouldn’t cause them to leave after a few years, like so many of my colleagues did. And so that’s changing as well. We definitely have companies who understand that. They’re working to have the most inclusive environments.”

On the future of AR and what she’s trying to accomplish: “I see augmented reality as the next paradigm in computing. And it feels to me the same way the mobile phone did in the early days. Like, this is going to be a thing. It’s definitely going to be more than just a handful of businesses buying it. This is the beginning of something. [As] mobile phones were. I feel the same feeling about augmented reality. I think it’s going to be the next tool that we all have on, hopefully someday even in contact form, so you don’t even notice that it’s there. But it’s helping you. It’s a tool that all of us will have to do their jobs better and to live and work and play better.”