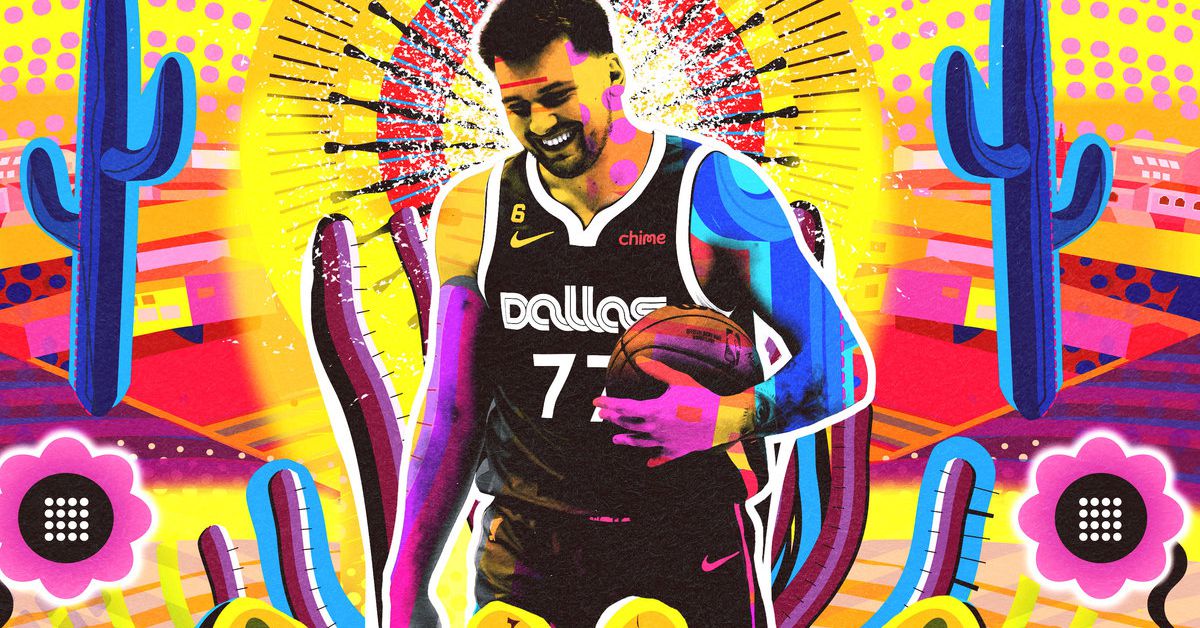 In Luka Doncic’s very first game against the Sacramento Kings—one of the teams that passed on him in the 2018 draft—he finished with 28 points, nine assists, and six rebounds. Afterwards, Sacramento coach Dave Joerger essentially subtweeted his own front office: “Perhaps there was an idea that there was a ceiling on him. I don’t see it, unfortunately for us.”

Even as the Kings finally start to turn the corner towards respectability with young talents like Domantas Sabonis and De’Aaron Fox, there aren’t any words to accurately describe how detrimental that draft night was for the franchise, which infamously chose Marvin Bagley III instead . Last year, Sacramento sat home for the 16th straight postseason, while Doncic led the Dallas Mavericks to the Western Conference finals.

Sacramento’s skepticism about how good Luka could ultimately be looks comical now. At 23 years old, he is an elite offense unto himself, a perennial MVP candidate who will eventually be seen as the best player alive and one of the greatest players in NBA history. Coming off three straight first-team All-NBA appearances, Doncic was the favorite to win Most Valuable Player coming into this season and he currently holds the best odds. Surface level, what he’s doing is more or less what people thought he would. But Doncic also deserves serious consideration for another award, one that captures just how remarkably proficient his fifth season has been, even relative to the first four remarkably proficient seasons of his career: Most Improved Player.

Doncic’s statistical mushroom cloud is a startling phenomenon. Even his most optimistic supporters didn’t expect historic counting stats and efficiency figures to sustain this late into the season—not to mention his being a more engaged defender on a team that has a better net rating than the Bucks and Nuggets. Luka’s ceiling is still somewhere above the clouds.

Here’s the case for Luka: His league-leading scoring average is up 5.9 points after three straight seasons in which he sat around 28 every night. (His usage rate is up only 1 percentage point from last season.) His player efficiency rating is up 7.3 points, from a very good 25.1 to 32.4, which would be the second-highest PER of all time. Almost all his shot splits are career bests. His true shooting percentage is 4.8 percentage points higher than last year. And he’s shooting 59.0 percent inside the arc, with a lower dependency on the 3-point line and a major jump in free throw attempts.

Among the 367 cases in Second Spectrum’s database of players who’ve recorded at least 500 drives in a season, no player has generated more points per direct play than the 1.23 that Doncic does right now. (Last year he finished at 1.15, which was third out of 70.)

Luka is creating out of pick-and-rolls, isolation plays, and dribble handoffs more efficiently and at a higher volume than ever before. And seven of Doncic’s top 15 game scores—a number on Basketball Reference that measures productivity for a single game—have already happened this season; the top two came within the past 10 days.

All of this is happening while Luka faces a thornier degree of difficulty and more responsibility. Spencer Dinwiddie can create quality looks for himself and Christian Wood is a natural complement that spaces the floor. But Jalen Brunson is gone, Maxi Kleber may miss the rest of the season, and Dorian Finney-Smith and Josh Green have been sidelined for weeks.

According to Second Spectrum, no other player is taking more heavily contested shots this season than Doncic, who’s hoisting 22.5 of them per 100 possessions (more than ever) compared to only 1.4 uncontested (second lowest of his career).

Doncic is now more confident, relaxed, and persistent. Every possession looks like he’s experienced déjà vu: He instantly recognizes patterns and then manipulates defenders as they try to execute a once-promising but now suddenly hopeless plan. Doncic leads the NBA in assist rate and has seen his turnover rate drop 3.8 percentage points to a career-low 11.5 percent.

As the game’s most advanced and trustworthy pick-and-roll practitioner, Luka is blitzed a whopping seven times per game. That is (1) a significant increase from the 4.8 blitzes he faced last season, (2) more than double the next-highest player (Devin Booker, at 3.3), and (3) on track to set a new record in Second Spectrum’s database.

All this makes sense. It’s so tempting as a defense to sell out to squeeze the ball out of Luka’s hands whenever you can. Anyone who is terrified by the possibility of sentient artificial intelligence should avoid watching this man survey the floor. Every option for opponents is a fool’s errand. Luka’s thinking through the game as well as anyone ever has.

On the play below, despite there being eight other players on the court, Luka is almost exclusively locked in on Rockets guard Jalen Green, who avoids an initial switch and then tags the rolling Dwight Powell. Doncic responds with a 25-foot no-look dart that hits Green’s man (Tim Hardaway Jr.) square in his shot pocket:

What’s funny about this play is Doncic could’ve just hit the floater. He’s converting an absurd 61.8 percent of them this year, up from 49.7 percent in 2021-22. Luka twists and drifts and fades and bobs through various coverages with a purpose, creating space and then vaporizing it when it’s time to draw contact. He makes prayers look casual; even with maximum effort to stop these shots, the defender might as well not even be there:

The one defect in Doncic’s game coming out of last year’s playoff run was on the other side of the ball, holding up on switches when summoned to defend a ball screen. The Suns and Warriors targeted him repeatedly for two reasons: (1) There’s no easier way to exhaust the key to Dallas’s offense than by making him work on both ends, and (2) Luka hasn’t been very good at keeping his man away from the basket when both Luka and his man are on an island.

But Luka’s newfound commitment to getting stops is evident. This season, of the 39 players who’ve guarded the screening defender in at least 100 pick-and-rolls with a switch, only three have been more stout than Luka:

So, how likely is Doncic to actually win Most Improved? There’s a difference between having your name in the conversation and actually garnering enough votes to win. The competition is real, to say nothing about how murky the award’s qualifications have historically been. Context is typically irrelevant. It’s not easy to disentangle between those who benefit from a more advantageous system, expanded role, or helpful teammates; those who are naturally developing with age; and those who are, more simply, just a cut above what they used to be.

Shai Gilgeous-Alexander is the heavyweight front-runner, with Tyrese Haliburton and Lauri Markkanen right behind. Anfernee Simons, Nic Claxton, and Devin Vassell (my preseason pick) deserve a look as worthwhile candidates, too. For Most Improved Player, those first three are making a traditional All-Star leap, somewhat similar to last year’s winner, Ja Morant. Coming into this season, though, Doncic had already established himself as a superstar. The bar for him to exceed expectations was extremely high, and spotting areas of growth was a much harder challenge. Right now, he’s made it easy. No player has ever won MVP and MIP in the same season. Why can’t Luka be the first?

Even compared to SGA, Hali, and Lauri, Luka is deserving of the NBA trophy that rewards forward progress. And his ceiling looks like the same mirage today that it was when Sacramento passed on him in the draft. Unfortunately for them.