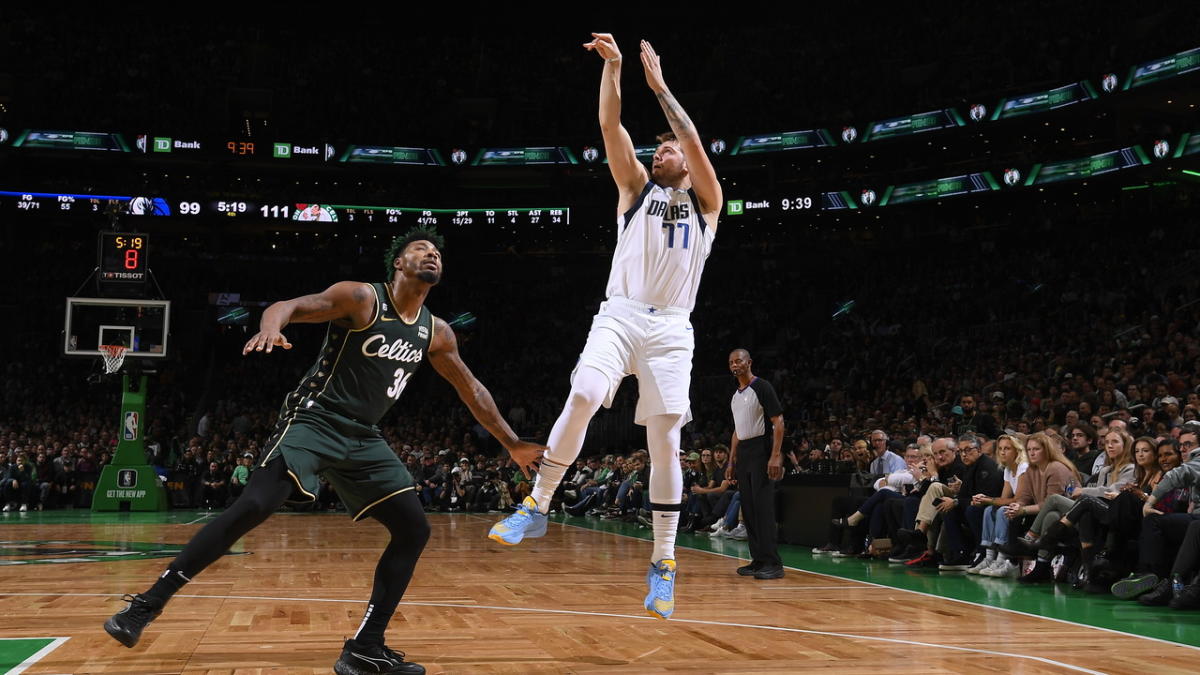 Most fans watch Luka Doncic and see the future of the NBA. I find myself staring 35 years into the past.

Doncic controls games with a combination of court vision, pinpoint passing, creative shot-making, and limitless range, all performed at a leisurely half speed. Not even 24, he is already a perennial MVP candidate.

If that sounds familiar, it’s because we’ve seen this show before. Larry Bird may not have handled the ball as well as Doncic, but he did everything else better, and watching Doncic overwhelm opponents leaves me convinced Bird would dominate today’s game even more than he did his own.

The Celtics will get a taste of Luka Magic on Thursday night in Dallas as they try to right themselves after a woeful performance in Oklahoma City. Doncic has murdered the C’s over his short career, with ridiculous game-winning 3-pointers in each of the last two seasons, as well as a decisive assist last year.

Doncic serves as modern proof that speed and athleticism are not required to be the best player on the floor. He’s neither fast nor a gifted leaper. But he’s blessed with unparalleled instincts and an ability to see every possibility before it happens, like a grandmaster surveying a chess board. He bends the game to his will and forces it to be played at his speed. Watching him methodically create and then exploit the tiniest opening is breathtaking.

Bird won three MVPs and three championships with similar attributes, but even more of a killer instinct. One of his most famous game-winners came in Dallas in 1988, a pull-up 3-pointer with the Celtics down two in the closing seconds. The image of him twirling his fists while Mavs guard Derek Harper signals for a disgusted timeout is iconic.

Bird used to do that kind of thing all the time, particularly in the playoffs. Doncic has yet to deliver the signature postseason that elevates his stature — he had never won a series until last year’s run to the conference finals — but he’s also in his fifth season at an age when Bird was only making his debut.

Watching Doncic put up the first 60-20-10 game in NBA history vs. the Knicks last week was absurd, but also illustrative. He scored on leaners, runners, step-backs, and a give-and-go. He navigated defenders for fallaways and hesitation shots in traffic. He followed up his own intentionally missed free throw to send the game improbably to overtime.

It was easy to squint and superimpose a green No. 33 as he worked his magic. Both players are deceptively strong, which allows them to squeeze off shots in traffic. Danny Ainge once said that what separated Bird from shooters even as great as Steph Curry was his ability to score with defenders draped all over him. Doncic has that, too, which is why he must lead the league in and-ones 15 feet from the basket.

Watch Bird highlights, with his own 60-point game vs. the Hawks serving as the perfect example, and you’ll see him drain 20-footers with defenders mauling him. At 6-foot-9, he could shoot over pretty much anybody. As long as he could see the rim, the rest didn’t matter.

Today’s game suits Bird’s skills to a T, starting with the emphasis on 3-point shooting. In Bird’s third season, he only made 11. They just weren’t part of anyone’s game plan. Not until year six did he finally turn the shot into a weapon. From that point forward, Bird made nearly 40 percent. The league as a whole barely averaged 30 percent.

In Bird’s best offensive season, 1988, he averaged 29.9 points while making a league-leading 98 3-pointers. Doncic, by comparison, is averaging 34.3 points this year and has already made 103 threes in just 35 games. Imagine Bird in an era when he would be expected to take 700 shots from distance instead of 200. Imagine that he focused his legendary work ethic on making those shots instead of the 18-footers that were his bread and butter. He might’ve pushed 30 points a game for his career.

But he never cared that much about points, intent as he was about involving teammates like McHale and center Robert Parish. Bird averaged over six assists a game, an unheard-of total at the time for a forward. His highlight-reel passes rivaled anyone today, whether it’s Doncic, two-time MVP Nikola Jokic, or LaMelo Ball. Think of how much today’s game rewards ball movement, and now imagine Bird triggering an offense.

Bird played in an era of man-to-man defense, which led to more isolation ball, since help defenders who did not immediately commit to a double team could be whistled for illegal defense. Eliminating that rule counterintuitively opened the entire floor, which has led to today’s explosive game. Players with vision can absolutely feast on rotating defenses. Doncic is proof. Bird would’ve thrived.

He certainly didn’t lack confidence when he entered the league in 1979. He told an interviewer later in his career that it took him three days of rookie camp to realize just how good he could be.

He must dream about playing in a game that prizes 6-foot-9 guys who can shoot. Advocating for him makes me sound like an old bastard, but I don’t care. If you watched him, you know. Bird came along 40 years too early, because he was made for today’s NBA.