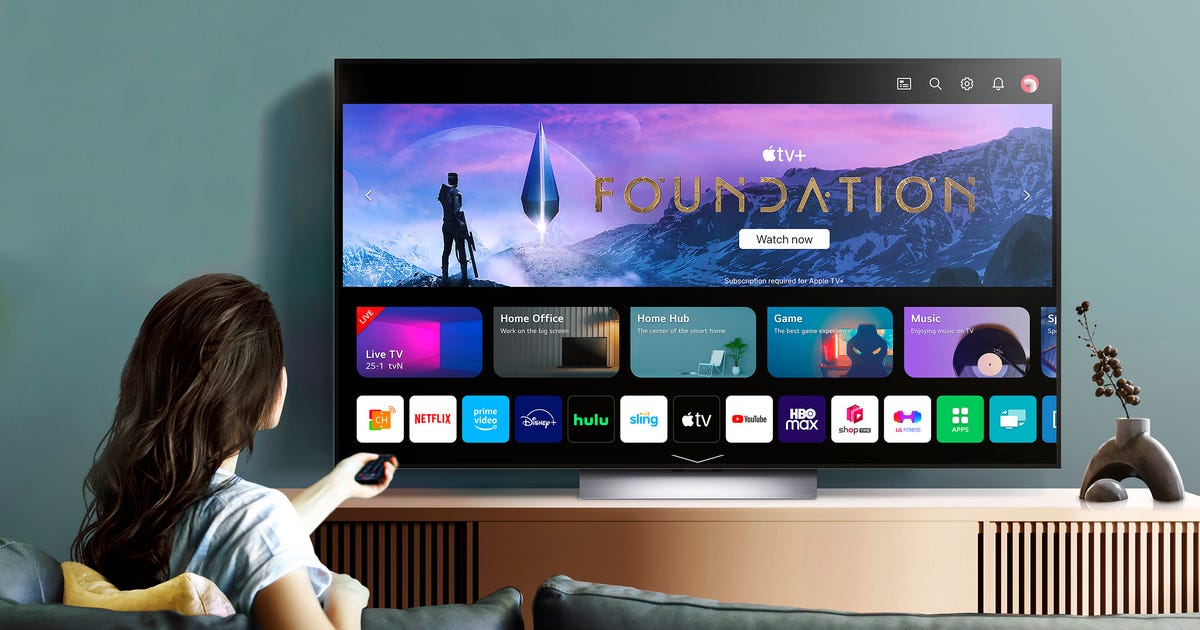 Read more: These are the weirdest, most futuristic and must-see reveals of CES 2023 i know

Called the M3 series, it looks awesome in person, as you can see in the video below, but it’s likely to be incredibly expensive too. (The company, as usual at CES, didn’t announce pricing.) Among TVs that average mortals will actually be able to afford, the most notable models include the C3, the successor to the best high-end TV for the moneyas well as a G3 promising improved brightness.

The biggest difference between current LG OLED TVs and the new ones is higher brightness on the G3. New light control architecture and light-boosting algorithms increase brightness by up to 70% over last year’s G2 in the 55-, 65- and 77-inch G3 models. LG claims around 1,800 nits, which is about double any OLED TV I’ve measured. What I saw did indeed look very bright, but I’ll have to wait until I can review one to see exactly how bright.

The company’s lineup of 8K TVs, the Z3, are also brighter than before, on the order of 30 to 40%, according to LG. Available in 77- and 83-inch sizes, they’re sure to remain very expensive and, like other 8K TVsnot worth the money for most buyers.

OLED TVs offer better overall picture quality than other high-end TVs and, in my experience, are already plenty bright for most lighting environments. Every bit — er, night — of brightness helps, however, especially in bright rooms and with HDR TV shows and movies. Perhaps the G3 will surpass the light output of competing QD-OLED models from Sony and Samsung. It won’t beat mini-LED sets like the Samsung QN90B and Hisense U8H. But if LG’s brightness claim is true, it will come close.

The C3, which will be less expensive than the G3, is largely unchanged in terms of picture quality from last year’s model. I saw 65- and 48-inch versions in person, and they looked physically identical. LG’s rep even said the soundbar bracket from the C2 will fit the C3, an indication of just how similar they are. LG did tell me the C3 may look brighter in person, thanks to slightly higher average picture level, but it won’t measure any brighter and I’d be surprised to notice a big difference.

None of the other improvements LG teased is what I would call major. The TVs have a new “α9 AI Processor Gen6.” But in my past tests, better processing has been tough to discern. The company also gave the G3 a design that hugs the wall even closer than before, “leaving no visible gap” when wall-mounted. The company’s smart TV system, which I don’t like, has been tweaked to add better categorization, personalized recommendations and a “selection of trending content,” according to the press release.

LG also said its 2023 OLED TVs will be the first to be certified by the HDMI organization for Quick Media Switching VRR, which “can eliminate the momentary ‘black screen’ that sometimes occurs when switching between content played from different source devices connected via the TV’s HDMI 2.1a compliant ports.” This (again minor) feature is intended for video playback as opposed to gaming and requires a QMS-VRR source device. The Apple TV 4K is getting support soon, for example.

For the last couple of years, LG’s OLED TVs, specifically the “C” models, have delivered the best picture quality for the money among high-end TVs, and I expect the C3 to once again compete for that honor. That said, the LG C2 from 2022 continues to be my favorite, and none of the improvements so far seem significant enough for me to recommend waiting for a C3.

LG did not announce prices or availability for its 2023 OLED TVs, although the G3 and Z3 will undoubtedly cost more than the C3. The company typically does not announce pricing on its TVs until spring, when they arrive in stores.