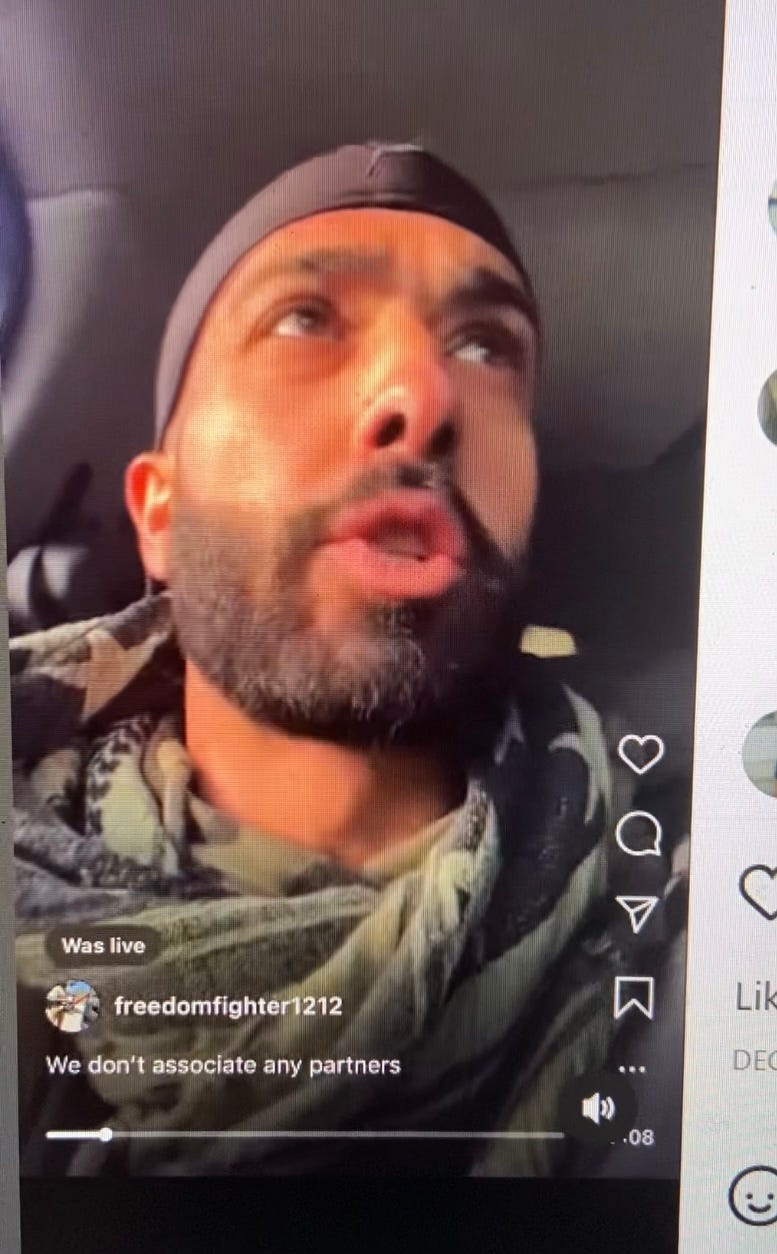 A Bloomfield Hills judge on Thursday bound over for trial a Dearborn man charged with two counts of ethnic intimidation after he drove to the synagogue last month and yelled at parents dropping off their children at a preschool.

Hassan Yehia Chokr, 35, appeared via video in 48th District Court as Judge Kimberly Small described his actions the morning of Dec. 2, when witnesses said he threatened Jewish and Black people at Temple Beth El in Bloomfield Township. Small also continued his $1 million bond in a case that has drawn national attention as an example of an upswing in anti-Semitic incidents across the US The case will now move to Oakland County Circuit Court.

In previous court hearings on this case, Chokr mooned one judge and screamed anti-Jewish remarks at another judge. In videos, including some he made during and after the synagogue incident, he is heard making anti-Jewish and anti-Black remarks, repeatedly using the N-word to describe two Black men he encountered who were trying to protect the synagogue as he drove outside it.

“The defendant’s words, his actions … right as parents were bringing their kids to religious school, was specifically intended to attempt to intimidate and harass the members of the Jewish community,” Small said at the hearing Thursday. “He threatened that the cup of Allah was coming for them.”

Chokr’s attorneys have said he suffers from mental health problems and that his speech that day is protected by the First Amendment.

But Small said Chokr’s remarks did not fall under protected speech.

There was “a serious expression of intent to harm,” Small said during the hearing, which was held via Zoom. “I would describe his tone ranged from angry … to rage … Toward the end, it was uncontrolled, seething rage that quite frankly, would make anyone shudder with bone-chilling fear.”

Small said that while “protected speech under the First Amendment includes expressions or ideas that … the overwhelming majority of people might find distasteful or discomforting,” Chokr’s words crossed the line into threats that are not protected.

“The right to speak, to speak freely is not absolute,” Small said. “A state may punish those words, which by their very utterance, inflict injury, or tend to incite an immediate breach of peace, including fighting words, inciting or producing imminent lawless action and specific to this case, true threats.”

Small cited the previous court testimony of police and witnesses, which included a mother who was dropping off two of her toddlers, ages 2 and 3. A video that Chokr filmed showed the mother holding one of them in her lap and holding the other by her hand as they walked towards the synagogue’s preschool in the parking lot while Chokr yelled at them.

“She’s holding her one child in her arms,” ​​Small said of the woman’s testimony. “She is holding the hand of her second child as she’s walking towards the school. It’s just prior to 9 am, which is when parents are getting there to drop off their kids at religious school. She’s in the main parking lot. She’s indicated it’s filled with Jewish parents.”

The woman testified that as Chokr was stalking her, “she hears a man yelling: ‘Do you support the State of Israel?’ ” Small said Thursday in court. “She said, ‘yes. … He is in a white van. The van is moving very slowly. It’s a commercial van.’ … She said his voice was scary, loud, aggressive, anger directed towards her and her daughters.”

Small said the woman testified that after she said “yes” to his question on supporting Israel, he responded: “How dare you! You’re doomed. You will pay for this. She indicated that he said that over and over again. ‘ You will pay for this. F Israel. F Jews.’ His tone became more aggressive. She had testified that she froze, she panicked, she feared for the life of herself and her children. And she believes that he was clearly targeting Jewish people. She indicated then that she turned to security and described the whole event as it’s shaking her to her core, believed she and her children’s safety was at risk at the time of the interaction with the defendant.”

Chokr appeared from jail wearing an orange jumpsuit. He spoke briefly, answering the judge’s questions, but then was muted by the judge after she said background noise in the jail was interfering with the court hearing.

“This case, as we know, does not involve a random encounter between the defendant and other people on a street or sidewalk,” Small said. “There’s nothing random about this, as the testimony in my mind showed defendant made a deliberate conscious choice about many things, the time, the place and the manner of his speech, his tone, his chosen victims, about the distance from the victims, what he said. And all of the circumstances go directly, in my mind, to the intent to intimidate. … A reasonable person in his position would foresee that his statements would be interpreted by the children and the parents he was yelling at as a serious expression of intent to harm or assault.”

Chokr remains in custody in the Oakland County Jail. He faces other charges.

Last month, Chokr was charged by federal prosecutors with lying on a federal firearms form when he sought to buy a shotgun, a rifle and a semi-automatic pistol.

After he left Temple Beth El, Chokr indicated in his video that he was going to try to buy guns at a store in Dearborn.

US Attorney for the Eastern District of Michigan Dawn Ison said he went to a federal firearms licensee in Dearborn, seeking to make the purchases.

“Chokr filled out a federal firearms form,” said a news release from Ison’s office. “On that form, Chokr falsely claimed that he had not been previously convicted of a felony. He also falsely claimed that there were no felony charges currently pending against him. However, Chokr was convicted in 2017 of Felony Financial Transaction Device – Stealing/Retaining Without Consent. He also has a charge of Assault with a Dangerous Weapon (Felonious Assault) currently pending against him in state court.”

Chokr submitted the form, but was unable to buy the guns after “his purchase was denied by the National Instant Criminal Background Check System (NICS).”

Chokr also faces a criminal case in Wayne County involving a dispute with a family member that resulted in an assault charge. And he previously faced other charges in Dearborn, court records show.

Jewish and Arab American groups in metro Detroit have condemned Chokr’s remarks at the synagogue.

Last month, the Jewish Federation of Metropolitan Detroit held the forum at Temple Beth El addressing the case, with law enforcement officials and Jewish leaders speaking. Some have raised concerns that Bloomfield Township police released Chokr after stopping him instead of arresting him even after he had said he was going to another synagogue. One officer is seen giving Chokr a fist bump before letting him go after a traffic stop. He was later arrested in Dearborn.

Bloomfield Township Police Chief James Gallagher said at the forum that “the officer at that time had no idea what was said” by Chokr outside the synagogue. He said the officer had taken down his information and confirmed his identity, but may not have had enough to arrest him at that point.

The Arab American Civil Rights League held the news conference last month criticizing Chokr’s comments, but also said his constitutional rights should not be violated. His attorney has asked for a lesser bond amount.

“There was no threat,” said one of Chokr’s attorneys, Youssef Dakroub.

“All the charges that are on him are false charges,” said Chokr’s brother, Hussein Chokr.

Chokr “truly has a mental health issue,” said Nabih Ayad, an attorney who represented Chokr in court Thursday. Ayad is also the founder of the Arab American Civil Rights League, which said in a statement that Chokr “has a long history of mental health crises and incidents that have transpired and spiraled due to not receiving the proper treatment needed for rehabilitation.”