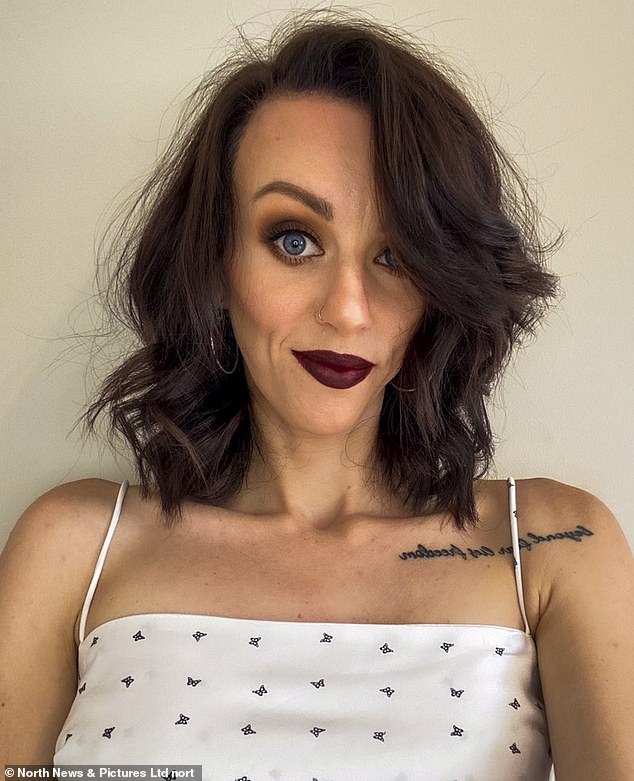 A woman born with two vaginas has told how she was clueless about her bizarre anatomy until she was 21.

Scarlett Rose, now 30, suffered years of excruciating pain during sex that left her feeling ‘like an alien’ because ‘I didn’t know what was wrong with me’.

Mrs Rose, who lives in Queensland, Australia, assumed it was because she ‘wasn’t ready’ or that it was ‘supposed to hurt’. Doctors even told her that the pain she felt was ‘in her head’.

Scarlett Rose, now 30, suffered years of excruciating pain during sex that left her feeling ‘like an alien’

It was only when she became pregnant that doctors discovered the mother-of-one’s vagina was split in two.

Discussing her ordeal, she said: ‘When I found out I had two vaginas I was relieved because it took me years to figure out what was wrong.

What is a vaginal septum?

A vaginal septum is when the female reproductive system does not fully develop, leaving a dividing wall of tissue inside the vagina.

Many girls don’t realize they have a vaginal septum until they reach puberty or when they become sexually active and feel pain during sex.

Some women with a vaginal septum never have any symptoms.

Doctors aren’t sure what causes the condition but they know it happens when the person is developing as a fetus in the womb.

Figures suggest around one in 72,000 women have a transverse vaginal septum

‘Now, sex isn’t painful and I can lead a normal life.’

Mrs Rose, a councillor, added: ‘I also want other women to know they are not alone in this.’

Figures suggest up to 72,000 women globally have a transverse vaginal septum — when a wall of tissue separates the vagina into two.

Her tissue ended two centimeters before the vaginal opening, making it difficult to see and hard for any doctors to diagnose.

Mrs Rose, who started having sex at 18, said: ‘The first time that I tried to do anything I thought I wasn’t ready or that it was supposed to hurt.’

While she sought help at the time, doctors and gynecologists were baffled by the cause of her agony.

Over the course of three years she endured laparoscopic surgery, smears and ultrasounds, as well as treatment for thrush, bacterial vaginosis and vaginismus — when the vaginal muscles tighten during penetration.

Discussing her quest to find answers. she said: ‘It was really hard.

‘I developed severe anxiety because of it. I was told that it was in my head.

‘I knew that what I was experiencing physical pain and when you are told there is no issue or that people don’t believe you it’s very difficult. I was so embarrassed.’

Mrs Rose added: ‘Once I met my husband (Jamie) he told me my pain wasn’t normal and I realized there was a problem.’ 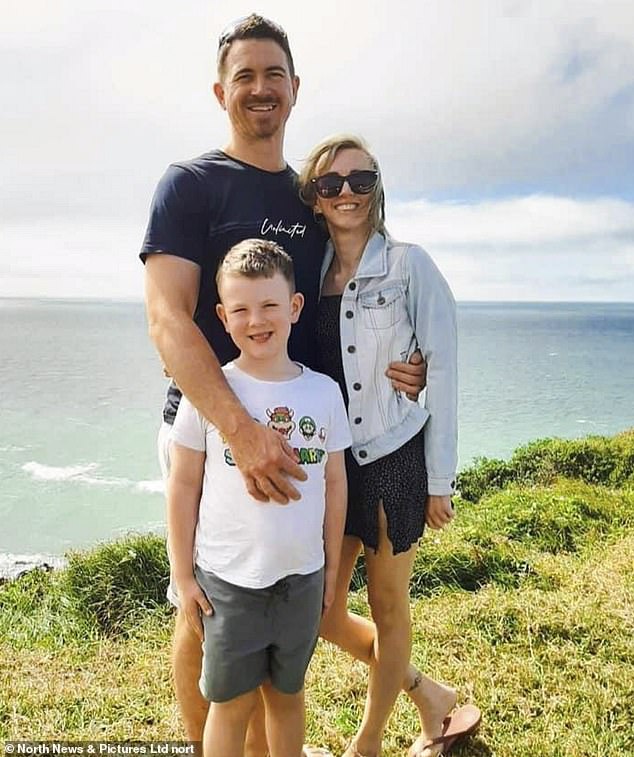 It was only when she became pregnant in 2014 with her son Hunter, now eight, that doctors discovered Mrs Rose’s vagina was split in two. Pictured with husband Jamie and son Hunter 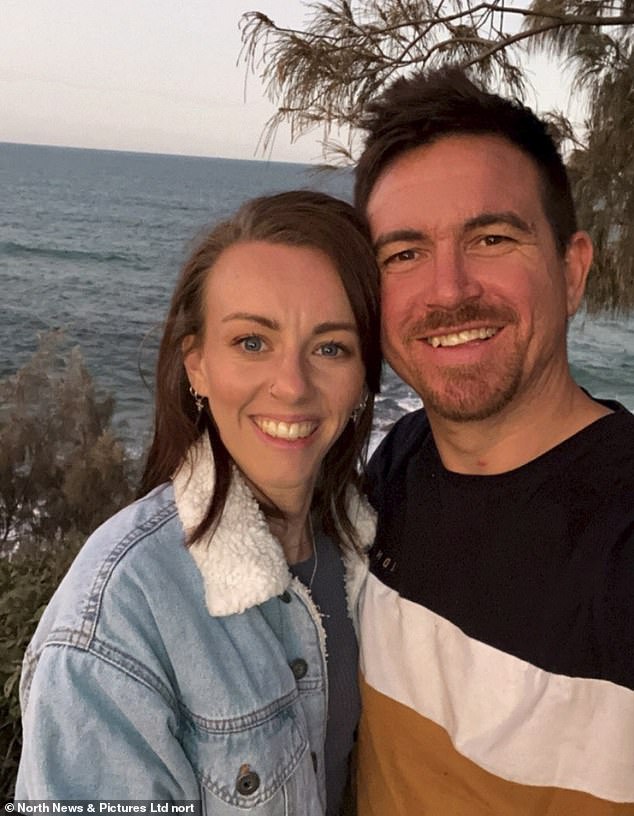 Despite the strain her condition put on her relationship with her field service technician husband, the pair (pictured together) got married and started trying for a baby

She struggled to find any answers to her questions about her pain online, and no one she knew had experienced anything similar.

Mrs Rose added: ‘Even when we talked to friends about it, men would tell me I wasn’t good enough and that I needed to figure my problems out as a lack of sex wasn’t fair on my husband.

‘Having sex was incredibly painful. Intercourse isn’t just for pleasure it’s a way to bond in relationships. 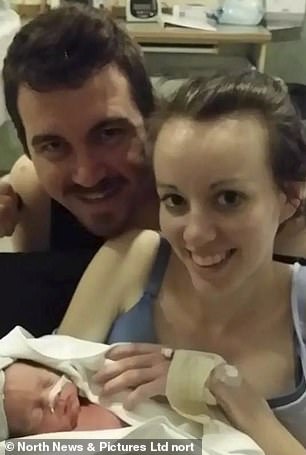 At 21-weeks pregnant Mrs. Rose was rushed to hospital after she was found to have a weak cervix which could induce premature labor. Pictured with her husband after giving birth

‘My husband was so supportive and understanding and made sure that I was okay.’

Despite the strain her condition put on their relationship the pair still got married and tried for a baby, which Mrs Rose described as ‘incredibly painful’.

She added: ‘Doctors told me that delivering a baby may help with the pain as they assumed my pelvic floor was too tight and having a baby could loosen it.’

However, at 21-weeks she was rushed to hospital for a surgery as she was found to have a weak cervix which could induce premature labor.

During the surgery, doctors discovered her vagina was split in two and removed the septum, creating one vagina.

She was told that if they hadn’t discovered the tissue she could have hemorrhaged during birth, which could have killed her and her son.

‘After I gave birth I had to have a smear test at six weeks post-partum. I was terrified because they were usually incredibly painful but after the surgery it was completely fine’, she said.

‘I wanted to raise awareness because then you can go to appointments with an idea of ​​what is going on and you’re more likely to get help and support.

‘I want people to see my story and know about it so they can advocate for themselves.’