Improve your memory and concentration with this unexpected advice 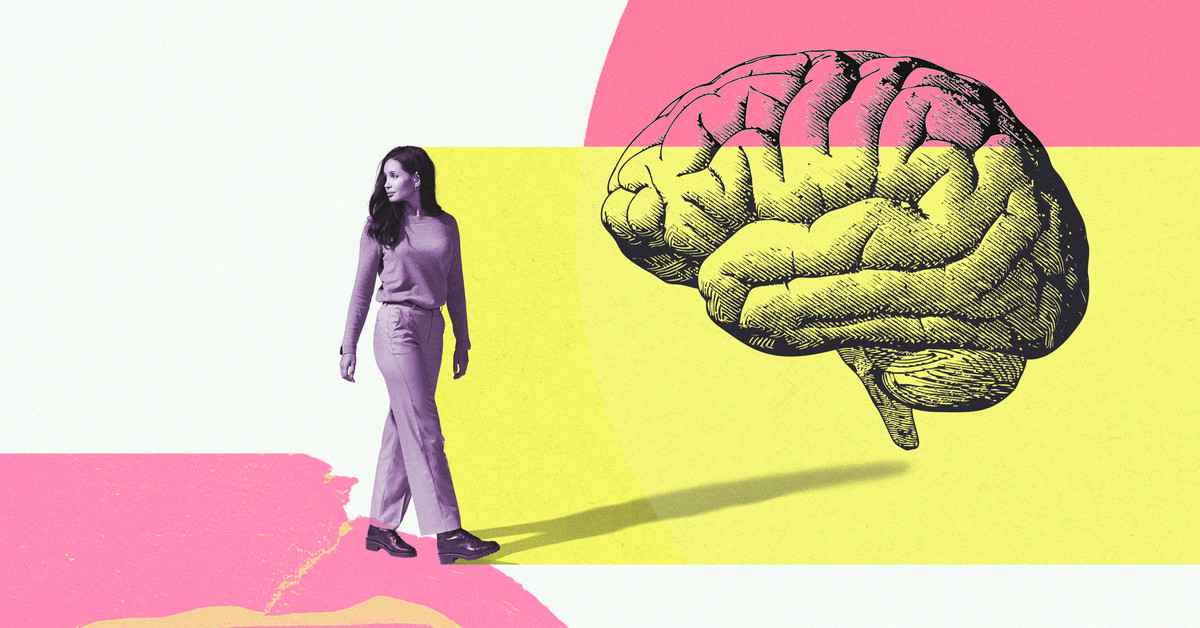 The brain is an extraordinary organ, with many wonderful qualities, including the ability to forget — which may actually be a good thing. “If we remembered everything that we experienced, our brains would be hoarders, clogged with all sorts of useless crap that gets in the way of what we really need,” says Charan Ranganatha professor of psychology and the director of the Dynamic Memory Lab at the University of California Davis.

In today’s constantly plugged-in, always-on world, people are faced with a barrage of information — emails, news, pointless meetings, traffic updates, chitchat from family members — far more than anyone can process, Ranganath explains. “Instead, evolution favored quality over quantity,” he says. “We get good quality memories for the stuff that we are paying attention to, and that is often the important stuff. But if we’re not paying attention to something, we will never really get a good memory of it to begin with.”

These issues with remembering often rear their heads at the least convenient times: when you’re in a rush and can’t find your keys, when you enter a room and don’t know what you came for, when you’re talking with an acquaintance whose name escapes you, when a friend refers to a nice moment you shared and you have no recollection. This kind of forgetting is completely normal, Ranganath says, but it is frustrating nonetheless. (Other, more severe conditions can cause memory loss and interruptions to memory recall, such as trauma, Alzheimer’sand ADHD. Strategies to address these disorders may include therapy and medication, more intensive than the tips outlined here.)

Generally, though, hope is not lost if your recall is a little rusty. Memory is an active process, not a passive one, says clinical neuropsychologist Michelle Brown. “Which kind of undermines a longstanding myth that brain health is just a product of genetics and there’s really nothing we can do about it,” she says. Paying a little more attention and savoring special events can help you remember life’s moments, big and small.

The responsibilities of modern life mean there are more priorities than ever vying for your attention. How many times have you walked away from a conversation having no idea what was discussed because you were distracted by your phone? “You can get impoverished memories for past events because you were never really there in the first place,” Ranganath says.

Absentmindedness is one of memory researchers Daniel Schacter‘s “seven sins of memory,” common weaknesses in memory everyone experiences. This is when you don’t pay attention to where you put your keys or are so scatterbrained you miss an important doctor’s appointment. “If we’re, for example, engaging in multitasking, we may never really encode the information about where I just left my keys or glasses,” says Schacter, a professor of psychology at Harvard University.

Another method to help you pay closer attention to the tasks at hand is what Braun calls the PLR ​​technique: pause, link, and rehearse. This can help you both remember someone’s name and recall the reason you walked into a room. If you’re hiding a birthday present for your kid but fear you won’t remember where you put it, take five seconds to pause and focus on where you’re putting the gift, as opposed to just putting it down and looking away and doing something else,” Braun says. Then look at the surroundings — this is the “link” step — and contextualize where you hide the present with its environment: in your closet, next to a bin of shoes. The final step is to rehearse the process of retrieving the present. Look away from the hiding spot and visualize in your mind where the present is.

Use technology to your advantage, Ranganath and Schacter agree: Put meetings in your phone’s calendar (be detailed about who you’re meeting, where, and why) and make sure alerts are turned on, set reminders, and take photos of events to refer to later “Go back to those pictures,” Ranganath says. Don’t just take a photo and let it languish in your camera roll forever. “Anything you can do to revisit unique moments will bring back all sorts of other stuff.” (Schacter isn’t convinced technology is detrimental to our memory as some experts suggest. “I don’t think there’s a lot of strong evidence on that point,” he says.)

Events that occur during heightened emotional states — fear, joy, anxiety, excitement, sadness — are more memorable. It’s why you remember your wedding day and perhaps not your 10th date. In order to remember more mundane things — where you’re storing dress shoes you wear once a year, a name, an item you need to pick up at the store — make these things extraordinary, says five-time USA Memory Champion and memory coach Nelson Dellis. “I’ve made my life more memorable,” he says. After his grandmother died from Alzheimer’s in 2009, Dellis began to explore ways to improve his own memory. Two years later, he won his first USA Memory Championship — a competitive event consisting of memorization challenges — thanks to memory-strengthening exercises.

Dellis assigns vivid images to whatever he’s trying to remember, be it a number or an address. Maybe if you don’t want to forget to grab cheese at the grocery store, imagine a giant, incredibly stinky hunk of cheese. Dellis will sometimes pinch himself or say a unique mantra when putting down his keys so he’ll remember the bizarre thing he did at the moment. Or, say you meet someone named Steve at a party and he’s wearing a shirt with monkeys on it. You might picture him dressed in a full monkey costume. “Anything that you can make over-exaggerated,” Dellis says, “like if it smells weird, maybe you can imagine it smelling even worse, or if it’s something that’s normal size, imagine it huge.”

Another one of Schacter’s seven sins of memory is transience, which refers to forgetting over time. For example, the more time that passes after you watch a movie, the more details you’ll forget. But if you study or reflect on things you want to remember, the more likely these memories will be strengthened, Schacter says. Again, looking at images or videos you took from a particularly enjoyable dinner with friends is a way to better commit these events to memory. Or instead of photos, commit the scene to memory by journaling.

Dellis recommends spending five minutes before bed recalling what happened that day. Did you see a beautiful sunset? Did your kid have a funny retort to a simple question? Did you eat something delicious? Replay small but lovely occurrences you’d like to savor. “The more you do that, over time you realize you’ll actually be able to remember more details of your life,” Dellis says.

Be proactive and prevent forgetfulness from occurring

It can be hard to anticipate what you’ll forget in the future. But having a sense of what your memory shortcomings are can help safeguard these important items in your memory. If you sign up for a free trial and know you’re prone to forgetting to cancel it before you’re charged for the rest of the year, setting a reminder in your phone notifying you to cancel it isn’t being too tech-dependent , it’s knowing your blind spots. This is what Schacter refers to as having good metacognition, “good insight into how your memory works,” he says. “Being aware of the fact that your memory can fail in the future, even though in the moment it seems plain as day that you should be able to remember this but you know that a year from now, projecting ahead, you may not.”

Perhaps remembering names is one of your memory weaknesses — a “sin” Schacter refers to as blocking (where the information you want is on the tip of your tongue but you can’t access it). Before attending a wedding or your kid’s basketball game, try to recite the names of people who usually attend these events, Schacter says. This exercise doesn’t need to be more than a few minutes of refreshing — maybe jump from one social connection’s Instagram to another. “With blocking,” he says, “you really have to get ahead of it because when it’s happening, it’s too late.”

Even if you consider yourself a forgetful person, memory is a skill that can be practiced and strengthened, Dellis says. Before he entered memory competitions, Dellis never considered himself a person with an extraordinary memory. Test yourself, he says, by assigning vivid and unique images to grocery items and try shopping without a list. Tell yourself you’ll remember 10 new names at a social event.

“It’s very easy to be like, ‘I’m just the person with a bad memory,'” Dellis says. “When you start to change that narrative, and you start to realize that our memories are really more amazing than most people think… it just is a snowball effect that makes your memory even more powerful.”

Even Better is here to offer deeply sourced, actionable advice for helping you live a better life. Do you have a question about money and work; friends, family, and community; or personal growth and health? Send us your question by filling out this form. We might turn it into a story.


Google Pay. You can also contribute via