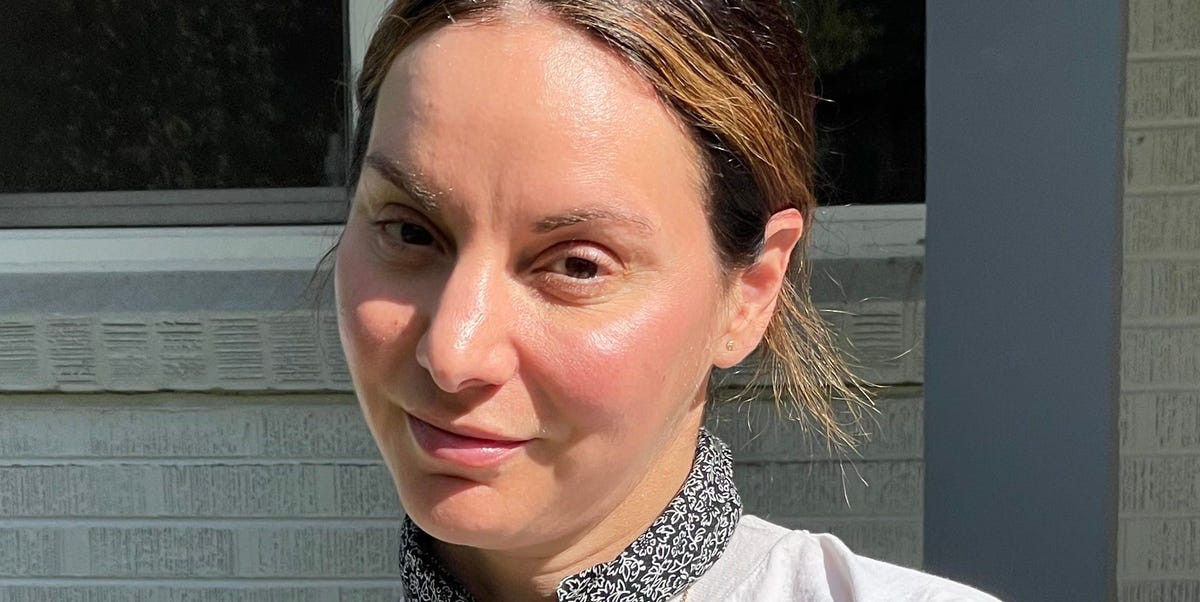 Thanks for signing up!

Access your favorite topics in a personalized feed while you’re on the go.

I’ve always had a sensitive stomach. Since I was a child, I’ve known that eating fried foods, lots of pasta, and a lot of dairy can cause stomachaches that last almost 24 hours. Then, two years ago, everything I ate started to make me feel sick and bloated.

For over a year I ignored my symptoms — until I also started to experience diarrhea, weight loss, fatigue, and loss of appetite. I convinced myself stress was to blame, so I did what I could to lower my stress levels; I meditated, added workouts to my schedule, and tried to get more sleep. But for the most part, these things did little to improve my symptoms.

Finally, after struggling to walk up the stairs in my house eight months ago, I decided to see a gastroenterologist, a doctor specializing in diseases and disorders of the digestive system.

As I sat in the doctor’s office, it hit me how tired I was and how sick I’d been feeling daily. After a checkup, the doctor sent me home with a kit to retrieve stool culture to test for salmonella. She also provided an at-home breath test to measure fermented gases (hydrogen, methane, and hydrogen sulfide) in my gut.

The stool sample tested negative for salmonella. But the breath test showed a positive result for SIBO, or a small intestinal bacterial overgrowth, an imbalance of bacteria in the small intestine as a result of slow movement in the gut.

Although my gastroenterologist is unsure how my SIBO developed, she said stress could have caused the gut infection. The Mayo Clinic reports that SIBO can also be a result of surgery or diseases that affect the small intestine.

My first attempt to treat SIBO failed, but I kept at it

As soon as I was diagnosed with SIBO, I was desperate to get rid of it. I saw a nutritionist who recommended I treat SIBO with an antibiotic and a costly powder called Physicians’ Elemental Dietwhich involved drinking a mixture of the powder and water every 45 minutes for two weeks as my only form of sustenance.

When I got home and started the diet, I struggled to get the mixture down without gagging. At one point I was so sick and had a raging headache. I watched YouTube videos about people who had gone through this diet to try to convince myself to soldier on, but in the end I gave up. I knew that getting rid of SIBO would be challenging, but I was unwilling to make myself feel even sicker than I already felt to do so.

I called the gastroenterologist, who suggested treating my SIBO with a temporary low-FODMAP diet. FODMAP (which stands for fermentable oligosaccharides, disaccharides, monosaccharides, and polyols) is an acronym for a specific kind of carbohydrate that may be particularly difficult to digest. I incorporated low-FODMAP foods like eggs, meat, almond milk, oats, rice, zucchini, and oranges into my meals and avoided wheat, lactose, legumes, apples, avocados, and sweeteners like honey and corn syrup.

My symptoms eased. After four weeks of this strict diet, I reintroduced foods one by one for three weeks to try to determine which foods might be causing symptoms. A study published in October linked a low-FODMAP diet with a reduction in the severity of symptoms of people with gastrointestinal conditions including SIBO. This is because the diet reduces the intake of carbohydrates that can ferment in the gut and fuel bacterial overgrowth.

I learned that large amounts of soft cheeses and gluten cause discomfort in my stomach, so I refrain from eating them.

Now I know how to keep my symptoms at bay

Five months after completing my low-FODMAP diet and reintroducing foods, I felt like a new person. I wasn’t tired, my mood had improved, and my stomach pains were minimal.

But over the past month, as I’ve attended holiday gatherings and eased up on my SIBO-friendly eatingI’ve started to feel discomfort in my stomach and sometimes have had to force myself to eat.

Although it’s frustrating, I’ve made an appointment with my gastroenterologist and plan to do another breath test. If I get a diagnosis of SIBO again, I know a low-FODMAP diet along with meditation and hiking can help ease my symptoms and lower my stress.