Giving away more power did nothing for Kevin McCarthy, who lost his 10th House speaker ballot after further bowing to dissidents’ demands 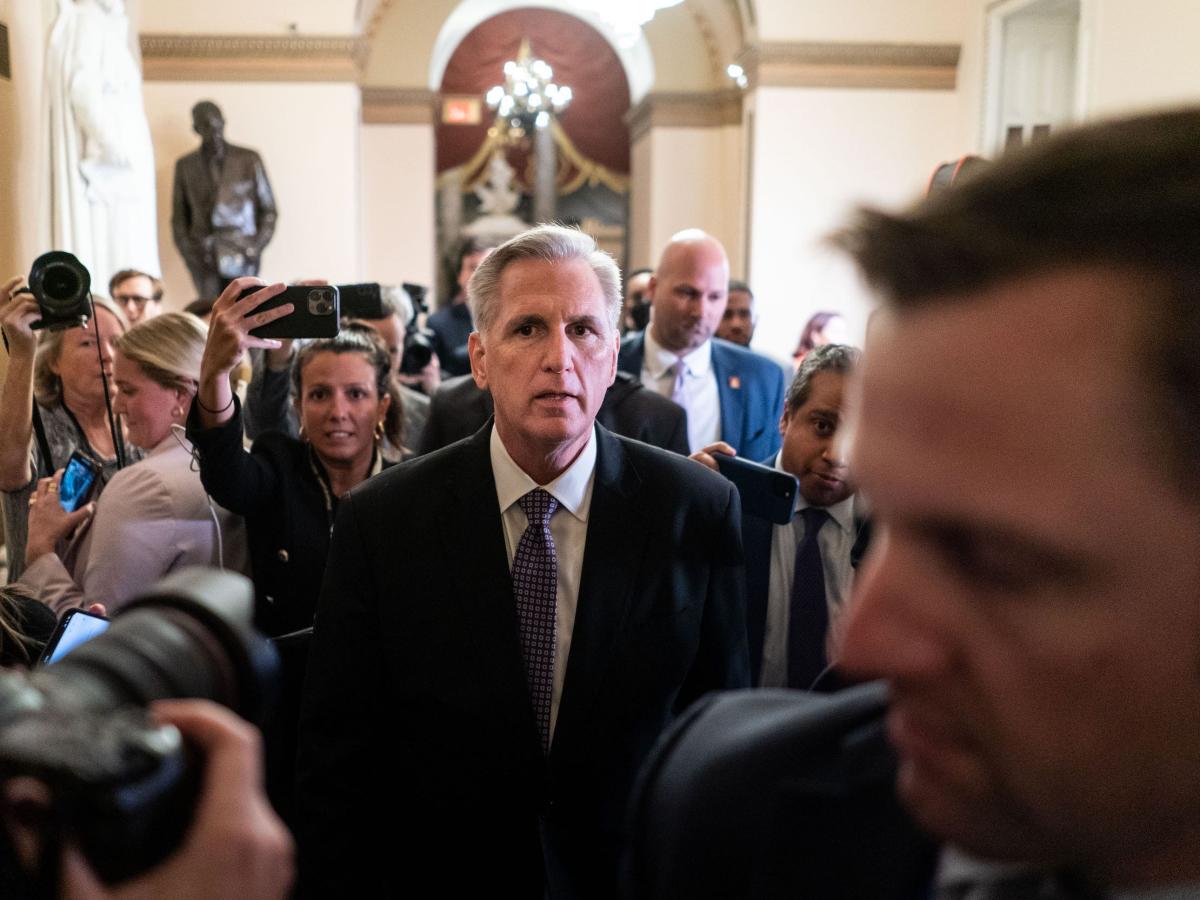 Having shed ground throughout the week, the California Republican and his allies closed out their terrible Wednesday (three failed ballots) by reaching out to anti-McCarthy activists like Reps.-elect Chip Roy of Texas and repeat speaker challenger Byron Donalds of Florida to find a way out of the brutal leadership fight.

McCarthy’s reward for all the late-night groveling? Most of the increasingly emboldened holdouts stuck behind Donalds for the second day in a row.

The biggest changes have been among key McCarthy agitators: Rep.-elect Matt Gaetz of Florida voted for former President Donald Trump twice, and Reps.-elect Lauren Boebert of Colorado and Josh Brecheen of Oklahoma threw their support behind Rep.-elect Kevin Hern of Oklahoma, the incoming chair of the influential Republican Study Committee, during the seventh and eighth ballots.

By the tenth ballot, Hern had peeled off a few more defectors from Donalds, winding up with seven votes. Hern has thus far supported McCarthy, but previously hinted that he would consider taking a go at the top post.

“If I hear my name, it’s something I’ll have to think and pray about before deciding if it’s a job I’ll run for,” Hern told The Frontier’s Reese Gorman.

Boebert twisted the knife further when she switched her support from Donald to Hern by saying she was voting for “Kevin.”

McCarthy’s running tally also shrank by one vote to 200 after Rep.-elect Ken Buck left town for what his staff said was “a planned non-emergency medical procedure.” A Buck aide told Insider that the Colorado Republican would be busy “the rest of today and most of tomorrow,” likely taking him out of the voting mix until this weekend.

Ask and ye shall receive

McCarthy began the now months-long negotiations by opposing any effort to make it easier for rank-and-file lawmakers to topple a speaker.

Republican Rep.-elect Dan Crenshaw of Texas previously compared bringing back the procedural maneuver to governing “with a gun to your head.”

“There’s a reason [the motion to vacate] already got debated. You can’t govern with a gun to your head and that is what they are asking for. It makes us highly unstable, and it lays out the potential too for Democrats to take advantage of this and create absolute chaos,” Crenshaw told CNN in December.

According to multiple reportsMcCarthy has now agreed to let a single House Republican wield that power. The archaic “motion to vacate,” which is essentially a no-confidence vote, has only ever been voted on once, but then-Rep. Mark Meadows’ introduction of it in 2015 set off a chain of events that led conservative rabble-rousers to push then-Speaker John Boehner into retirement.

Republican Rep.-elect Josh Gottheimer, who was once a thorn in House Democrats’ side, said the GOP could be in for chaos if talks continue on their current trajectory.

“If they cave to the far-right extremists on the motion to vacate, and continue to give away the store on committees and rules, Congress could be forced into a gridlock nightmare,” Gottheimer of New Jersey told Politico.

Beyond the sword potentially falling on his head, McCarthy has also acquiesced to horsetrading that could alter the House’s daily rhythms.

According to multiple reports, McCarthy will allow up to four of the holdouts to sit on the House Rules Committee, the panel that sets the procedural steps necessary for legislation to be considered on the House floor. Depending on lawmakers’ desires, the rules panel can set requirements that would effectively kill a bill with endless amendments or ensure its safe passage.

All of these concessions are critical when it comes to what House lawmakers will actually have to do in the months ahead.

Most notably, Congress will need to raise the debt ceiling later this year or risk a default that would send US and international markets into a tailspin. Conservatives loathe raising the debt ceiling without significant spending cuts but their leverage is weakened by the reality of a Democratic Senate and White House. This almost certainly means McCarthy would need to rely on House Democrats, a scenario that has doomed past GOP speakers.