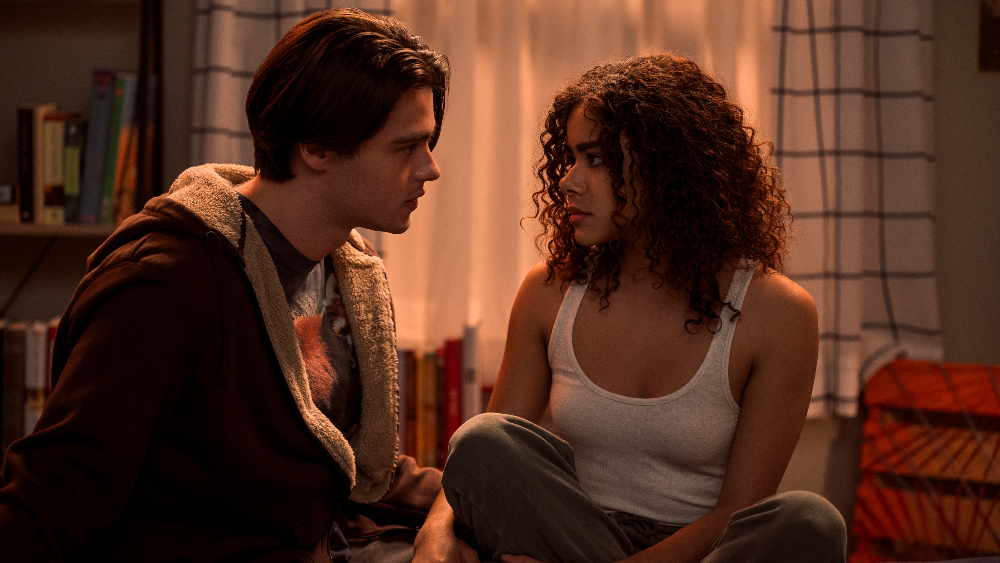 Netflix’s coming-of-age mother-daughter drama “Ginny & Georgia” where in a bit deeper with Season 2. The series, which dropped on Jan. 5, picked up with Ginny (Antonia Gentry) and her little brother living with her dad, Zion (Nathan Mitchell) after leaving town at the end of Season 1 when she learns her mom (Brianne Howey) killed her stepfather.

Season 2, however, focused less on the many crimes of Georgia and more on the mental health challenges that so many high-school kids are going through.

“Everyone’s fighting a battle you can’t see,” showrunner Debra J. Fisher says. “It’s really hard to human overall, which I think really translates into a lot of our arcs this season.”

During Season 1, Ginny is shown using a lighter to burn her legs. The writers worked closely with Dr. Taji Huang and Mental Health America to ensure responsible storytelling — something that continued in the sophomore season, during which Ginny enters therapy after confiding in her dad instead of her mom, Georgia (Brianne Howey), about her self-harm. Her dad convinces her to enter therapy.

“We always wanted to have Zion be much more a part of the conversation. We didn’t want to fall into a trope of him being a bad dad. We also wanted Ginny to get into therapy. And those were really important to Dr. Taji, as well as us just to show that other parts of mental health with you know, her being supported in that way,” says Fisher. “We’re not a teen issue of the week show. We don’t move on to the next problem. We really wanted to tell these stories over the course of several seasons… It was always about the long game, and just being able to approach mental health, self-harm and depression in a really realistic, grounded way that we hope really resonates with the kids.”

Ultimately, Georgia learns of her daughter’s self-inflicted burns, and makes her show her the scars; the markings were revealed in Season 1, but never shown in Season 2 — a deliberate decision made by the writers.

“We didn’t have to see it again,” says Fisher. “I think that was the right decision to play it that way. We know that Ginny is still self-harming, but we just didn’t need to gratuitously see it.”

The latest episodes also depict a rare storyline: 16-year-old Marcus (Felix Mallard) shutting out his friends and family due to depression — but ultimately, welcoming help and taking medication. During Season 1, Marcus mentioned his depression briefly when talking about the death of his best friend.

“For Season 2, with the two of them being together, we always had discussed where Marcus was — in terms of his anxiety and depression — that that would be the reason that he and Ginny broke up. That was always something that we were working towards, and we don’t often see anxiety, depression and mental health in a young man, a 16-year-old boy, and we really wanted to highlight that,” Fisher says. “Felix Mallard was just so willing to dive deep into that. I think he just gave such a beautiful, nuanced performance, and was just so relatable.”

Because depression looks different on everyone, the writers wanted to make sure that was the case on screen, too. The various writers room shared their own experiences while crafting the show, and creator Sarah Lampert and Fisher spoke to Mallard frequently about the story.

“He had a lot of impact on the way it was played,” says Fisher. “At his age, to recognize it, is such a mature thing. I think it’s something a lot of teens are dealing with — they just have too much on their plate and it’s too much of a struggle, especially with what we’ve all been going through in the past couple of years.”

The series also highlights other students who are struggling. One example is Abby (Katie Douglas), who tapes her legs to make them appear skinnier — a storyline Fisher hopes to develop more if the show is renewed for a third season.

“We had several people on our creative team with that lived experience” of taping, says Fisher. “We will get into it [further]. In Season 1, we did have several people who struggled with eating disorders; we wanted to highlight like this is something that you know your best friend is going through and you literally have no idea. Everyone is fighting a battle you can’t see, even your best friends.”

In the final episode, Abby hears Samantha (Romi Shraiter) vomiting in the bathroom, revealing that she’s also having problems. Again, if the show gets more episodes, they plan to dive into the “unlikely pairing” of the two young girls facing similar situations.

“This was something that came up at the end of the season. We were having this conversation in the writers room about who the last person on the planet was that Abby could think that she would relate to,” says Fisher. “They’re always making fun of Samantha. Samantha is always saying the wrong thing. We really wanted to really humanize her and that was our way of doing that.”