Fans have ‘right to tailgate,’ Republicans joke after championship ban 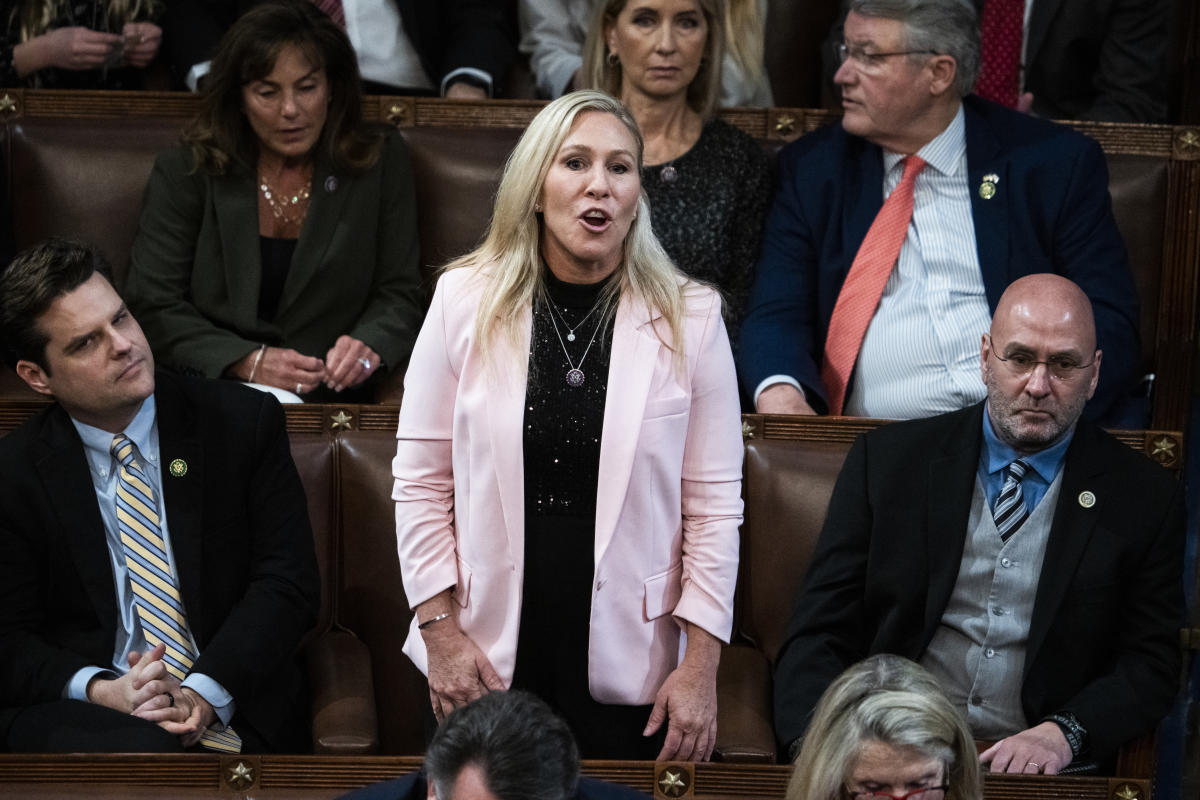 College football fans were dismayed to learn that those arriving to watch Monday’s national championship in Los Angeles won’t be able to kick off game day with what many consider the sport’s essential tradition.

Tailgating won’t be permitted at any parking lots in SoFi Stadium, the host venue in Inglewood, according to the College Football Playoff’s website. The ban is not new and has been a standing policy at championship games for several years, a CFP spokesperson told The Washington Post.

Still, fans are spending the lead-up to the game – being played this year between the University of Georgia Bulldogs and the Texas Christian University Horned Frogs – blasting the policy on social media. They found some high-profile company Thursday when Republicans Sen. Ted Cruz (Tex.), lawmaker Marjorie Taylor Greene (Ga.) and Georgia Gov. Brian Kemp took to Twitter to echo their complaints.

Cruz and Greene appeared to lightheartedly endorse a satirical bill, the “Gerald R. Ford Right to Tailgate Act,” proposed on Twitter by a parody account. The bill outlaws any stadium or business entity banning tailgating and declares that Russian President Vladimir Putin “has zero SEC championships.”

Cruz volunteered himself as a co-sponsor.

Greene tweeted, “I stand in support of football fans right to tailgate” on Thursday morning, as the House of Representatives began a third unsuccessful day of voting for a House speaker.

“Alas without a Speaker, we are powerless,” Greene added.

Kemp, whose state is set to host the College Football Playoff’s championship game in 2025, tweeted that he would ensure that the future matchup in Georgia would permit tailgating, “even if it’s at the state Capitol!!”

Democratic lawmaker Brendan Boyle of Pennsylvania also tweeted in jest that he would “cross the aisle” to support the bill.

Three Year Letterman, the parody account, told The Post they were happy to see “bipartisan support for this important piece of legislation, which I drafted on my phone.” Greene and Kemp’s offices did not immediately return requests for comment. Cruz’s office said the senator had no additional comment.

CFP executive director Bill Hancock said in a statement that fans would be allowed to bring coolers and “enjoy themselves” in their parking spaces but would not be allowed to set up tents or grills.

“For us to operate the parking operations efficiently on gameday, we are not able to allow fans to set up tents and grills in the drive aisles or adjacent parking spaces because we have limited on-site parking at SoFi Stadium,” Hancock said.

The CFP will host a free “Championship Tailgate” event outside the stadium before the game that will feature performances from both schools’ marching bands, Hancock added.

Some fans, though, said that would be a far cry from the laid-back gatherings to barbecue and play drinking games that they’d normally enjoy before kickoff.

“It just sounds like this corporate grab,” said Zach Kadletz, 32, a TCU graduate who’s going to the game. “We’d rather set up a few tents and grills and hang out all day.”

“It’s definitely a bummer,” said Clay Liolios, a junior at the University of Georgia who also plans to go. “It’s one of the best parts of the game, I think. When you’re with all your friends, kind of nervous before the game, and you get to take some ease off at the stadium and enjoy a few beers.”

Liolios said he wasn’t surprised by the news that the ban had been in place in previous years but said that fans were probably more excited to tailgate this year than when the national championship was hosted in Indianapolis in 2022.

“It probably wasn’t as big of a deal in the past because last year it was in Indianapolis where it was 5 degrees and snowing,” he said. “I think people were super excited to get out in this warm weather and tailgate and do all that stuff. Maybe that’s why it first came to light.”

Liolios did find a silver lining though: He noticed ticket prices dropped on resale sites around the time news began circulating about the tailgating ban and saved some money on his seats. He plans to gather with his friends before the game at his family’s home in Newport Beach before taking a bus to the stadium.

Kadletz and his friends will try their luck in the parking lot.

“It’s unfortunate,” Kadletz said. “We’ve had this unbelievable ride, this historic season. We can’t throw a proper tailgate party and cap that off and enjoy it all together.”

In her own words: Pelosi steps back after decades in charge

With forests in peril, she’s on a mission to save ‘mother trees’