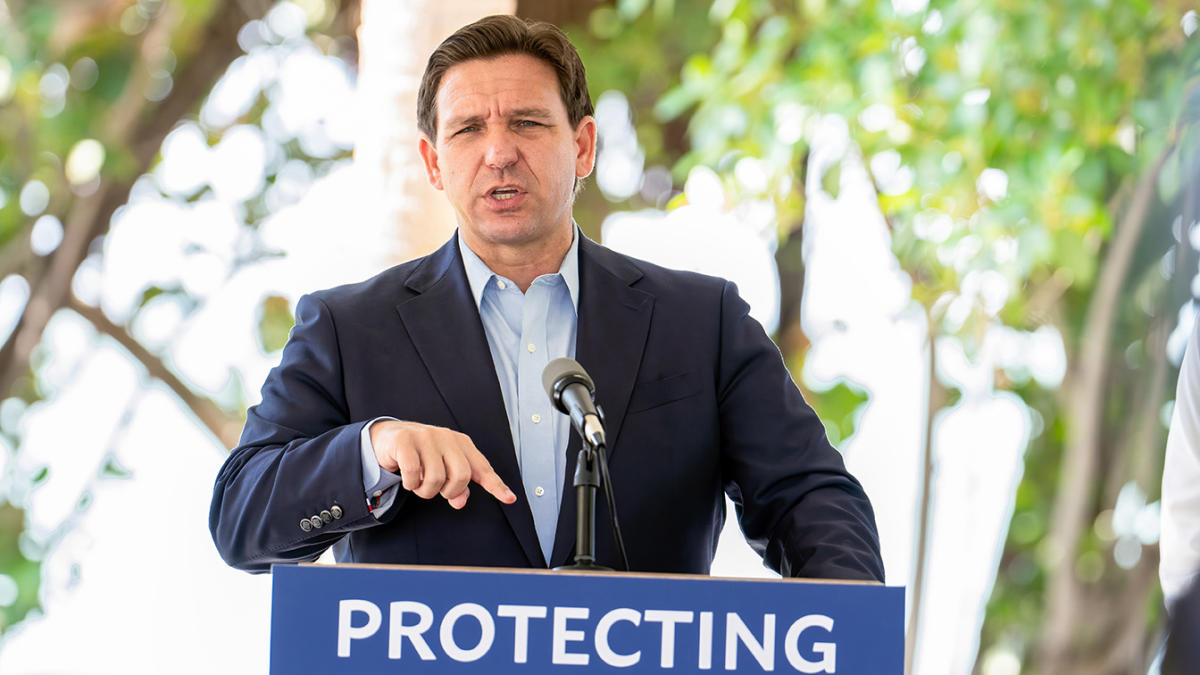 One day after Florida Gov. Ron DeSantis announced a push to investigate alleged harms caused by coronavirus vaccines, Dr. Anthony Fauci, President Biden’s chief medical adviser, criticized the move as a pointless exercise that would only undermine public confidence in efforts to boost and maintain protection against the circulating pathogen.

“We have a vaccine that, unequivocally, is highly effective and safe and has saved literally millions of lives,” Fauci said Wednesday on CNN. “What’s the problem with vaccines?”

The problem is vaccines have become part of America’s polarized politics. Since the advent of COVID-19 vaccines late in the Trump administration, skepticism of the established medical science has become a kind of creed for many conservatives, as well as for some on the far left. Political disagreements about lockdowns, mask mandates and vaccine requirements have hardened into antipathy towards the vaccines themselves.

Seizing on rare adverse side effects and diminishing effectiveness — the result of new variants and low booster uptake — vaccine critics have dismissed inoculation as ineffective and potentially dangerous.

Some have also embraced outlandish conspiracy theories about vaccines as a form of government and corporate control.

During a pandemic-related hearing in the House, Rep. Jamie Raskin, a Maryland progressive, called the proposed grand jury an “Orwellian” development. “These actions are transparently designed to falsely suggest that coronavirus vaccines, and not the coronavirus itself, are dangerous,” he said Wednesday.

DeSantis, who is widely expected to seek the Republican presidential nomination in 2024, played open to those concerns on Tuesday, when he announced he would call for Florida’s Supreme Court to empanel a grand jury “to investigate crimes and wrongdoing committed against Floridians related to the COVID-19 vaccine.” He is also seeking “further surveillance into sudden deaths of individuals that received the COVID-19 vaccine in Florida.”

Such deaths are rare, according to the Centers for Disease Control and Prevention, whose vaccine surveillance statistics indicate that 17,868 people — or 0.0027% of vaccine recipients — died after their shots. Those reports unquestionably include thousands of deaths that happened after vaccination but had nothing to do with the vaccines themselves.

Vaccine skeptics have often used reports of supposed side effects — such as those to a vaccine database that does not require confirmation — to exaggerate supposed dangers. And such critics invariably downplay the fact that vaccines are exceptionally effective at stopping serious and critical COVID-19 illness, which has killed more than 6.6 million people globally.

And with online misinformation and partisan politics exerting strong pressure on the American public, vaccine fears have been easily exploited, leading to low uptake among Republicans. As a consequence, heavily Republican areas have had higher death rates than Democratic ones.

In Florida, more than 83,000 people have died from COVID-19, and cases there have been rising recently. DeSantis, who has decried what he describes as “Faucism” (the echoes of “fascism” are difficult to miss), downplayed the seriousness of the pandemic from the start, although he has also been credited for opening schools and other businesses well before Democratic counterparts, some of whom remained in a cautious crouch well into 2021.

Earlier this year, DeSantis clashed with former President Donald Trump for supporting vaccination, refusing to say whether he had received a booster shot. Trump shot back by calling DeSantis “gutless.”

DeSantis has also regularly attacked Fauci in personal terms. “Someone needs to grab that little elf and chuck him across the Potomac,” he said earlier this year of Fauci, who has been the face of the pandemic for both the Trump and Biden administrations. (He was eventually sidelined by the former in favor of experts closer in line with DeSantis’s views.)

In late 2021, DeSantis hired Dr. Joseph Ladapo as Florida’s surgeon general. Ladapo has had no experience with infectious diseases and has routinely attacked vaccination and masking. “With these new actions, we will shed light on the forces that have obscured truthful communication about the COVID-19 vaccines,” Ladapo said after Tuesday’s event.

The announcement by DeSantis comes days after new Twitter owner Elon Musk attacked Fauci on Twitter, calling for his prosecution. A supporter of DeSantisMusk has argued that prior to his ownership, Twitter executives suppressed information on the coronavirus that presumably undermined public health messaging.

Last week, he invited Stanford’s Dr. Jay Bhattacharya — an outspoken critic of pandemic precautions — to Twitter’s headquarters. Bhattacharya, who has advised DeSantis in the past, will be on the governor’s new public safety committee, along with Dr. Martin Kulldorff of Harvard (a co-author, with Bhattacharya, of the pro-reopening Great Barrington Declaration) and Bret Weinstein, a quasi-celebrity on the so-called Intellectual Dark Web with no professional experience in vaccinology.

“I’m not sure what they’re trying to do down there,” Fauci said in the Wednesday CNN interview. Although he is about to retire after four decades of federal service, he is likely to face calls to testify from House Republicans, who continue to accuse him of making misleading statements on masks, vaccines and the origins of the coronavirus.

As his retirement has approached, Fauci has been increasingly vocal and defiant about the challenges revealed by the nation’s faltering coronavirus response, which has left more than a million people dead in the US

In a New York Times essay, Fauci lamented the role that “disinformation and political ideology” have played in sowing doubt about masks, vaccines and other measures.