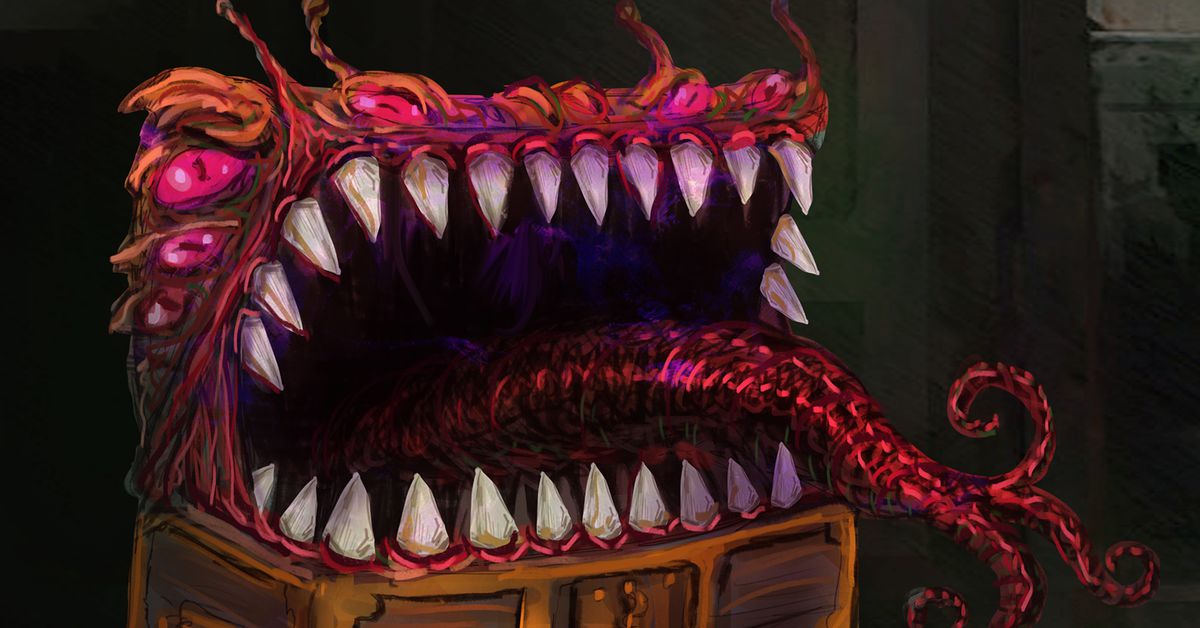 Best-selling games built on the ruleset of Dungeons & Dragons could be either dazed or petrified if a leaked document outlining changes to the Open Gaming License is accurate.

On Thursday, a report from i9, based on a supposedly leaked internal document from Dungeons & Dragons publisher Hasbro’s Wizards of the Coast, says that portions of the document pull the rug out from under creators currently making content using Wizards’ intellectual property. If enforced as written, io9 reports, it could put revenue streams for companies like Pathfinder maker Paizo, Kobold Press, Green Ronin, and others in jeopardy.

io9’s analysis of the document says that it invalidates the previous Open Gaming License — the framework that lets other companies and creators use a version of D&D’s widely played rules, if not its IP — and deems that previous agreement invalid.

Last month, Wizards said that the OGL “needs an update to ensure that it keeps doing what it was intended to do,” which is “allow the D&D community’s independent creators to build and play and grow the game we all love — without allowing things like third-parties to mint D&D NFTs and large businesses to exploit our intellectual property.”

The OGL 1.0 was developed and refined in the leadup to D&D’s 3rd edition. It is part of the legal framework by which creators have been allowed to profit from work derived from Wizards’ intellectual property. In December, Wizards said it would be updating the OGL with increased specificity — that it would only apply to written content and static digital files (like PDFs), and that creators would be required to report related earnings back to Wizards on an annual basis. Furthermore, creators making more than $750,000 annually from these projects would eventually be required to pay a royalty back to Wizards.

The leaked draft of the OGL 1.1, which io9 says it has seen in full, reiterates these claims in additional detail — 9,000 words of detail, the outlet says. But there’s a catch:

One of the biggest changes to the document is that it updates the previously available OGL 1.0 to state it is “no longer an authorized license agreement.” By ending the original OGL, many licensed publishers will have to completely overhaul their products and distribution in order to comply with the updated rules. Large publishers who focus almost exclusively on products based on the original OGL, including Paizo, Kobold Press, and Green Ronin, will be under pressure to update their business model incredibly fast.

Our house system these days is actually my Adventure Game Engine (AGE), which powers The Expanse, Blue Rose, Modern AGE, Cthulhu Awakens, Fantasy AGEand The Fifth Season (crowdfunding later this month). We have done some 5E support like that Book of Fiends and Book of the Righteousand the forthcoming Twilight Accord setting. Our greatest use of the OGL these days is Mutants & Masterminds, our long running superhero RPG from 2002, now in its Third Edition. It remains one of our most popular games, and it also has its own third-party publishing agreement called M&M Superlink that lets other companies release compatible material. This new OGL is obviously aimed at folks making big money from D&D but the OGL does much more than that. Many other games have been published under the OGL, so an attempt to revoke it will have consequences that WotC leadership does not seem to have thought through.

Right now we plan to wait and see what happens. We haven’t seen the final document, but we are strong advocates of open gaming and hope that it will continue. We believe that open gaming is only beneficial for the games we love, and allow those games to develop strong third party support. We’ve been publishing under the OGL for 20 years, and hope to do so for 20 more years, along with the rest of the amazing open gaming community.

Another novel feature of the OGL 1.1, according to io9, is that it may incentivize creators to use the Kickstarter crowdfunding platform:

Online crowdfunding is a new phenomenon since the original OGL was created, and the new license attempts to address how and where these fundraising campaigns can take place. The OGL 1.1 states that if creators are members of the Expert Tier, “if Your Licensed Work is crowdfunded or sold via any platform other than Kickstarter, You will pay a 25% royalty on Qualifying Revenue,” and “if Your Licensed Work is crowdfunded on Kickstarter, Our preferred crowdfunding platform, You will only pay a 20% royalty on Qualifying Revenue.”

Kickstarter has recently seen increased competition from alternative crowdfunding outlets, including Gamefound and Backerkit. A partnership such as this, formally enshrined in the OGL 1.1, would encourage the largest D&D crowdfunding campaigns to use Kickstarter’s services.

Recently, big-ticket 5th edition D&D-compatible crowdfunding projects have brought in significant revenues on Kickstarter. Among them are Chris Metzen’s Auroboros setting, which earned more than $1.2 million in 2022; EN Publishing’s Level Up: Advanced 5th Edition, which earned in the neighborhood of $830,000; and Tracy and Laura Hickman’s (Dragonlance) Skyraiders of Abarax setting, which raised more than $500,000.

Kickstarter confirmed to Polygon that it has discussed a plan with Wizards, but denies its direct involvement in the OGL 1.1. In a statement, Kickstarter said Wizards of the Coast approached it recently about these royalties — and it pushed back.

“We are not part of the licensing agreement,” said Kickstarter senior communications director Kate Bernyk in an email to Polygon. “When we were contacted by Wizards after they decided to change the OGL, we advocated for Kickstarter creators to have a lower percentage, because we know what they go through during the creative process. And there are also other things we are actively advocating for that will help give back even more to the Kickstarter community. We’re encouraging Wizards to take fees funded out of royalties, and put them back into a fund for small creators.”

Kickstarter was contacted after WoTC decided to make OGL changes, so we felt the best move was to advocate for creators, which we did. Managed to get lower % plus more being discussed. No hidden benefits / no financial kickbacks for KS. This is their license, not ours, obviously. https://t.co/jHwX1JQKXM

“Managed to get lower % plus more being discussed,” Ritter-Roderick said in the tweet. “No hidden benefits / no financial kickbacks for KS. This is their license, not ours, obviously.”

When reached by Polygon, a representative for Gamefound declined to comment. Polygon has also reached out to Backerkit, and will update this story when the company responds.