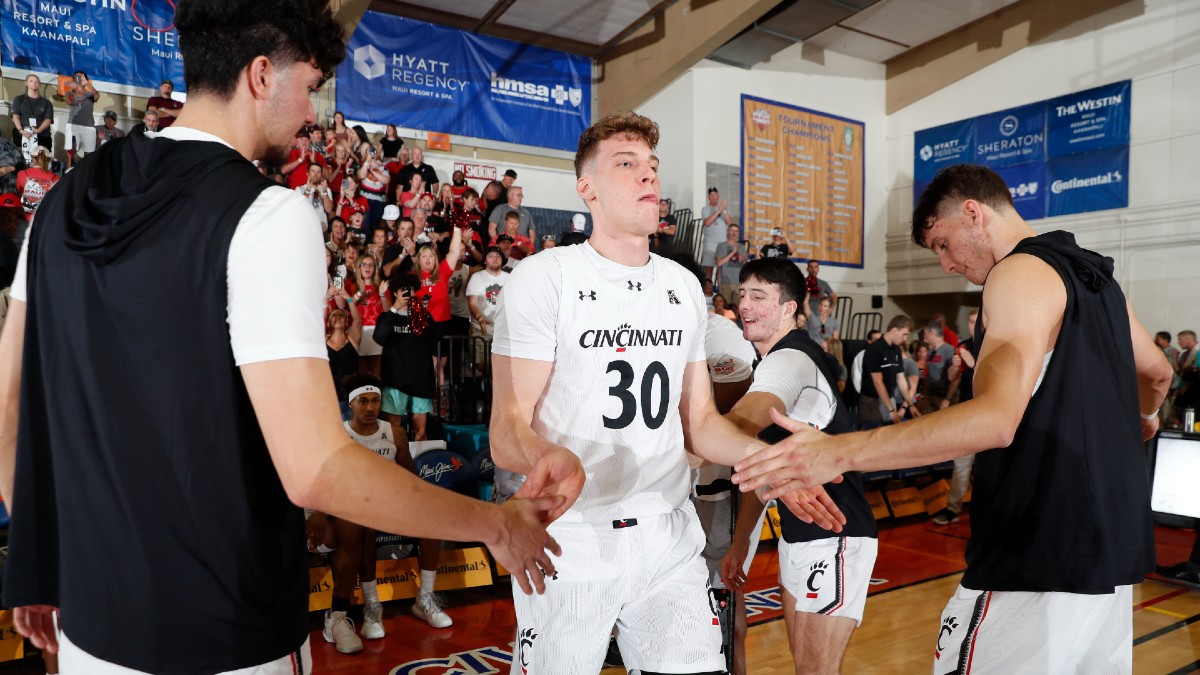 The Bearcats will hit the road once again as they travel to Wichita to take on the Shockers. Cincinnati’s first conference road test didn’t go quite as it had hoped, losing outright to Temple as a 4.5-point favorite.

Wichita is still in search of its first conference win of the season, and has struggled offensively since the beginning of the year. However, the Shockers defense has posed problems to almost everyone on the schedule.

Can that defense shine against Cincinnati? Let’s dig into the odds and make a betting prediction.

The Bearcats are an experienced team, ranking 43rd nationally in experience and 67th in continuity minutes. They’re also a top 50 team in scoring, averaging 78.3 points per game. But away from home, they’ve struggled consistently.

Cincinnati’s only win away from home came on a neutral court in the Maui Jim Invitational against Louisville — one of the bottom power six teams in the nation. The Bearcats can score in bunches, but are also susceptible to scoring droughts. The Bearcats have gone on scoring runs of 10 or more unanswered points 10 times, but they’ve also given up five such runs.

They’re an elite scoring team with a 53.2% effective field goal percentage, but things can go south quickly for the Bearcats. Cincinnati sees the majority of its scoring coming from its starters and averages just 16.6 points per game off the bench.

On the defensive side of the ball, Cincinnati could give an already struggling Shockers offense even more problems. Cincinnati has been solid when it comes to creating turnovers, and is even better defending at the rim. The Bearcats have held teams to just 58.9% shooting at the rim, which is where the Shockers score a majority of their points.

However, that advantage could be nullified if Viktor Lahkin finds himself in foul trouble.

The Shockers offense has been bad all season, but it’s getting worse. Wichita State posted a 48.2% effective field goal percentage on the season. However, over the past five games, that number has dropped down to 45.2%. Wichita State doesn’t come close to Cincinnati in terms of experience. Additionally, one of its best players, Craig Porter, has been working through an injury.

Kenny Pohto has stepped up with Porter seeing less minutes. Pohto went off for an impressive 21 points, 11 rebounds, two blocks and one steal against ECU, a game Wichita may have lost without his efforts.

Wichita State’s defense has been a saving grace. The Shockers brought the game to a screeching halt, ranking 313th in adjusted tempo. They’re also holding opposing teams to an effective field goal percentage of just 42.5%, fifth-best in the country.

The Bearcats have proven time and again they are not the same team on the road that they are at home. Wichita State was awful against ECU in terms of giving up points off the fast break, something I’ll expect the Shockers to focus on specifically against the Bearcats, who rely heavily on the break and average 13.5 points per game off of it.

Wichita State should also be able to slow this game down and limit Cincinnati’s shot attempts. The Bearcats rank in the 93rd percentile in field goal attempts per game and rely on getting a high volume of shots up. I don’t think they’ll be able to do that against the Shockers.

Foul trouble could also be a game changer Thursday night. Cincinnati’s offense could stall if it goes to the line often. Both teams have shot worse than 70% from the line.

I’d feel comfortable taking this total down to 128.5. Getting 134.5 feels huge and wasn’t something I could pass up. The Shockers are 10-4 as an underdog this season, and even better as an underdog (4-1).

How would you rate this article?

This site contains commercial content. We may be compensated for the links provided on this page. The content on this page is for informational purposes only. Action Network makes no representation or warranty as to the accuracy of the information given or the outcome of any game or event.