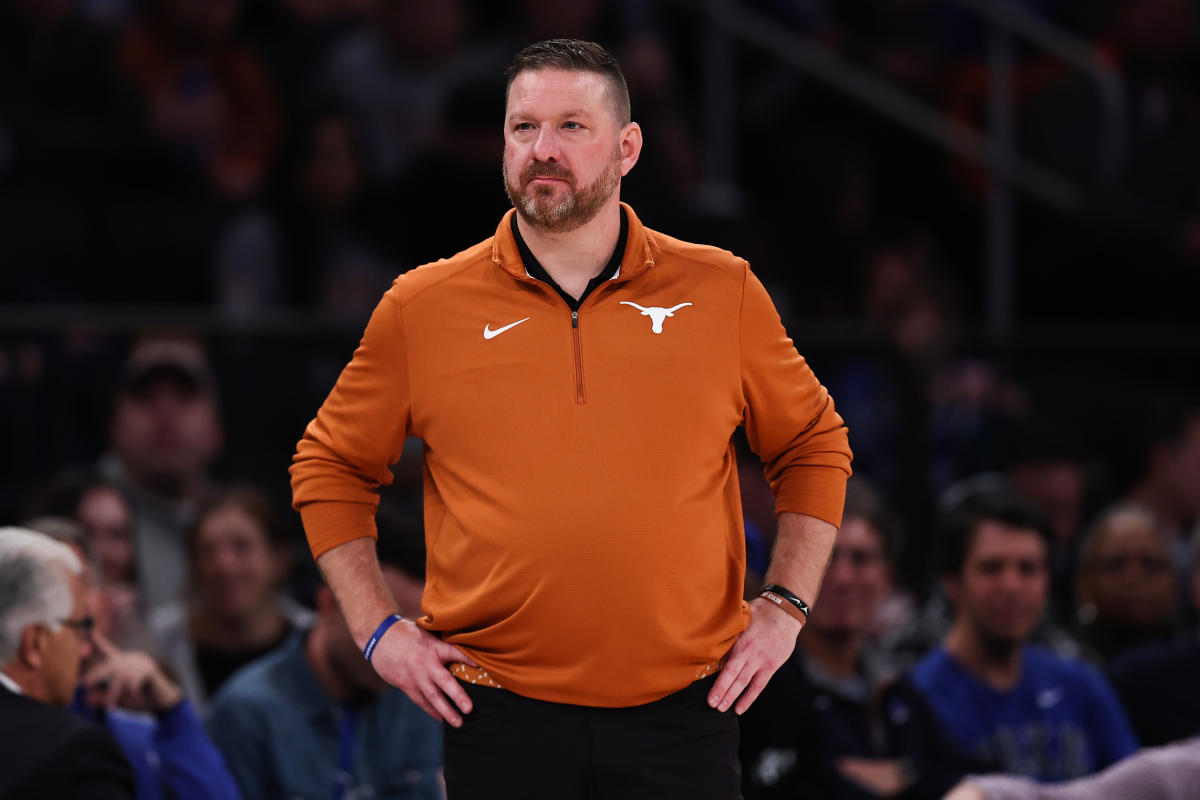 Less than a month ago, Texas men’s basketball coach Chris Beard had a dream job at his alma mater, a $35 million contract, a glittering new arena to sell to recruits and a roster capable of contending for the national title.

Now, he has thrown all of that away.

Texas fired Beard on Thursday following his arrest on a felony domestic violence charge on Dec. 12. Beard, 49, allegedly assaulted his fiancée at their Austin home by strangling her and impeding her breathing.

“The University of Texas has parted ways with Chris Beard,” athletic director Chris Del Conte said in a statement Thursday. “This has been a difficult situation that we’ve been diligently working through. Today I informed Mr. Beard of our decision to terminate him effective immediately.”

Rodney Terry, who has been serving as head coach since Dec. 12, will remain the acting head coach for the remainder of the season.

Beard’s firing stems from a dispute that took place in the early morning hours of Dec. 12. Austin police told Yahoo Sports they received a 911 call at 12:15 am They immediately dispatched officers to a home on the 1900 block of Vista Lane in Tarrytown, an upscale Austin neighborhood near the UT campus.

According to that Beard’s arrest affidavit first obtained by the Austin American-Statesman, a woman answered the door and identified herself as Beard’s fiancee. She said that she and Beard “had been upset with each other for a couple of days regarding relationship issues.”

The argument that night allegedly escalated when the woman became frustrated with Beard, took his reading glasses out of his hand and broke them. Beard, the woman alleges in the affidavit, then followed her back to their bedroom and slapped the glasses she was wearing off her face.

As the woman attempted to retrieve her glasses, Beard “just snapped” and “became super violent,” she said, according to the arrest affidavit. Beard, the woman alleges, then “choked me, threw me off the bed, bit me, bruises all over my leg, throwing me around, and going nuts.” She said Beard choked her from behind for “like 5 seconds” hard enough that she couldn’t breathe.

When explaining why she called 911, the woman told police, “I just didn’t feel safe.”

Officers on the scene arrested Beard after observing bite marks, cuts and abrasions on the woman. Beard faces a third-degree felony charge of assault on a member of a family or household by impeding breath circulation, according to the Travis County Sheriff’s Office.

Perry Minton, Beard’s Austin-based attorney, has not responded to multiple messages from Yahoo Sports seeking comment. In a statement released to multiple Austin-based media outlets on the morning of Beard’s arrest, Minton said, “Coach Beard is 100 percent innocent of these charges. He should have never been arrested. The complainant wants him released immediately and all charges dismissed. It is truly inconceivable.”

Beard appeared at a bond hearing on the afternoon of his arrest, handcuffed and clad in a black-and-gray-striped prison jumpsuit. Bail was set at $10,000 on the condition that for two months Beard does not go within 200 yards of the alleged victim or the Vista Lane home. He has the right to communicate with the victim from afar as long as it is not in “a threatening or harassing manner.” After posting bond, Beard answered no questions from reporters as he and his attorney exited the jail and climbed into the back of a waiting SUV.

Texas suspended Beard “until further notice” the evening of his arrest, saying in a statement that it “takes matters of interpersonal violence involving members of its community seriously.”

On Dec. 23, 11 days after the incident, Beard’s fiancée released a statement apologizing for the situation and claimed that Beard did not strangle her that night.

“Chris and I are deeply saddened that we have brought negative attention upon our family, friends, and the University of Texas, among others. As Chris’ fiancé [sic] and biggest supporter, I apologize for the role I played in this unfortunate event. I realize that my frustration, when breaking his glasses, initiated a physical struggle between Chris and myself. Chris did not strangle me, and I told that to law enforcement that evening. Chris has stated that he was acting in self-defense, and I do not refute that. I do not believe Chris was trying to intentionally harm me in any way. It was never my intention to have him arrested or prosecuted. We appreciate everyone’s support and prayers during this difficult time.”

Texas hired Beard on April 1, 2021, giving him a massive seven-year, $35 million contract to return to his alma mater and revive its underachieving men’s basketball program. Beard was hailed as a home-run hire after he led Texas Tech to the Elite Eight in 2018 and the national title game in 2019.

The combination of Texas’ brand and Beard’s coaching and recruiting prowess quickly returned the Longhorns to national relevance. At the time of Beard’s arrest, Texas was off to its best start in years, sitting 7-1 overall and ranked No. 2 in the AP Top 25.

In Beard’s absence, Terry has slid over to the head coaching position and Texas has sputtered but not collapsed. The Longhorns survived in overtime against Rice the night of Beard’s arrest and reeled off four more wins thereafter. Their lone loss since Beard’s arrest was a 116-103 upset at the hands of Kansas State on Tuesday night in Austin.

Whether the program can remain on a long-term upward trajectory without Beard is less clear. Beard was supposed to be the coach who could take Texas back to the Final Four for the first time since 2003 and perhaps capture the program’s first national championship. Now, less than two years after Beard was hired, the Longhorns must begin their search for a replacement.