Children ages 8 and up should be screened for anxiety, experts say. Here’s what parents need to know. 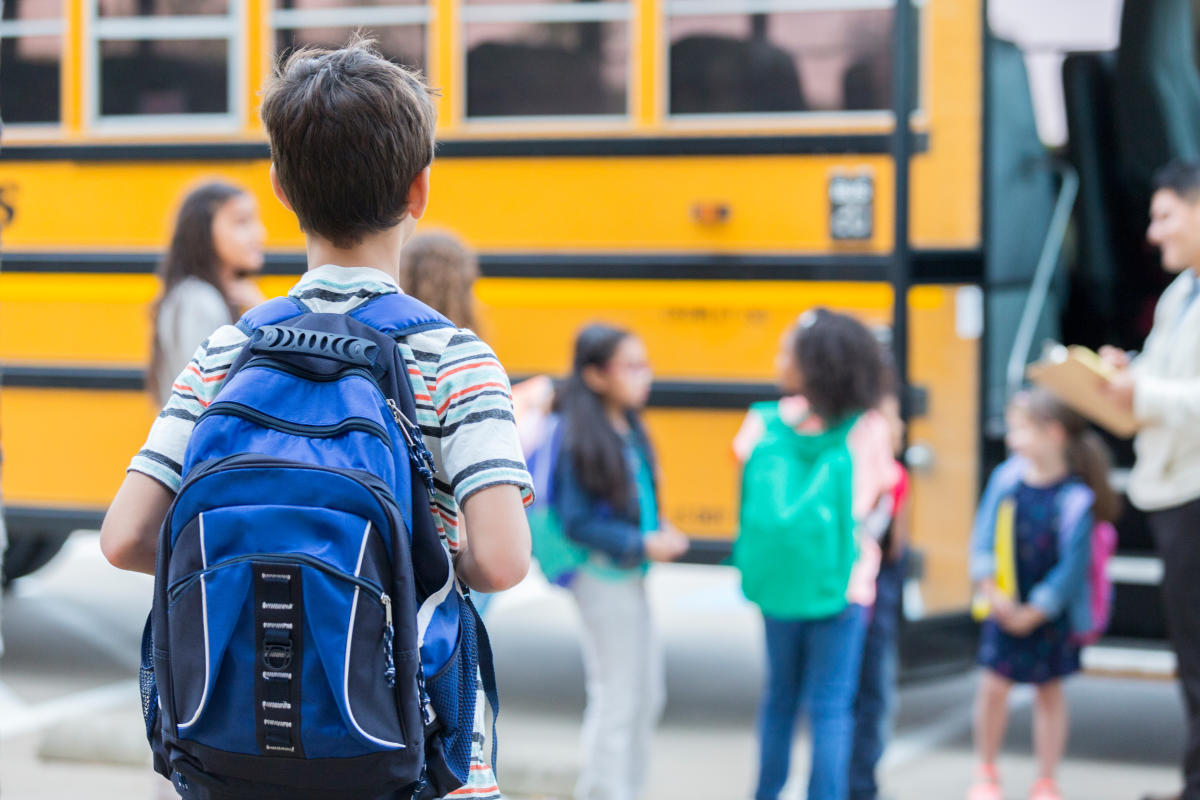 The US Preventive Services Task Force recently recommended that children ages 8 to 18 should be screened for anxiety disorder by their primary care physician even if they are not showing signs or symptoms of anxiety. This is the first time the task force has made any recommendation on anxiety screenings, and it speaks to the severity of the mental health crisis already ravaging children and teenagers in the US

The task force is made up of a volunteer panel of experts in preventive medicine and does not have any regulatory authority, but Its recommendations can influence standards of care in the US

Why screen children for anxiety disorder?

Dr. Lori Pbert, a clinical psychologist and member of the task force, told Yahoo News that pediatric anxiety was nominated as a priority back in 2018. So while COVID-19 heightened the need for addressing mental health, the task force had started working on its recommendation before the pandemic.

“This has been an increasing problem for many, many years, even prior to COVID,” Pbert said of anxiety in adolescents. “But we also know that the COVID pandemic has taken a tremendous toll on our children and teens’ mental health.”

Pbert says there wasn’t enough evidence to either support or recommend against screening children under 8, so the task force has called for more research regarding that age group.

She reiterated that experiencing some anxiety is normal and healthy, but by screening for anxiety disorders the task force hopes to weed out instances in which it affects the child’s functioning and well-being.

“Many children and teenagers have fears and worries and feel anxious from time to time,” she said. “When we’re screening for anxiety disorders, we’re really looking for excessive fear or worry that interferes with normal daily activities at home, at school, with friends and with family.”

Nearly 1 in 10 children and teens were diagnosed with anxiety from 2016 to 2019, according to the Centers for Disease Control and Preventionand anxiety disorders are the most common mental health condition in the US

“Anxiety disorder is the most common disorder in child psychiatry. More than ADHD, more than anything,” Boris Birmaher, a professor of psychiatry with the University of Pittsburgh, who is not a member of the task force, told Yahoo News.

The median age for developing an anxiety disorder is about 11 years old, although some children and teenagers may keep their worries and fears to themselves, or may present with symptoms sometimes not associated with anxiety disorder, like irritability and anger. This makes experts concerned that without screening, many instances of anxiety disorder in children are currently going unnoticed.

“We do know that there’s a real delay in the initiation of treatment for anxiety disorders — up to 23 years,” Pbert explained. “And so this screening recommendation is really hoping to be able to catch children, teens and adolescents early so that they don’t have to be suffering for so many years into their adulthood.”

How do doctors screen children for anxiety disorders?

The task force did not recommend any one method for anxiety screening, but the process is often done using a questionnaire. The two most commonly used questionnaires for adolescents are called SCARED, or Screen for Child Anxiety Related Disorders, and SPIN, or Social Phobia Inventory. Both have been found to be accurate in identifying young people both with and without anxiety.

SCARED is a more general screening tool that looks for signs of any anxiety disorder, including symptoms of generalized anxiety disorder, separation anxiety, social anxiety, panic and school avoidance. This screener has two versions — one asking questions to parents about their child, and the other asking the same questions to the child directly.

“We know that you get different kinds of reports from the child versus the parents. We’ve seen that child reports tend to yield higher SCARED scores than parent reports,” Pbert said. “So it’s important to note that would-be symptoms could be missed if we don’t make sure that we’re getting both the child’s and parents’ perspectives on SCARED.”

The questions ask about any debilitating symptoms, such as whether the child experiences intense worry about bad things happening; sudden fear that’s accompanied by physical symptoms like a pounding heart, difficulty breathing or feeling dizzy, shaky or sweaty; or whether they’re afraid of being away from a parent or of losing important people in their life.

SPIN specifically looks for evidence of social anxiety and is completed by the child only. It asks whether they avoid doing things or speaking to people for fear of embarrassment; whether they’re scared of social events; or whether they experience somatic symptoms like heart palpitations when around people.

Birmaher says these questionnaires can usually be answered in the waiting room and take less than 10 minutes to complete. Afterwards, the parents and child go over their responses with the pediatric practitioner and see if there are any concerns.

Sometimes even a high SCARED or SPIN score can be a false alarm, so Pbert and Birmaher say it’s important to remember that the screening is only a first step.

“A screening test alone is not sufficient to diagnose anxiety,” Pbert said. “If your child or teen screens positive, a structured clinical interview is needed in order to make a diagnosis.”

If your child is diagnosed with an anxiety disorder, what’s next?

Pbert and Birmaher both emphasize that anxiety disorders are treatable conditions, and that doctors and parents, together with the child, can determine which course of action may be best if a diagnosis is made. Usually that involves cognitive behavior therapy (CBT) or medication, and sometimes a combination of the two.

Birmaher says the medications often used for anxiety in children are the same ones used for depression and that studies show they are effective in children as young as 7 or 8 with minimal, if any, side effects.

CBT can improve and potentially resolve anxiety in children and adolescents, and Birmaher notes that it usually takes 12 to 15 sessions.