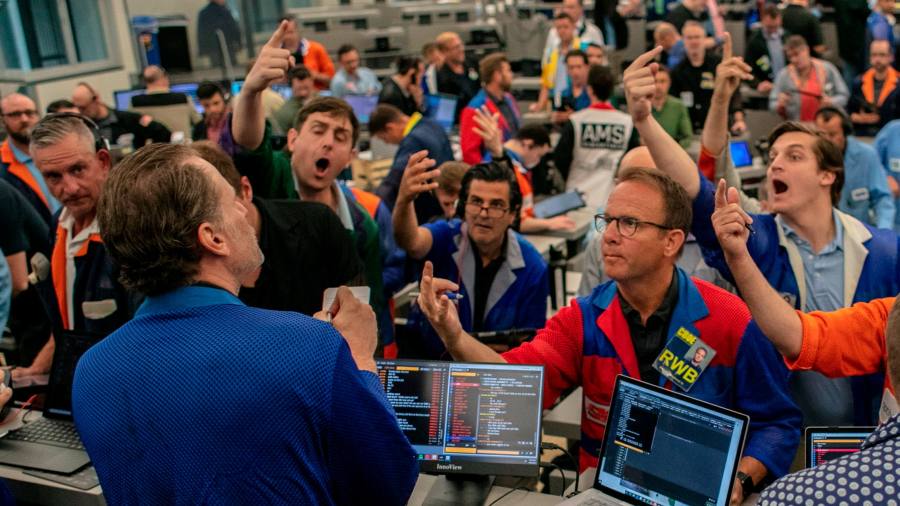 The people in Cboe Global Markets’ options pits in downtown Chicago are not used to seeing new faces. Open-outcry transactions have been declining for decades as deals are executed electronically. Many of the roughly 300 people remaining have been there for more than 20 years.

Earlier this year, however, RFA Securities and Maven became the first new firms in 15 years to start trading the exchange group’s options contracts on the S&P 500 stock index in person. Established groups such as Optiver also expanded the number of staff working on the Cboe floor to help meet the growing demand.

The expansion is a sign of the times at Cboe. As the only exchange where investors can trade derivatives linked to the benchmark S&P 500 and the Vix volatility index, it has been one of the biggest beneficiaries of the market volatility of the past year and a broader shift towards options trading since the start of the coronavirus pandemic.

The wave of growth in its flagship products helped Cboe’s shares avoid the worst of the recent market downturn, with chief executive Ed Tilly telling investors that the business had “never been on a stronger footing”.

Equity options have surged in popularity. An average of 41mn contracts were traded each day in 2022, according to the Sifma trade group, compared with fewer than 20mn a day in most years before the pandemic. Much of that growth has been concentrated in S&P 500 options, which can only be traded on Cboe thanks to a licensing deal with S&P Dow Jones Indices.

Many observers thought the initial jump in 2020 was driven by retail traders armed with stimulus checks and time on their hands, and would fall back as economies reopened. Growth has continued, however, helped by Cboe expanding its range to include contracts that expire each weekday.

Tilly told the Financial Times he was confident that the behavioral shift towards options would be permanent even if markets calm, arguing that “the utility and the flexibility that comes from daily exposure is [not] going to go away”.

Still, building on the volumes of the past few years will become increasingly difficult. One strategy has been to add more expirations to its miniature S&P 500 contracts in an attempt to reach smaller retail traders.

Some brokers have pushed for it to do the same with options on exchange traded funds and single stocks, but Tilly said the different way those contracts are settled would make this more complex and risky.

One executive at a trading firm that works with Cboe and several other exchanges cautioned that while S&P options had been extremely successful, “Cboe is a one-trick pony. . . they’ve allowed themselves to slip relative to others” elsewhere.

As the exchange approaches its 50th anniversary in 2023, and the breakneck growth in its core business slows, it is pushing into new countries and product areas to prove to investors that it is more than a US equity options specialist.

Cboe expanded into cash equities, ETFs and foreign exchange when it bought Bats Global Markets in 2017, and has acquired 10 more businesses since. It still trails Nasdaq and ICE in US equity trading volumes, however.

“So far, so good, but it’s the longer-term growth we need to see evidence of,” said Christopher Allen, an analyst at Citigroup. “They’ve stitched a bunch of different platforms together. Now they need to turn it into a cohesive network and execute on it.”

A blow-up in the market for products linked to the Vix in 2018 highlights the risks of becoming overly reliant on a single area. A sudden drop in stock prices caused a surge in the Vix, which in turn forced the closure of two big funds that had bet on market calm.

The tumult sparked fears that investors would be put off using Vix contracts, which had until then been Cboe’s fastest-growing product area. Its stock fell 20 percent in the space of a week and has yet to fully recover.

The Vix market suffered an interruption of a different sort last week, when a burst pipe above its Chicago trading pit forced Cboe to shut down open-outcry trading in the market for a day.

Tilly says the recent strength in index options had “overshadowed” some of the steps it has already taken to diversify. The $3.4bn Bats purchase also provided a foothold in European equity trading, which Cboe has expanded through a host of smaller acquisitions and product launches to become the largest share-trading venue in the continent.

It is now hoping to follow the same blueprint to grow newly acquired exchanges in Japan, Australia and Canada. Besides the potential revenue from handling trades in each new market, Cboe is betting that the combination of data from multiple local exchanges will be worth more than the sum of its parts.

“When I think about the long-term opportunity for Cboe, first and foremost it’s around the data,” said Citigroup’s Allen. “Large global investors want to consume data from a global perspective, and would prefer to do it from as few providers as possible. . . Given the uniqueness of [Cboe’s] platform in terms of regional perspective, it creates a unique opportunity.”

Not all of its expansion efforts have worked. Cboe is making a second attempt to break into digital assets just as crypto markets have been rocked by tumbling prices and the FTX scandal.

It announced the purchase of crypto exchange ErisX when the price of bitcoin was around $65,000 in October 2021. The digital currency has fallen almost 75 percent since, and Cboe took a $460mn writedown on ErisX’s value less than three months after the acquisition closed.

Tilly said the collapse of FTX would strengthen the hand of crypto businesses such as Cboe’s that are regulated and backed by trusted companies.

But while its share of the digital assets market may increase, the total size of the market has shrunk substantially since prices peaked in 2021. 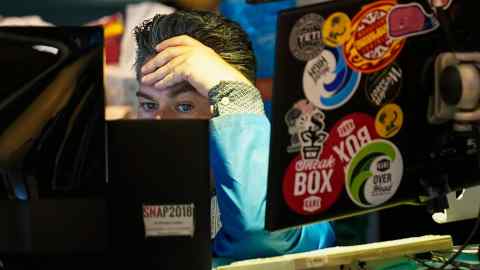 Allen, who has a neutral recommendation on Cboe’s stock, compared the crypto play to one of the out-of-the-money calls popular with traders on its options exchange — a low-probability bet with a potentially large payout.

He said the logic behind its international data push, in contrast, was less controversial.

Tilly said the “piecemeal” process of building its global network had sometimes made it difficult to convince investors of the company’s strategy, but he argued that the recent outperformance of Cboe’s stock showed the message was sinking in. “Since being able to articulate the vision, there’s a recognition that this is a different Cboe.”