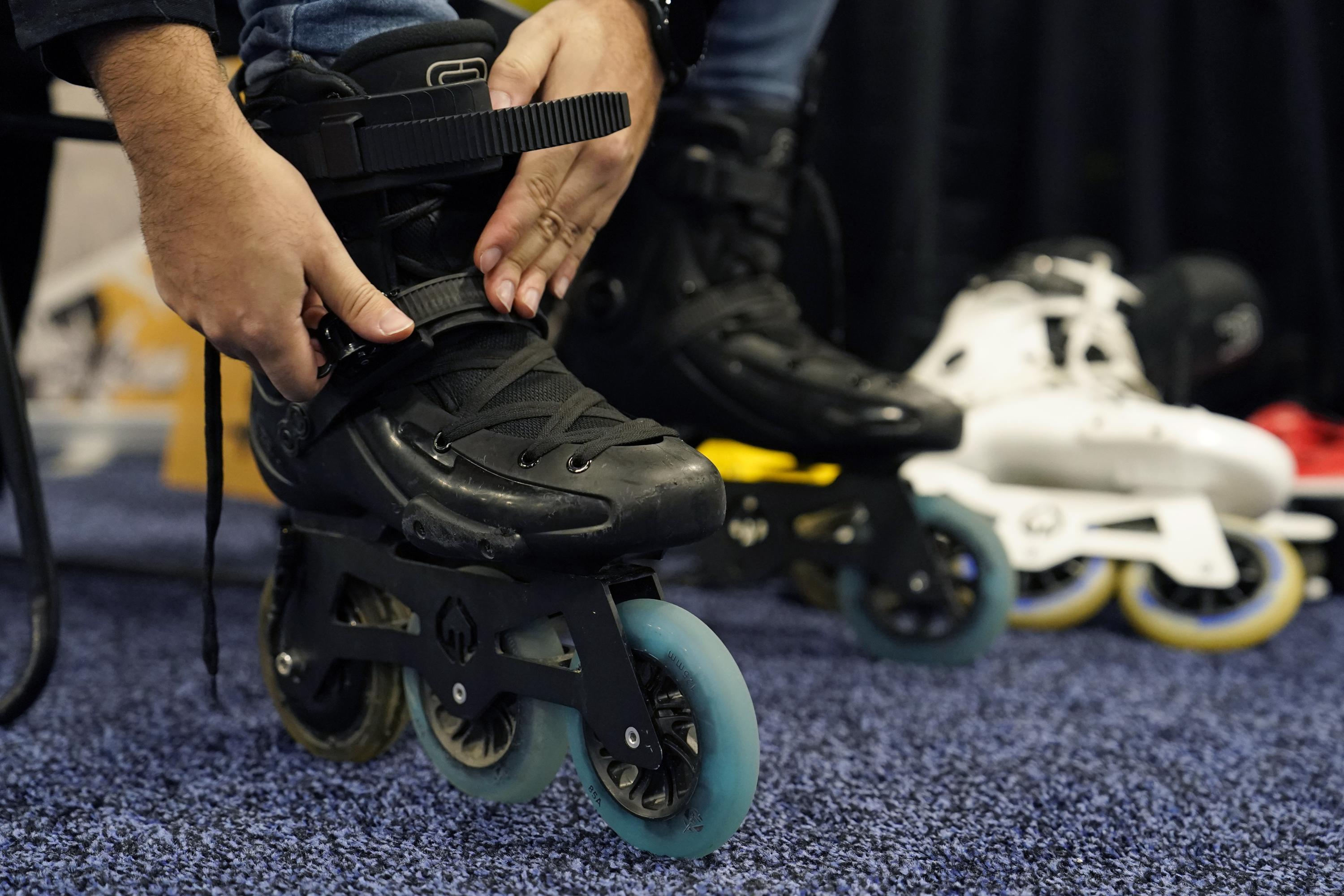 LAS VEGAS (AP) — More than a thousand startups are showcasing their products at the annual CES tech show in Las Vegas, hoping to create some buzz around their gadgets and capture the eyes of investors who can help their businesses grow.

But amid the slew of layoffs in the tech industry and an economic landscape battered with high inflation and interest rates, many may be met with cautious investors looking for products that can deliver quick returns instead of hype.

Analysts say the event this year has somewhat of a muted tone compared to previous shows, when many companies routinely unveiled pie-in-the-sky projects that never saw the light of day. Carolina Milanesi, president and principal analyst at the consumer tech research firm Creative Strategies, said this time around, many of the tech items displayed during the show’s media preview days, which occurred Tuesday and Wednesday, have been less “flamboyant” compared to previous years , which showcased things like talking microwaves and smart jeans that vibrate to direct users.

“The economy — and I think the mood in general — is a little bit negative around tech,” Milanesi said. “It’s really getting companies to focus on real value for customers.”

CES, the most influential tech gathering in the world, officially begins on Thursday to attendees in the industry. Roughly 3,000 companies have registered to attend the event, including big companies like Amazon that are laying off thousands of employees and axing unprofitable areas of their business amid uncertainty in the wider economy.

Simultaneously, many startups are trying to find their wings at a time when consumers are tightening their belts and being more picky about how to spend their money. And experts note the somber economic climate can be particularly difficult for companies that make hardware products — they typically require robust investments to manufacture their gadgets and often encounter challenges with securing the money they need.

Marco Snikkers, founder and CEO of OneThird, a startup that tests produce ripeness, said investors have been much more critical this year about which companies to fund. Securing investments for his own company took much longer than anticipated but luckily, he said, some existing investors stepped up to help and the company didn’t run out of cash. They were able to secure more funding last month.

“We can hopefully survive 2023 with what we have today,” Snikkers said, adding the Netherlands-based company, which also has an app, hopes to expand their products to the US

Another CES attendee, Mohamed Soliman, founder of the French electric skates startup AtmosGear, said investors have been more fearful about putting money into projects during the entire pandemic and are asking for a higher level of maturity from companies before they put some skin in the game .

“I think CES could be a ‘do or die’ time for many startups,” said Wedbush analyst Dan Ives. “The clock struck midnight in terms of tech investors just giving away free money. There’s a lot more competing for capital.”

Saving money has now become a big priority for the tech industry, a shift from the past when more analysts and investors were more focused on how companies were growing. Ives said unlike products that received a lot of buzz during previous shows but did not have a clear revenue path, like drones, investors are now looking to fund things that can be deployed, such as artificial intelligence, chip technology and electric vehicles.

More transformational tech themes, such as broader use of virtual reality and immersive experiences in the metaverse, are also being showcased at the show. Although the metaverse has its skeptics, Ives said he believes all these technologies could lay the groundwork for what’s likely to be a fourth industrial revolution.

But as of now, a recession is potentially on the doorstep, he said. “And I think that’s the elephant in the room at this year’s CES.”

Event organizers for their part say excitement has not dampened. Brian Comiskey, the director of thematic programs at the Consumer Technology Association, the trade group putting together the show, said many startups are excited to be back at the event and mingle in person with investors after COVID kept many of them away for the past two shows.

The organization also has a program, called CTA Match, that pairs startups with investors who might be interested in their products, he said, adding many companies have showcased items that can be rolled out soon, or are innovations that could be deployed if they meet the right investors.

But even entrepreneurs that raise money are facing higher costs due to inflation. That, coupled with a more challenging investment scene could mean more companies won’t be able to make it — or won’t be able to make it with the cash they have on hand, a scenario that could lead to more mergers with big companies , said Peter Csathy, chairman of the media and tech advisory firm Creative Media.

Still, startups are trying to get the most out of the show and will attempt to create buzz around their products in an effort to grab some headlines and get free marketing, Csathy said.

“I don’t think the pie-in-the-sky, ultra-cool, ultra-novel gadgets go away,” he said. “They just may not be getting the emphasis that they otherwise would have had in a vibrant economic environment.”