Can This Medical Device Maker Turn Itself Around? 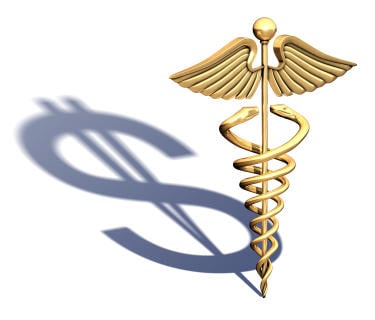 Medtronic PLC (NYSE:MDT) once again ranked as the number one medical device company in the world in terms of revenue in 2022, according to a study by Proclinical. Moreover, Proclinical estimates that the medical device industry was worth $488.98 billion in 2021 and projects that it could reach a value of $718.92 billion by 2029, representing a significant runway for growth.

Yet, despite being a leading company in this growing industry, Medtronics stock trades at a forward price-earnings ratio of just 14.66 based on Morningstar (NASDAQ:MORN) analysts estimates for fiscal 2023 earnings (the company’s fiscal year ends in April). The stock also looks modestly undervalued based on its GF Value chart: :

Problems with some of the company’s products, allegations of poor management and upcoming spinoffs (read: downsizing) are all contributing to the markets negative view of the stock. If these issues continue, it is possible the stock could remain undervalued for some time. The question for investors is, can this medical device maker turn itself around in a way that will benefit shareholders?

Medtronics MiniMed developed the first Food and Drug Administration-approved Continuous Glucose Monitor (CGM) system in 1999, and the company has long been a global leader in medical devices for diabetes care. The company is also known for its revolutionary cardiac devices, which include battery-powered and miniature pacemakers.

However, while we like to think of technological innovations solely as positive developments, oftentimes new innovations come with unforeseen complications and risks. A good example of this is Medtronics MiniMed insulin pump, a system that automatically adjusts background insulin depending on the body’s needs.

In December 2021, the FDA issued a warning letter to Medtronic over a past issue with faulty retainer rings on the MiniMed. While Medtronic had taken action to correct the issue beginning in 2016 and eventually did issue a recall in November 2019 after 74,000 complaints of faulty retainer rings, the FDA alleges that the company was too slow to issue a recall and did not notify the FDA properly of the defect.

The MiniMeds problems do not end there. In January 2022, Medronic recalled certain MiniMed insulin pumps due to programming issues that could result in the under-delivery of insulin.

Then, in November 2022, the FDA warned that, due to the wireless features of the MiniMed, the devices could potentially be taken over by a hacker. In order for such a breach to occur, a person would need to be physically near the pump and access it during wireless pairing with other system components. Medtronic said that the pumps cannot be taken over via the Internet.

While many of the devices offered by Medtronics competitors have their own fair share of issues and may lack some of the features that have made the MiniMed popular, it’s still a huge blow to the company’s reputation to have so many issues with one of its products in such a short timeframe.

In August 2022, Medtronic also issued a recall for its Cobalt XT, Cobalt and Crome ICDs and CRT-Ds due to the risk that the devices may issue a short circuit alert and deliver reduced energy shock during high voltage therapy. A reduced energy shock may fail to correct an arrythmia or cause an irregular heartbeat, both of which are potentially deadly.

While most of Medtronics product recalls have been fixable via software updates or component replacements, a higher-than-usual pace of recalls could signal that the company may be falling behind on the research and development front. This could allow competitors to overtake Medtronic.

In the eyes of some long-term investors and employees, part of the blame for Medtronics issues could lie with bad management.

Looking through employee reviews on Indeed and Glassdoor, one of the most common complaints both current and former employees level against Medtronic is bad management. Apparently, leadership has a high turnover rate as the top brass is content to hire new, relatively inexperienced leaders rather than raise pay for existing employees.

Moving on to the upper management, CEO Geoff Martha says he regrets not moving faster to take advantage of acquisition opportunities during the initial Covid-driven market selloff, which reflects a common complaint from the company’s investors.

In fact, not only did upper management fail to take advantage of M&A deals in early 2020, it is even planning to spin off some parts of its business. In October 2022, the company announced its plans to separate its Patient Monitoring and Respiratory Interventions businesses, estimating that the move should be completed within 12 to 18 months at the time.

Some might say this is an unwise move because it could chip away at Medtronics status as the world’s largest medical device company, a position that comes with unique scale advantages. Martha took the helm in early 2020 just as the Covid-19 pandemic hit, so it is possible that he is too stuck on downsizing and restructuring to pinch pennies.

However, Medtronics size can also be a drag on results due to an overly complex bureaucracy. The planned spinoff, which represented 7% of Medtronics revenues for the last fiscal year, could help narrow the company’s focus, improve its management structure and unlock value for Medtronics and the new company’s stocks.

While Medtronics forward price-earnings ratio may look appealing, its earnings per share have traded in a range since 2013, not showing meaningful growth. A stagnant company will always be worth a lower valuation than a growing company.

The GF Value chart rates the stock as modestly undervalued based on past growth, historical earnings multiples and analysts’ estimates of future results.

On the other hand, the GuruFocus reverse discounted cash flow calculator estimates the company would need to grow its earnings per share by about 15.26% per year for the next decade in order to be worth its current valuation, which is miles above its historical 10- annual earnings per share growth rate of 0.80%.

One positive is that the stock does have a forward dividend yield of 3.36%, which is better than 76% of industry peers. Medtronic is also a Dividend Aristocrat, having raised its dividend for 45 years in a row.

Medtronic may look cheap on paper, but when we take the company’s stagnant growth into consideration, it may be closer to fairly valued or even overvalued territory. The recalls of the past few years point to the possibility of falling behind on the R&D front, and the company is big enough that its management structure has become too clunky for focused operations.

Can Medtronic turn itself around? I think its best hope to do so is to continue pursuing its restructuring strategy, which includes spinoffs, so that parts of its business can focus on their areas of expertise without being weighed down by the extensive corporate ladder. Additionally, smaller spinoffs will have the potential to grow at a faster pace, although investors looking for a solid dividend may still find the legacy company more to their liking.

This article first appeared on GuruFocus.