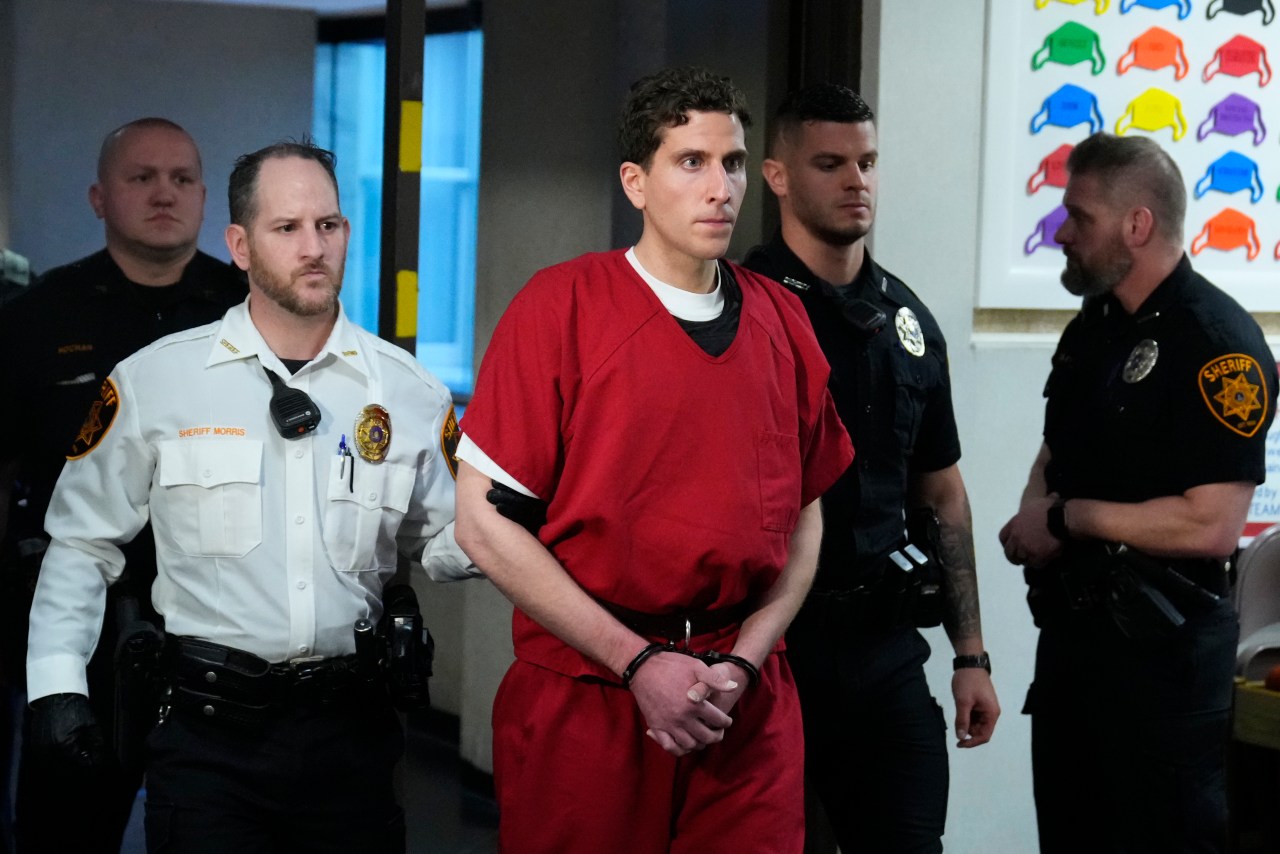 The court records — which became available Thursday morning shortly before Kohberger made his first appearance in court — reveal the justification authorities used to obtain a warrant for Kohberger’s arrest.

Scroll to the bottom of the article to read the full affidavit.

Investigators linked the 28-year-old Washington State University Ph.D. student to the crime scene after finding a “tan leather knife sheath” laying next to Madison Mogen on the bed where she and Goncalves were found dead with stab wounds, according to the affidavit.

“The Idaho state lab later located a single source of male DNA left on the button snap of the knife sheath,” the document reads.

Authorities were able to tie that DNA to Bryan Kohberger after investigators recovered trash from the Kohberger family residence in Albrightsville, Pennsylvania.

On Dec. 28, law enforcement in Pennsylvania sent trash from Kohberger’s home to the Idaho State lab. The lab determined that the DNA from the Kohberger home most likely belonged to the father of the person’s DNA found on the knife sheath.

“At least 99.9998% of the male population would be expected to be excluded from the possibility of being the suspect’s biological father,” the affidavit says.

The words “Ka-bar” and “USMC” were stamped on the sheath, along with the US Marine Corps insignia, authorities said.

Investigators also used information from a surviving roommate who they say saw the suspect in the home.

In the early hours of Nov. 13, before the victims were discovered, investigators say one of the surviving roommates opened her door after she heard crying and “saw a figure clad in black clothing and a mask that covered the person’s mouth and nose walking towards her.”

The man then walked past her towards a sliding glass door. The witness described the figure as “5’10” or taller, male, not very muscular, but athletically built with bushy eyebrows,” the affidavit says.

After seeing the figure, the witness went back into her room and locked the door. She told investigators she did not recognize the person in black.

Police believe the homicides occurred between 4:00 am and 4:25 am

A security camera less than 50 feet from one of the victim’s bedrooms picked up the sound of a dog barking several times around 4:17 am on the morning of the killings, the affidavit says.

After reviewing several videos obtained from the area near the crime scene, authorities saw the suspect’s vehicle — later determined to be a 2015 white Hyundai Elantra — multiple times between 3:29 am and 4:20 am on the day of the attack.

Neighborhood surveillance videos showed the suspect’s vehicle making three initial passes by the home where the victims were found. The vehicle was later seen leaving the area “at a high rate of speed,” investigators wrote.

Authorities later reviewed video footage from the Washington State University (WSU) campus — where Kohberger was studying criminal justice — and saw a car matching the one seen on video near the Idaho crime scene.

Investigators found out that Kohberger had registered the 2015 white Elantra in Washington on Nov. 18, 2022, five days after the killings. He then received a new license plate. Before then, the vehicle was registered in Pennsylvania with a different license plate.

The WSU campus is about 10 miles away, across state lines, from the home where the victims were found.

On the morning of the attack, the car was observed traveling from WSU towards Moscow, Idaho around 2:44 am and was later seen again near the WSU campus around 5:25 am, investigators say.

Authorities also used Kohberger’s cell phone records to link him to the crime.

Kohberger’s phone was near the victims’ residence at least twelve times between June 2022 and Nov. 13, 2022, court documents say. All of those occasions, except for one, took place in the late evening and early morning hours, investigators determined.

On Nov. 13, the suspect’s phone was near his home in Pullman, Washington at 2:47 am but did not appear on a network again until approximately 4:48 am when it was detected near Blaine — which is south of Moscow, Idaho — the affidavit says.

The lack of phone data during the crucial time period “is consistent with Kohberger attempting to conceal his location during the quadruple homicide,” investigators determined.

Around 5:30 am the phone was again detected in Pullman, which is “consistent with the phone traveling back to the Kohberger Residence,” authorities say.

Less than four hours later, between 9:12 am and 9:21 am, Kohberger’s phone was detected near the crime scene in Idaho, which suggests he returned to the area after allegedly killing the four students.

The arrest document did not reveal a motive. It remains unclear how, or if, Kohberger knew any of the victims.

The 28-year-old suspect was arraigned in Latah County court Thursday and will be held without bail for the duration of his trial.

Read the full affidavit below: