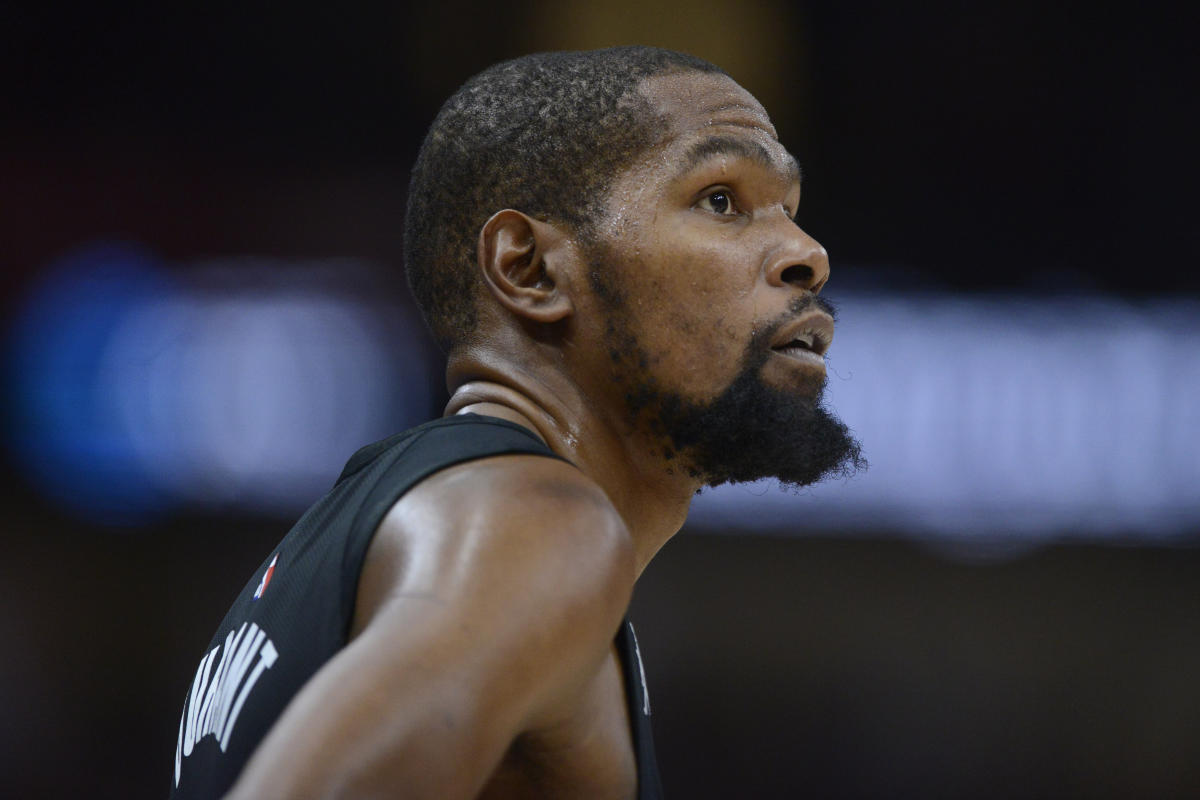 We unfortunately aren’t getting a second matchup of the season between Zion Williamson and Kevin Durant on Friday night.

Durant’s Nets visit the Pelicans (7:30 pm ET, ESPN), but Williamson is sidelined with a hamstring strain. He is set to be re-evaluated later in the month as the Pelicans want to make sure he’s healthy for the second half of the season and the playoffs.

With Williamson on the sideline, the Nets are 4.5-point favorites as they’re one of the hottest teams in basketball even though they’re coming off a loss. The Nets’ 121-112 loss at the Bulls on Wednesday snapped a 12-game winning streak. Brooklyn had scored over 120 points in eight of those 12 games.

The Pelicans lost back-to-back games on the road to the Grizzlies and 76ers before winning at home against the Rockets on Wednesday. New Orleans is 6-4 in its last 10 games as it followed a four-game losing streak with a five-game winning streak before those road losses.

Williamson was healthy when the Pelicans opened the season against the Nets in October. New Orleans dominated that game in a 22-point win. Williamson shot 50% from the field and scored 25 points while Durant led all scorers with 32 on 11-of-21 shooting.

Phoenix is ​​an underdog because of Devin Booker’s injury. Phoenix is ​​just 20-19 overall and is in the midst of a four-game losing streak. The Suns have lost seven of their last eight games and are just 5-13 since the beginning of December.

Third round of the FA Cup

There’s a smorgasbord of English soccer to bet on starting on Friday. And there’s some money to be made if you can correctly predict an upset or three.

The FA Cup is England’s oldest soccer competition. It’s a country-wide tournament that includes teams at all levels of soccer. While there are some matchups of Premier League teams against each other like Friday’s match between Manchester United and Everton, there are also a lot of games between teams that don’t typically play each other.

With some bigger teams rotating their squads this weekend, there will be some upsets. But if we could guarantee what those upsets will be, we’d be on a yacht somewhere.

The first PGA Tour event of the year started on Thursday and it’s a great thing to watch if you’re looking for some primetime golf and dreaming of going to Hawaii. Collin Morikawa, Jon Rahm and JJ Spaun each shot a 9-under 64 and they share the lead.

Rahm is now the favorite at +260 after the first round while Morikawa is the No. 2 favorites at +650 and Scottie Scheffler is at +750. Spaun isn’t getting much love from oddsmakers at +2500.

Who cashed tickets on Thursday?

With no football on Thursday, bettors had to turn elsewhere. The Nuggets cruised with an easy 122-91 home win over the Clippers after they pulled out to a 20-point lead early in the second quarter. Boston dominated Dallas 124-95 on the road after they were blown out by the Oklahoma City Thunder earlier in the week. And the Memphis Grizzlies beat the Orlando Magic by eight and covered the 6.5-point spread.