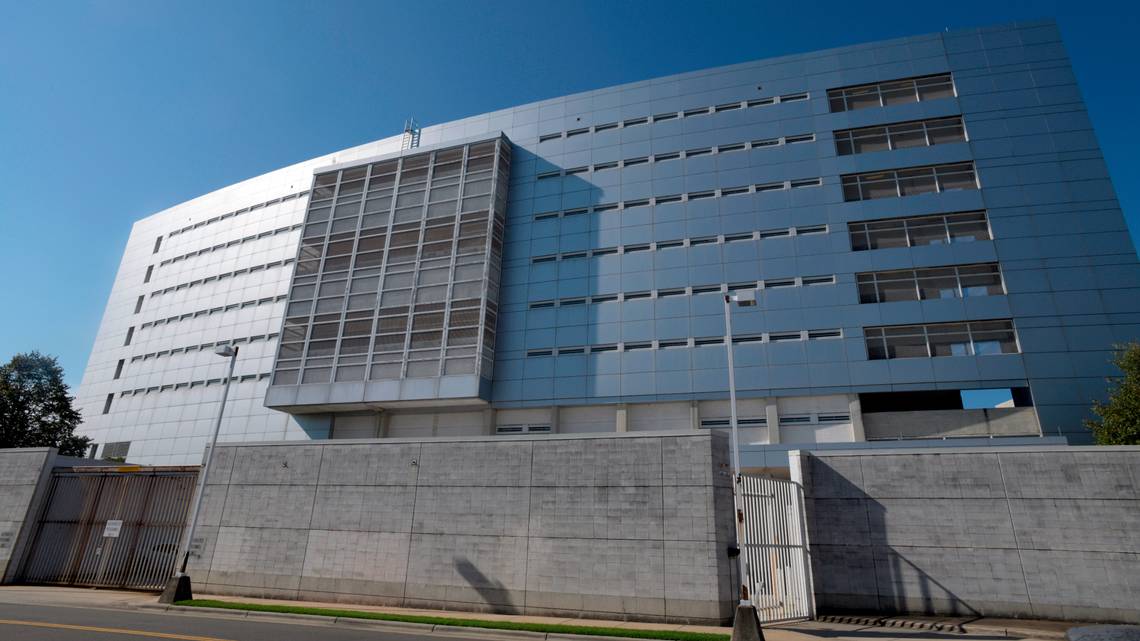 A letter with hundreds of signatures is asking Durham officials to reduce the jail population so detainees will not be confined to their cells 21 to 23 hours a day.

“We’re writing as Durham residents to ask you to address immediately the emergency detainees are experiencing in the Durham County Detention Center,” states the open letter to the Durham police chief, chief public defender, sheriff, district attorney, judges and magistrates. More than 350 people have signed the open letter.

The jail, which is run by the Durham County Sheriff’s Office, has confined detainees in their cells for 21 to 23 hours a day during the COVID-19 pandemic, the letter states.

“Since then detention center staffing shortages have given cause to maintain policies of prolonged solitary confinement for Durham’s detention center’s entire detained population of 350-400 people,” it states.

The letter asks court officials to work together to reduce the jail population, stating that a discussion with Sheriff Clarence Birkhead indicated that reducing the jail by at least 100 individuals would allow detainees out of their cells more.

“Durham’s values ​​and mission require us to desist from our present practice of confining mentally and financially vulnerable residents in solitary cells for a minimum of 21 hours a day,” the letter states.

The Sheriff’s Office, however, said it’s COVID-19 keeping inmates in their cells not staffing.

“It is not a staffing issue,” Sheriff’s Office spokesperson AnnMarie Breen wrote to The News & Observer. “It is a COVID issue.”

In emails, Breen explained detainees’ time out of cells has been limited during outbreaks but that regular activities have resumed when those outbreaks ended. Normally inmates get time outside their cells, when they are allowed in a day room with access to an exercise area.

“I take the safety and security of the people whose care and custody I am charged with very seriously,” Birkhead said in a statement. “We have never stopped providing programs and services for individuals whom the court system has placed in the Durham County Detention Center. We continue to offer mental health counseling, Medication Assisted Treatment (MAT), continuing education and other programs to all who wish to participate.”

The N&O followed up with questions on Wednesday morning asking how long detainees are spending in their cells and how often their time outside the cells has been limited.

The facility has been using COVID protocols since March 2020, Breen responded. During an August 2020 outbreak, detainees were held in their cells all but three hours per week.

Currently, jail detainees spend a minimum of three hours per day outside of their cells, Breen wrote, but this varies by person depending on their participation in programs, such as work release.

“There have also been times when it has become necessary for a single pod to be quarantined or isolated but not others,” Breen wrote.

During such time, detainees are able to be out of their cells for 20 minutes at a time.

As of Wednesday, about 25 detainees are being isolated due to COVID. Another six staff members have tested positive.

“As a direct result, all individuals who have tested positive are under quarantine medical isolation due to their positive COVID test results and will remain so until further testing is conducted,” the Sheriff’s Office said in a news release. “Congregate eating will be suspended for the time being as meals are being served in individual cells.”

Currently the jail houses about 371 men and women, including 312 (84%) who are awaiting trial, according to the Sheriff’s Office.

Andréa “Muffin” Hudson said she and others wrote the open letter after concerns were expressed during a Community Safety & Wellness Task Force meeting in mid-December. Hudson is a member.

Marcia Owen, who is co-chair of the task force, said in an email that the open letter comes from direct contact with detainees, month after month, who say they are kept in cells 23 hours a day on weekends and 21 hours all other days.

“We also hear about hopelessness and panic attacks,” Owen wrote.

The letter also says most of the people in jail are awaiting trial on a crime they haven’t been convicted of but for which they don’t have the money to cover a bail bond. The letter states that 67% of detainees suffer from mental illness “and are particularly harmed by isolation.”

The letter also contends that detainees’ solitary confinement has increased for those who do not cooperate with jail officials.

“I do not know how that is possible with limited staff and excessive confinement,” she wrote. “No one I know has received any type of program. What are these programs? Are they virtual? How many people are participating in the programs? What kind of evaluations have the programs received? …. What is the percentage of completion for the programs?”

Calling Bull City readers! We’ve launched The Durham Report, a free weekly digest of some of the top stories for and about Durham published in The News & Observer and The Herald-Sun. Get your newsletter delivered straight to your inbox every Thursday at 11 am featuring links to stories by our local journalists. Sign up for our newsletter here. For even more Durham-focused news and conversation, join our Facebook group “The Story of my Street.”