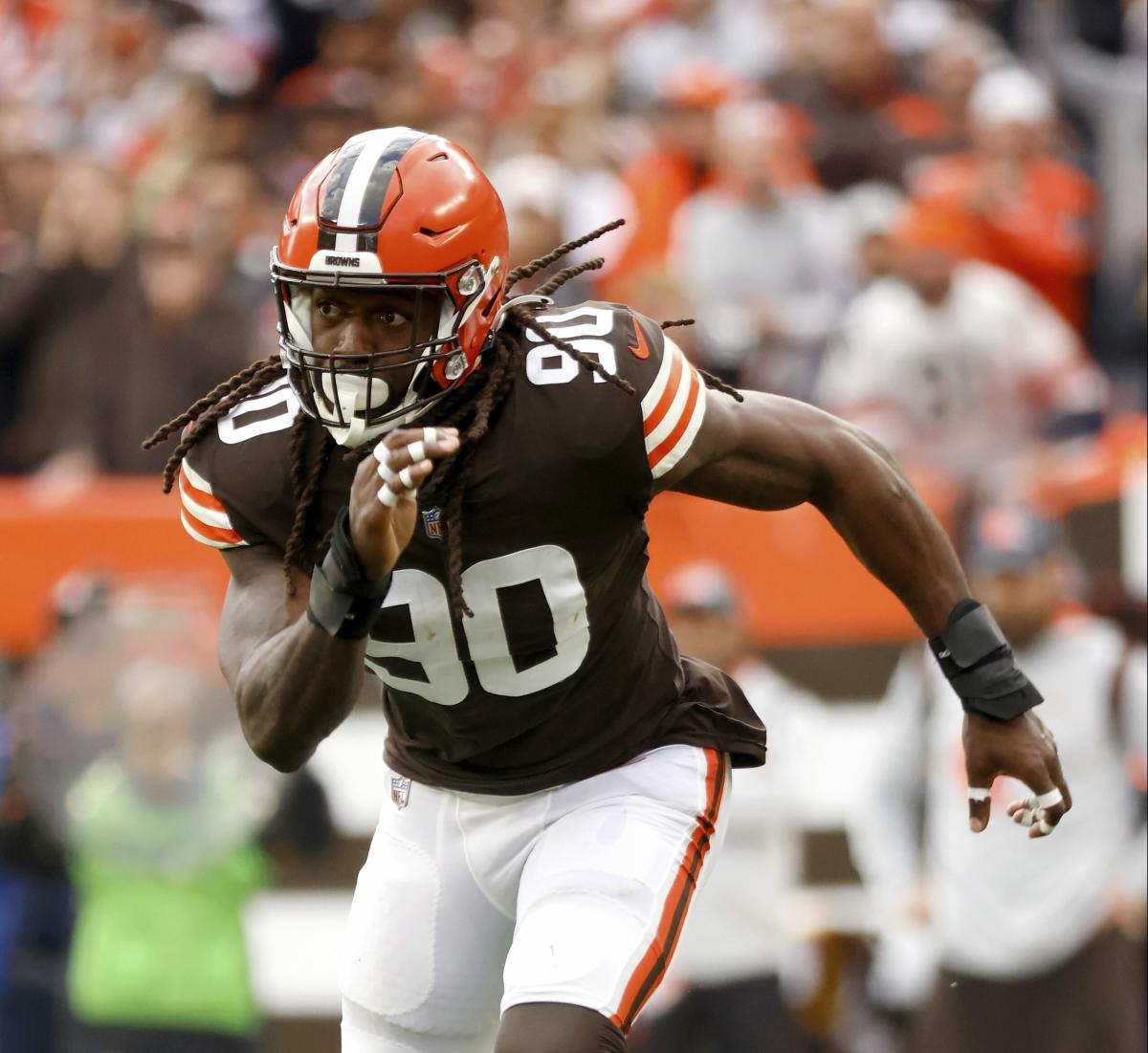 The Cleveland Browns and defensive end Jadeveon Clowney were able to re-sign another one-year deal this past offseason after he racked up nine sacks and performed as one of their best run defenders. It does not appear that he will be back in 2023 as he has started throwing haymakers at the Browns, the defensive staff, and even his teammate Myles Garrett in an interview with Cleveland dot com’s Mary Kay Cabot.

In this article, Clowney has stated that he is “95% sure I won’t be back” with the Browns in 2023, among other juicy quotes about the team he currently plays for. Here are some other quotes from Clowney’s interview with Cabot that stood out as well.

Upon Further Review: What stood out from the all-22 vs. Commanders?

“…I’ve just got to go somewhere where someone believes in me.”

This quote is a bit weird considering Clowney had nine sacks a year ago and willingly decided to return to this franchise in the offseason. If Clowney truly felt like this coaching staff did not believe in him, then why did he come back in the first place?

He is frustrated. Clearly. But how much of this is pointing to the blame for a lack of production in 2022 compared to what he gave the Browns in 2021? The coaching staff is not flawless, especially on the defensive side of the football, but the timeline is sketchy here.

“There’s supposed to be a lot of changes around here next year, so they might not be back — and I might,”

Cleveland Browns defensive coordinator Joe Woods looks to the scoreboard for a replay during the first half of an NFL football game at FirstEnergy Stadium, Sunday, Oct. 17, 2021, in Cleveland, Ohio. [Jeff Lange/Beacon Journal]

The part about this quote that sticks out is that Clowney seems to be hinting that the noise surrounding Joe Woods is not quiet. If players are hearing it and discussing it, then it is fairly common knowledge at this point. And Woods himself seems to know it.

Clowney, however, uses “they” language, and while that could mean head coach Kevin Stefanski, the better bet is that it means the entire defensive staff, including defensive line coach Chris Kiffin.

“I could still end up in the division next year”

Cleveland Browns linebacker Jadeveon Clowney (90) celebrates a sack during the first half of an NFL football game against the Cincinnati Bengals, Sunday, Jan. 9, 2022, in Cleveland. (AP Photo/Nick Cammett)

Clowney has been linked to the Baltimore Ravens in the past, and given the Ravens’ prowess to acquire aging pass rushers to get the most out of them, it seems like this is a likely fit. And one that Clowney already clearly has in the back of his mind.

Keep that one in your back pocket as free agency rolls around. Or should I say when training camp is almost underway as that is when Clowney prefers to sign anyway?

“…they don’t want me to outplay nobody”

A central theme of this article revolves around the Browns’ desire to work Myles Garrett into favorable matchups. And, well, why wouldn’t they? What franchise in their right mind would toss aside a top-three defensive player in the league for a one-tracked 30-year-old pass rusher?

He also made comments that were direct shots at Garrett like, “You’re all trying to get somebody into the Hall of Fame when all that matters is winning,” and “We practiced all week, and we get in the game and they want to move me… I’m not doing that (stuff). I’m old. I’ve done my job.”

It’s clear Clowney wanted to be featured off the edge, and it’s clear the Browns were more interested in getting pressure with four men the best they could.