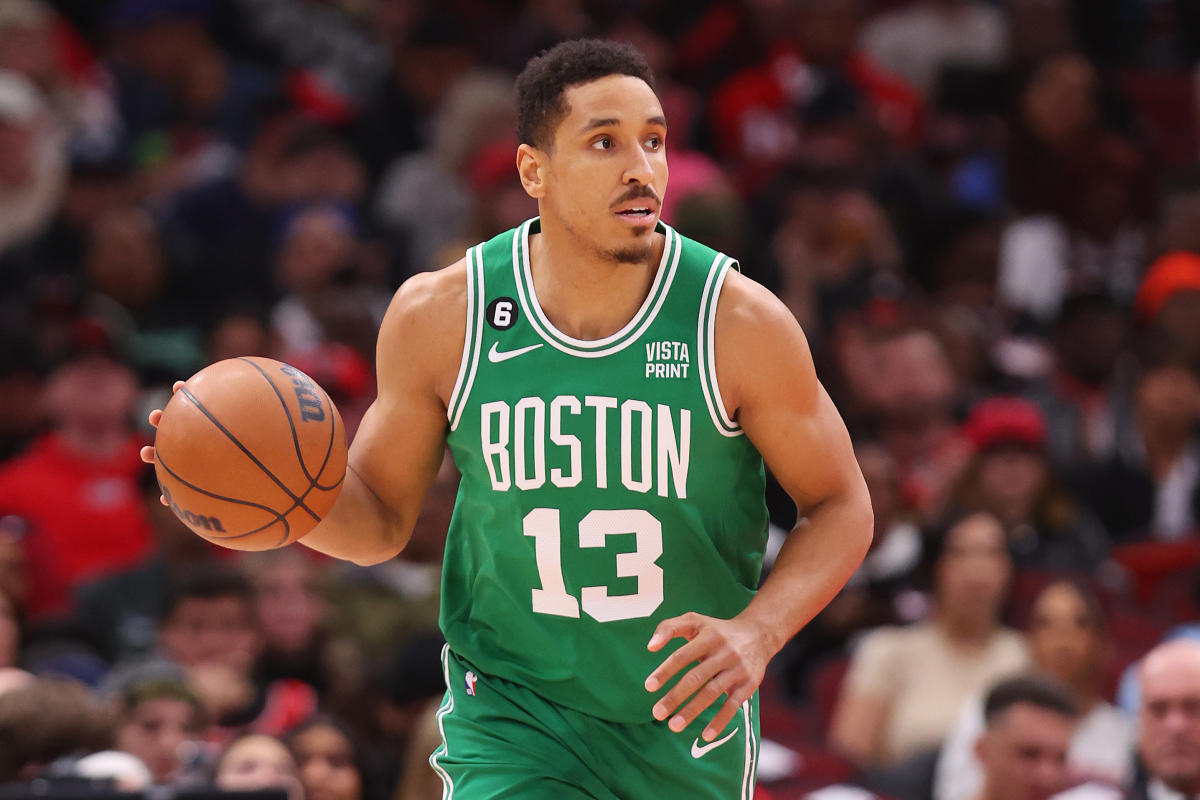 Injuries continue to pile up across the NBA, some of which have left fantasy basketball managers scrambling for reinforcements. To add the hot waiver-wire option, sometimes you have to make a difficult decision on which players to drop. Let’s highlight five established players for fantasy managers who need an open roster spot to consider dropping.

The Celtics acquired Brogdon in a trade from the Pacers to make him a member of their second unit. After putting up some juicy fantasy stats as a starter during his tenure with the Pacers, analysts expected he would take a step backward with his new team. That has come to fruition, with him averaging 13.1 points, 4.2 rebounds and 3.8 assists over 23 minutes per game.

One of the reasons why the Celtics want to keep Brogdon playing limited minutes off the bench is that he has a checkered injury history. He has missed six games so far this season and hasn’t played in more than 56 games since the 2018-19 season. Expect the Celtics to take every opportunity to give Brogdon added rest, including keeping him on the bench in games where they have built up a big lead. They have been involved in a few blowouts lately, leaving Brogdon to score fewer than 10 points in four of his last five games. There will be nights when he goes off based on his talent, but with his uneven production, it’s not a crazy idea to drop him if you need a more reliable option.

A foot injury limited Hardaway to just 42 games last season. An extended absence was rare for him, given that he had played at least 70 games in each of the previous two seasons. He struggled with his efficiency when he was on the floor, shooting just 39.4% from the field. That left him to average 14.2 points per game, which was his lowest mark since the 2015-16 season.

Hardaway doesn’t typically provide much in the way of rebounds, assists or defensive stats, which makes him difficult to roster in most formats when he’s not shooting for a high percentage. He’s down to 38.4% from the field this season, leaving him to average a modest 13.8 points per game. Unless you’re desperate for his 2.8 3-pointers per game, he’s hurting fantasy managers enough in most categories to be worth dropping.

Clarke has missed the last two games with a hip injury, but that’s not why he’s on this list. The problem for him again has been a lack of playing time this season. He’s averaging just 20 minutes per game, which is precisely what he averaged last season when he put up 10.4 points and 5.3 rebounds per game.

With the same playing time this season, Clarke has averaged almost an identical 10.1 points and 5.5 rebounds per game. He has plenty of talent and is only 26 years old, but the Grizzlies have not indicated that they intend to play him more. In fact, they started Santi Aldama over him earlier this season when Jaren Jackson Jr. was hurt. It would likely take multiple injuries up front for Clarke to see a meaningful increase in playing time.

The rebuilding Rockets put Wall in a tough spot last season when they decided not to play him at all, despite him being healthy. His monster contract made him virtually untradeable, so he was forced to wait it out and look for a new opportunity as a free agent in the offseason. When he finally reached the open market, he joined the Clippers on a two-year contract in which the second year was a club option. He signed a prove-it deal to show if he could still contribute significantly to a contending team.

With Wall missing all of last season and having injury issues in the past, the Clippers have taken a very cautious approach with his playing time. He has been sitting for at least one game of back-to-back sets and is averaging just 22 minutes per game. The Clippers have a ton of depth, including at point guard, where Reggie Jackson played exceptionally well in a leading role last season. Wall is shooting 41.4% from the field and 67.9% from the charity stripe, averaging 11.5 points and 5.2 assists in his limited role. While his assists are helpful for fantasy managers in need, the rest of his contributions don’t make him a must-roster player anymore.

The Jazz dove into a rebuild this past offseason, trading away two star players in Donovan Mitchell and Rudy Gobert. O’Neale isn’t on the level of either of those two, but he was a critical role player for them, providing defense and 3-point shooting. His trade to the Nets put him back on a contending team, slotting him into the starting lineup alongside two more stars in Kevin Durant and Kyrie Irving.

Playing time has not been a problem for O’Neale, who is averaging 35 minutes per game. He has been an asset from behind the arc, providing 2.3 3-pointers per game. He is also averaging a career-high 4.2 assists. However, his contributions in other areas leave a lot to be desired. His averages of 9.3 points and 4.8 rebounds won’t move the needle in most leagues, and he has been a detriment in percentage leagues by shooting 40.0% from the field and 64.0% from the free-throw line. The Nets aren’t going to change his role anytime soon, so he’s not a must-roster player.